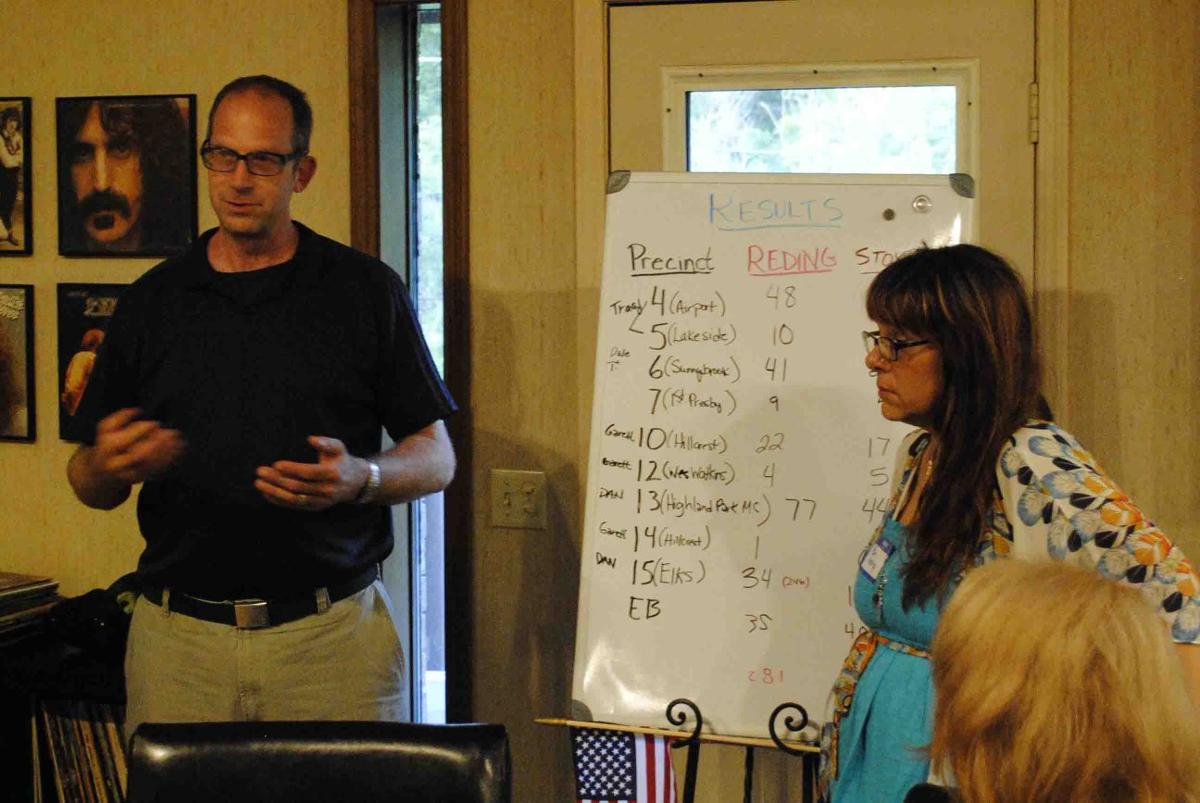 Chris Reding thanks family and friends Tuesday night after results showed him to be the winner of the District 2 Payne County Commission Republican primary. 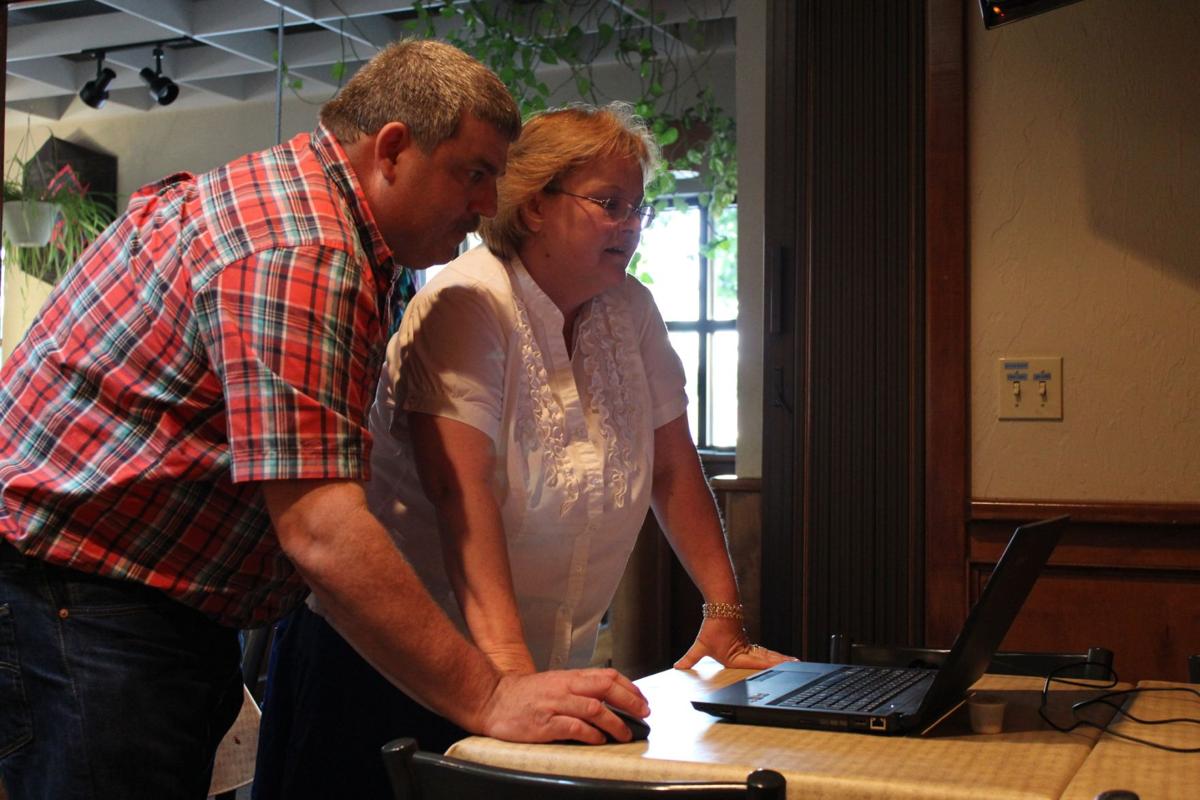 Ruth Stover, a candidate for Payne County Commission's District 2 seat, watches a laptop Tuesday night as results from the Republican primary come in.

Chris Reding thanks family and friends Tuesday night after results showed him to be the winner of the District 2 Payne County Commission Republican primary.

Ruth Stover, a candidate for Payne County Commission's District 2 seat, watches a laptop Tuesday night as results from the Republican primary come in.

Chris Reding will be the next county commissioner for Payne County’s District 2.

With 59 percent of the vote, Reding defeated Ruth Stover in the Republican primary. District 2 Commissioner Democrat Gloria Hesser announced she would retire this spring. No Democrat candidates filed, making Reding the de facto winner. Elected Payne County officials have a salary of $60,468.

Stover told supporters that she tried her best and was happy with how she ran her campaign.

In all, 474 voted in the District 2 Republican primary. Stover said she wished that number was higher.

“I am disappointed at the voter turnout,” she said. “I felt it was rather low.”

Stover said it was too early to say whether she would run for public office in the future, but said anything was possible.

Oklahoma enacted a new campaign law in 2012 designed to give more time for overseas troops to send in absentee ballots. The law lengthened the election calendar significantly leading up to the Nov. 6 election, which means that while Reding knows he will take office, he will wait until Jan. 1 to be sworn in.

Reding thanked his family and campaign volunteers at a Stillwater home Tuesday night. He said that he will use the time to learn the job and prepare.

“The nice thing about having six months before I take office is I’ll have a chance to learn the building, learn the people, get more familiar with what’s going on and what ideas are in the works so that when I get in there I can hit the ground running,” Reding said.

He added he hopes to get an accurate picture of how the county operates so he has no misconceptions once he is sworn in. Payne County’s District 2 falls nearly entirely within Stillwater city limits, covering more than 25,000 residents. Because most roads in the district are owned and maintained by the city of Stillwater, the primary responsibilities for the District 2 commissioner focus on administration, representing Payne County on a number of boards and committees and the upkeep of the county administration building, jail and courthouse.

During the campaign, Reding said he wants to see the county take an active role in spurring economic development. Tuesday night, he reinforced that as a priority.

“A lot of the things we want to do ... (are on) the economic development side,” Reding said. “That’s really something that’s a big passion of mine for this county.”

Robert E. Hunsinger of Glencoe, Ok passed away on March 29th, 2021. He was 61 years old. His memorial service will be held at Fort Gibson National Cemetery on April 20, 2021 at

Andrew Lyle Harris was born June 1, 1981 in Stillwater, Oklahoma to Donald and Florence (Wheeler) Harris. He grew up in Perkins, Oklahoma where he graduated from high school. Andrew then went to OSU at Okmulgee and earned an associates degree in Automobile Mechanics. Working for over 20 year…