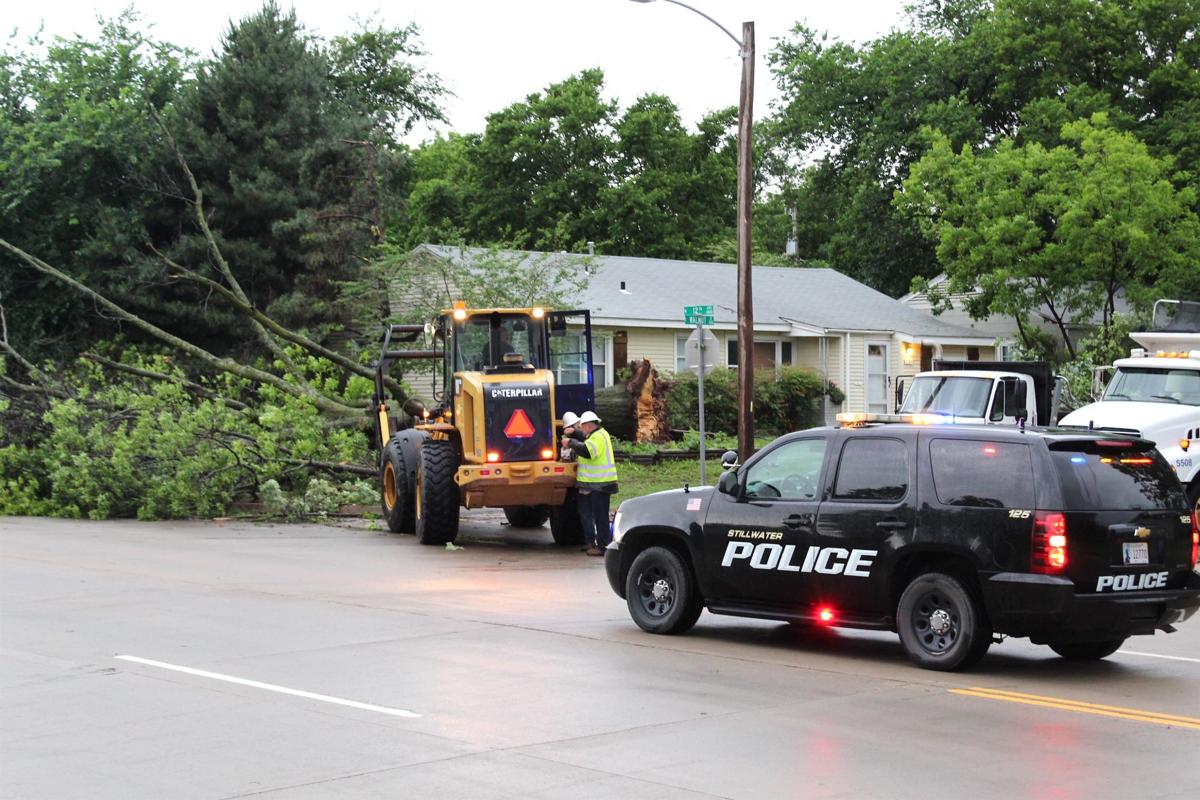 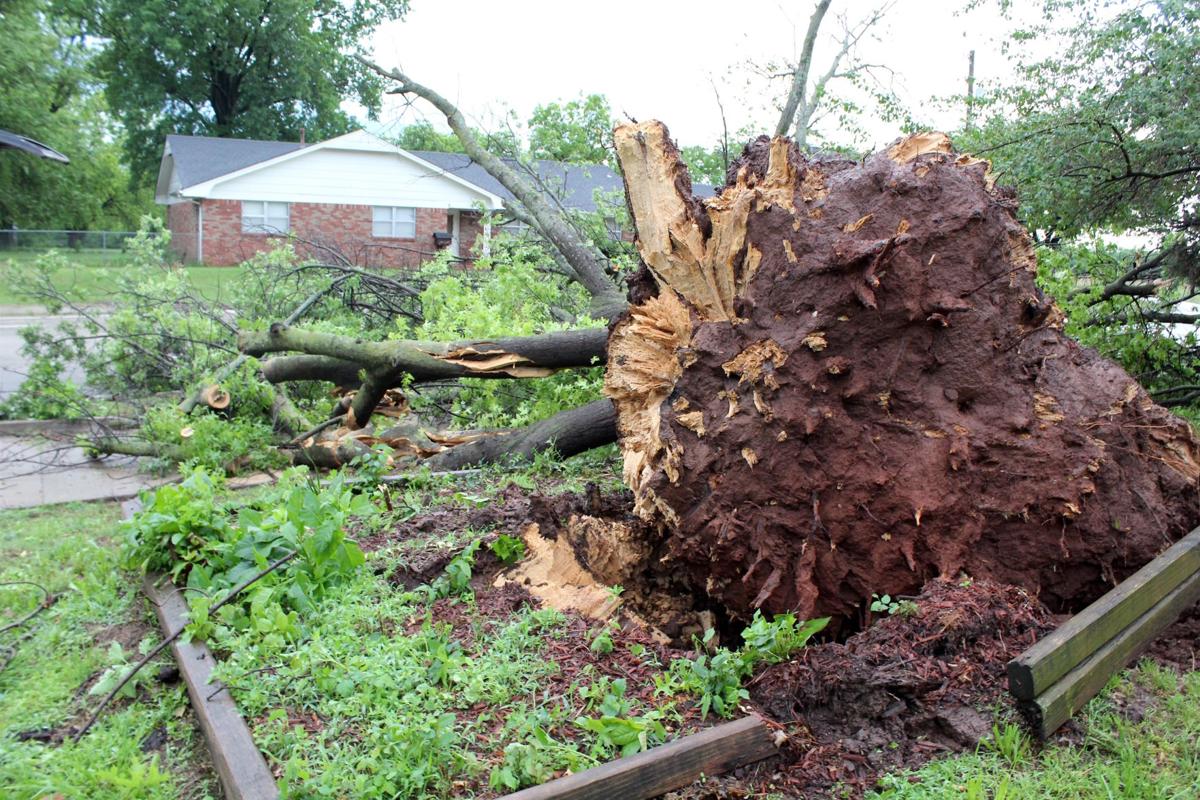 High winds and saturated soil contributed to a large tree breaking off at the roots and popping out of the ground at 12th. Ave. and Walnut Street Friday morning. Both westbound lanes of 12th Avenue were blocked by the fallen tree. 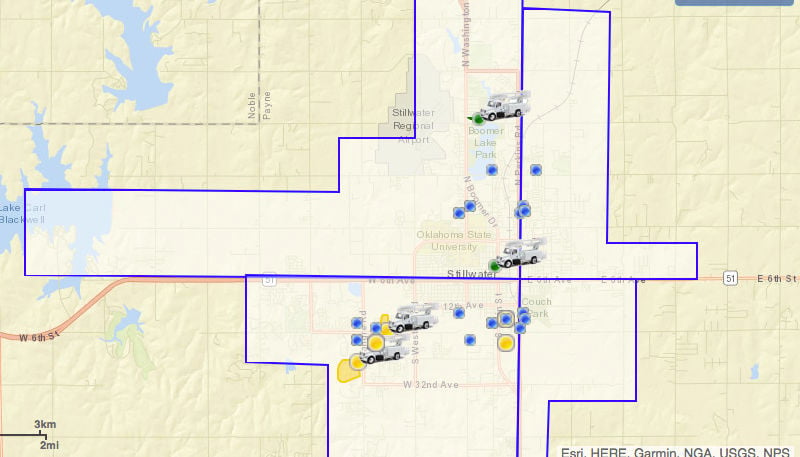 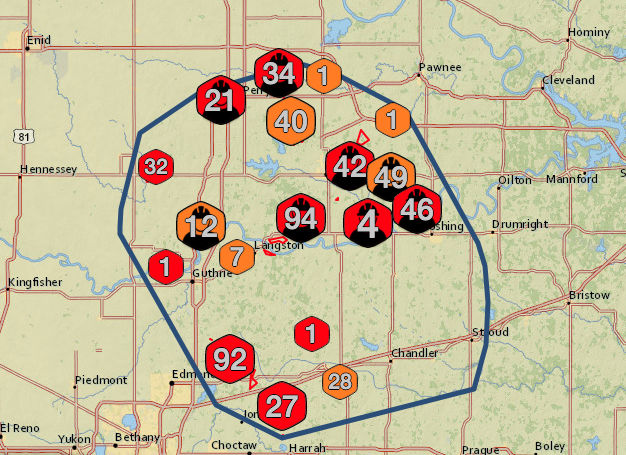 A line of severe thunder storms moved through the Stillwater area early Friday morning. The storm front was followed by straight line winds measuring up to 81 miles per hour that damaged trees and roofs and knocked down power lines.

The strongest winds were west and south of Stillwater. Winds within the city limits were recorded at 60 miles per hour while Perkins experienced winds up to 71 miles per hour.

David Sasser of the Perkins Journal reported that a tractor trailer parked at the Ampride station at US 177 and state Highway 33 appeared to have blown over during the storm. A portable storage building on display nearby was destroyed and many tree limbs were down in the Perkins area.

At 9:55 a.m. 191 Stillwater Electric customers were without power. Central Electric Cooperative reported 540 customers without power in an area extending from Jones to Perry and west of Guthrie to Cushing.

OG&E said it restored power to more than 22,000 customers who lost power Friday morning. By afternoon, 5,455 remained without power.

Customers in Edmond, Guthrie, Midwest City and Oklahoma City were expected to have power restored by Friday night.

As heavy rain moved into Stillwater, Hill warned of localized flooding and ponding on city streets. He also warned drivers out in the early morning hours to be careful of the numerous tree limbs in the roadway.

Stillwater Electric and Public Works crews were out in force this morning addressing the power outages and clearing tree limbs from city streets.

OG&E warned anyone who lost power to be aware of safety concerns: