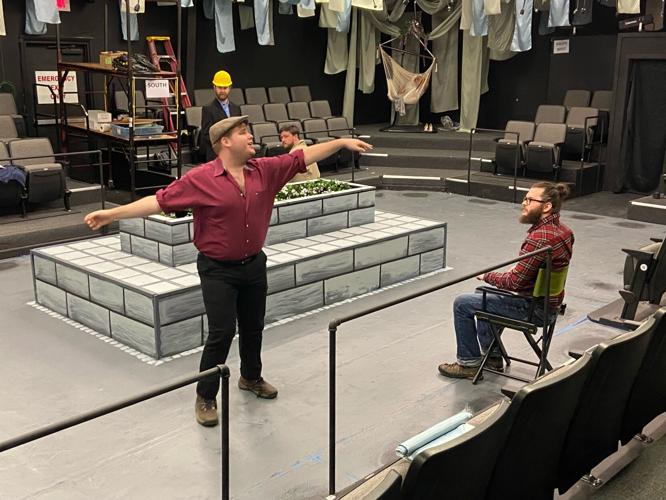 The performance will include a pre-show lecture to provide some context and information to help audiences better understand the characters and story. Shakespeare can be daunting, but it’s one of the most approachable and relatable in Shakespeare’s canon. 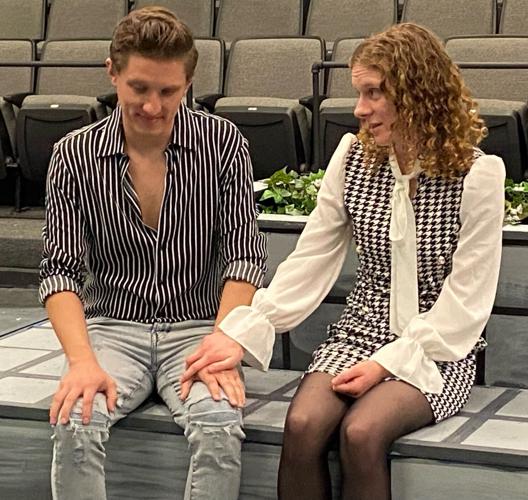 The performance will include a pre-show lecture to provide some context and information to help audiences better understand the characters and story. Shakespeare can be daunting, but it’s one of the most approachable and relatable in Shakespeare’s canon.

It’s been over 40 years since Town & Gown Theatre produced Shakespeare’s beloved comedy, “A Midsummer Night’s Dream” in 1979, directed by Vivia Locke of the OSU theater department; and over 30 years since 1990’s production of “The Taming of the Shrew.”

Town & Gown volunteer Renae Perry felt it was long past time to revisit the Bard’s work. April’s production of “A Midsummer Night’s Dream” as directed by Perry will once again feature contributions from the OSU Theater department in the persons of Stage Manager Leah Anderson, Assistant Stage Manager Alex Ledbetter, and Costume Designer Sydney Weiser.

The show will also include an original underscore created by Perry and her friend David Mathews. The score uses a combination of Renaissance chant and church music along with more modern techniques. Instrumental sections were recorded by a piano and string quintet and four of the fairies, along with Nick Bottom, will sing live.

In one of the most famous of literary love quadrangles, “A Midsummer Night’s Dream” tells the tale of Hermia, Demetrius, Lysander, and Helena – four misguided lovers whose journey into the woods lands them in deep trouble when members of the fairy kingdom decide to use them as pawns in their own love games.

Against the backdrop of the wedding of Duke Theseus and Hippolyta, and the fiery battle of wills between the Fairy King and Queen, Oberon and Titania, the four lovers are challenged by magic and trickery to finally work out what love is all about.

Perry’s production is set in a modern-day courtyard at a royal residence. Given the fact that Shakespearean language can be daunting for audiences, Town & Gown Board member Betsy Flood will provide a 15-minute presentation beginning 30 minutes before each show covering the plot of the play and offering information about the mythological context of the characters.

The large cast of “A Midsummer Night’s Dream” features a mix of Town & Gown veterans who will be instantly recognizable to patrons and many new faces gracing the T&G stage for the first time.

As Perry puts it, the show also relies on “… a massive crew executing what is truly a technical feat… bringing artists from Oklahoma, Colorado, and Texas into the Town & Gown fold.”

Perry is excited to bring “A Midsummer Night’s Dream” to life on the Town & Gown stage. “I could not be more thrilled to work with this remarkable cast and crew. The amount of talent we have is far greater than I could have expected or asked for, and I am so impressed with the work everyone has put into the show already. I can’t wait to see our vision brought to fruition. This production will be fresh, exciting, and accessible, and we hope it will spark a renewed enthusiasm for the Bard’s works at Town & Gown.”

“A Midsummer Night’s Dream” will run from March 31 to April 3 and April 7-10. Tickets went on sale Monday and can be obtained by calling the box office at 405-372-9122 or visiting the theatre’s website at www.townandgown.org. Tickets prices are $14 for adults, $12 for students, and $12 for seniors attending either Sunday matinée.

Sandra Kay Weitensteiner, 68, passed in her home surrouned by love on March 22, 2022. Services will be held June 10th from 4-6 pm at the Butterfly Pavillion in Honor Heights Park, Muskogee, OK. Full obituary: http://www.balboacremations.com/

David Bruneau died January 5, 2022. Celebration of Life will be 12-3:00 p.m. Saturday, May 21, 2022 at the Hideaway Pizza in Stillwater. Condolences may be sent to the family and an online obituary viewed by visiting www.strodefh.com.