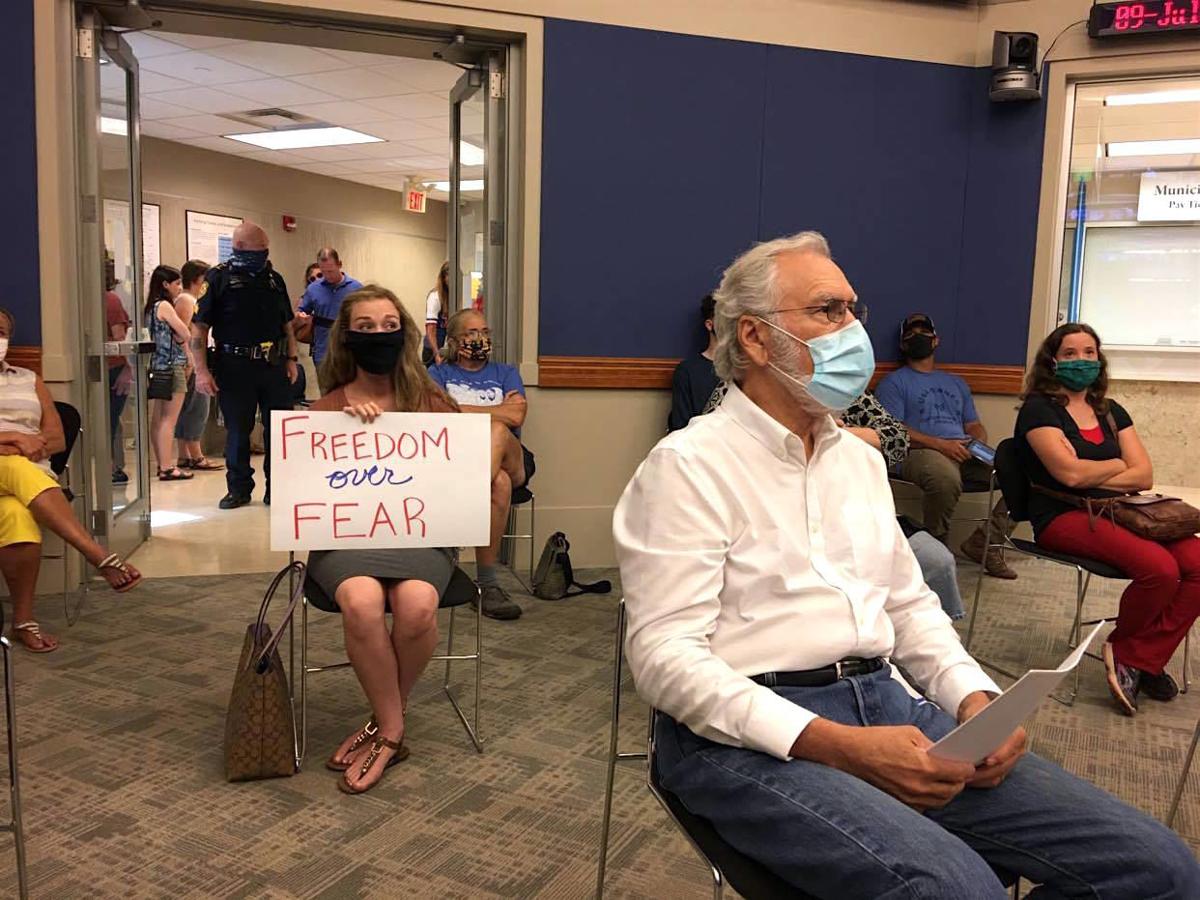 About 50 people showed Thursday to protest a municipal mask ordinance under consideration by the Stillwater City Council. The Council unanimously voted to adopt the ordinance, which requires face coverings in public places for most people over age 5, beginning on Saturday. 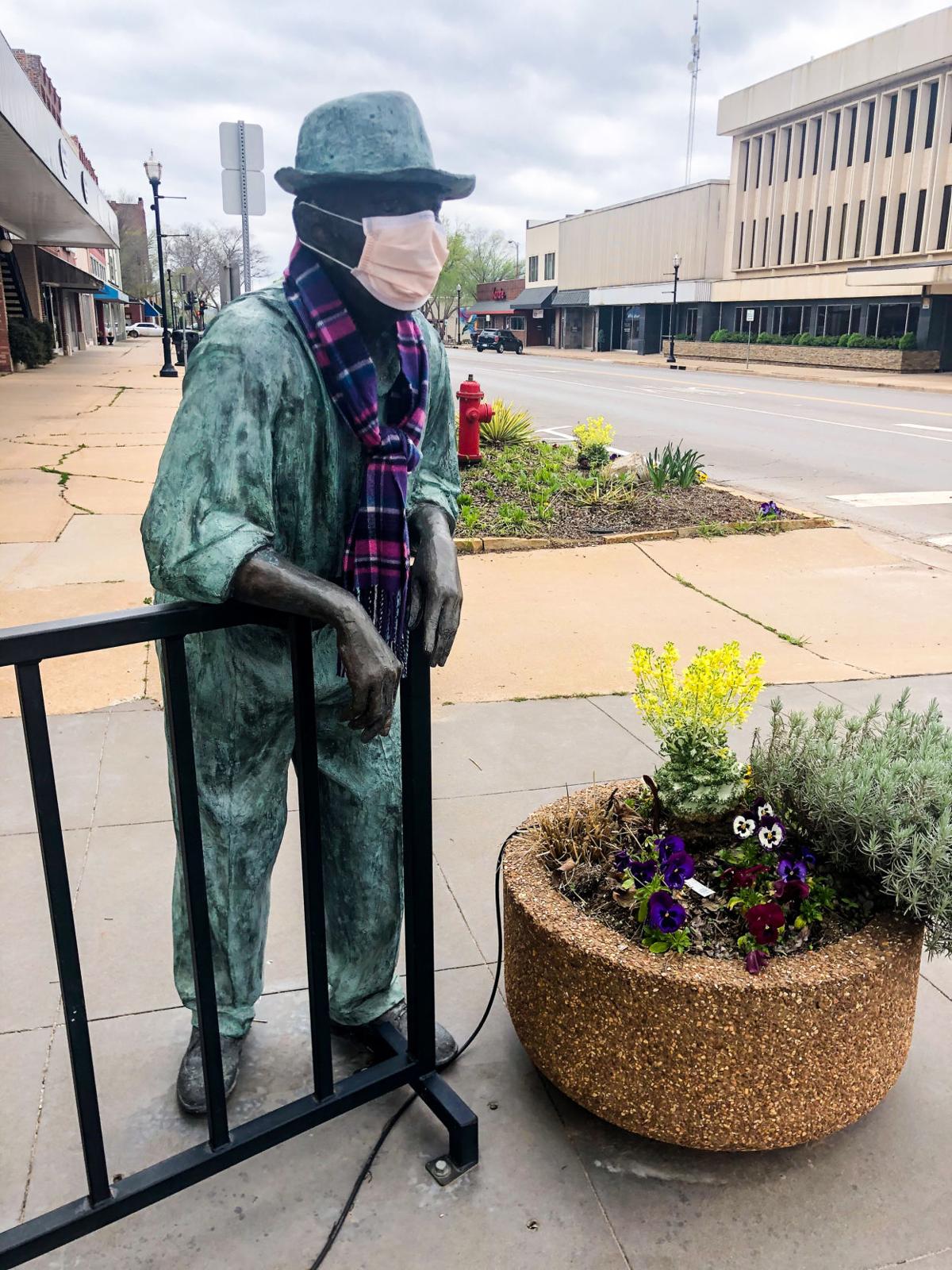 A statue in downtown Stillwater had a mask placed on it during the COVID-19 pandemic.

About 50 people showed Thursday to protest a municipal mask ordinance under consideration by the Stillwater City Council. The Council unanimously voted to adopt the ordinance, which requires face coverings in public places for most people over age 5, beginning on Saturday.

A statue in downtown Stillwater had a mask placed on it during the COVID-19 pandemic.

The Stillwater City Council has approved a revised face-covering ordinance for public areas that will go in effect Saturday.

It was passed unanimously, 5-0, during a Council meeting Thursday following its passage onto second reading during Monday's regular meeting.

Face coverings will be required in public places within the Stillwater City Limits with exceptions for children under 5 and people exempted under CDC guidelines due to health conditions, mental health concerns or intellectual disability.

Masks don’t have to be worn during activities where it is not possible, like while eating or drinking, during medical or dental treatments, while swimming or using the city’s public splash pads.

Businesses will be required to post signs informing of the requirement and face a $500 fine for failure to post. The signage will be made available for download at stillwater.org.

The councilors heard from about 20 speakers during the public comment portion of the meeting, with a strong contingent of residents who said they object to the ordinance because they believe it violates their personal freedom.

“It’s not my responsibility to protect other people’s health,” Tammy Boylen said. “That’s their responsibility. As a community, we’re responsible for everyone, not just the sick or elderly.”

Several said they are not personally against the wearing of masks, but they are against a government body requiring them to. At least one person made a comparison to Nazi Germany.

Kirsten Hart, who encouraged the councilors to approve the ordinance on Monday, once again spoke in support. After reading through a list of health measurements in which Oklahoma does not fare well, including the number of people who are uninsured, she said it really comes down to a matter of accepting that your personal comfort comes second.

All three urged the council to enact the ordinance.

“This is an incredibly complex virus, highly infectious,” Root said. “It’s not just a respiratory infection … It’s like SARS, MERS and HIV combined.”

She went on to describe how the virus also causes inflammation throughout the body, thickening of the heart muscle and micro-clots that effect the brain and blood vessels.

We don’t currently have an effective treatment and clinical trials on vaccines have just started, she said.

Stone Lambert urged people objecting to the ordinance to “Get over it … It’s temporary.

"If we can do anything to mitigate this issue, we should,” he said. “Clearly people won’t do it out of the kindness of their hearts.”