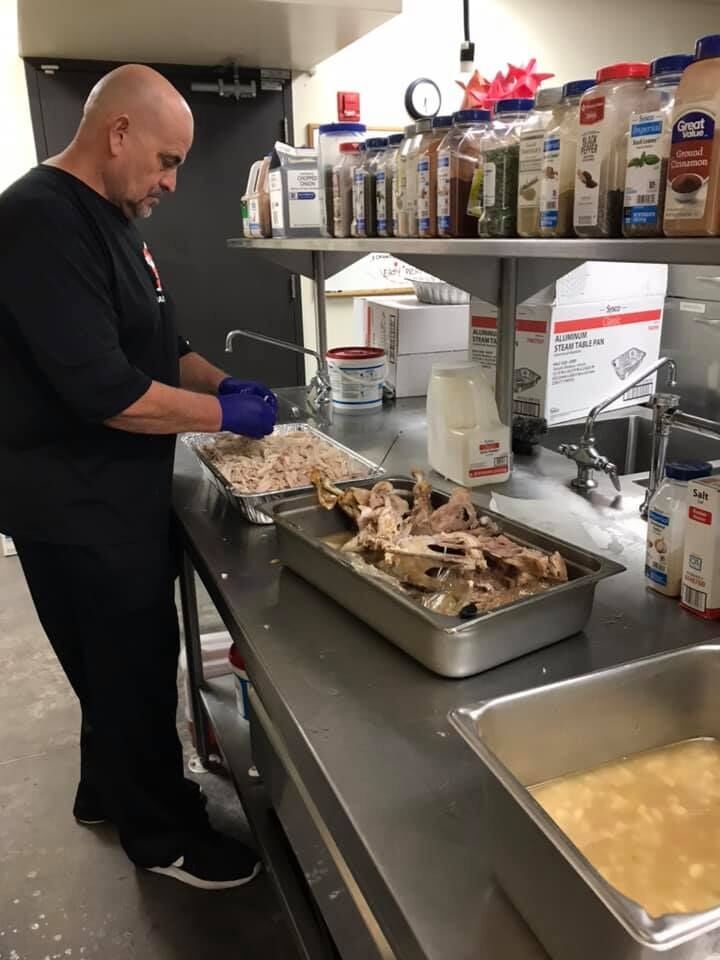 A volunteer in 2019 helps prep the annual meal that serves over 1,000 people for Thanksgiving. 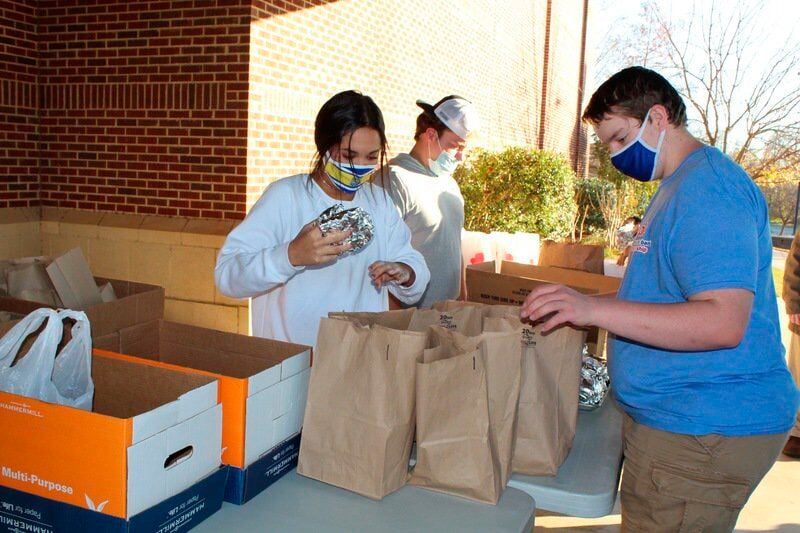 A volunteer in 2019 helps prep the annual meal that serves over 1,000 people for Thanksgiving.

Many things have changed, at least temporarily, during the COVID-19 pandemic, but Stillwater’s community spirit remains strong. That’s clear when you look at the effort volunteers who organize events like the Community Thanksgiving Dinner put into ensuring those traditions kept going, even under less than ideal circumstances.

For the second year in a row, the Community Thanksgiving Dinner – held since 1985 as a sit-down event where more than 1,100 members of the community would gather to share a meal – will be handed out by volunteers in a drive-through process.

Instead of being held Thursday, the Thanksgiving dinner pick-up will be Wednesday afternoon, 2-5:45 p.m. at First United Methodist Church, 400 W. 7th Ave.

It will wrap up earlier if they run out of food, organizer Christina Morrill said.

Some supplies are still needed, and the effort could use more volunteers, especially for the 5-7 p.m. serving and clean-up shift, she said.

Anyone who wants to help can view the needs and register at https://bit.ly/30MM85h.

Morrill is one of the last remaining members of the “Turkey Squad,” a group of volunteers that took over coordinating the Community Thanksgiving Dinner about seven years ago, when original organizer Pat Dorr stepped down after 30 years at the helm.

Morrill said she’s just glad they have been able to continue and she’s looking forward to hopefully having it return as a community gathering next year.

The change in format hasn’t created less demand for meals and the organizers aren’t expecting to feed fewer people this year.

In fact, they gave out about 1,400 meals last year, a few hundred more than usually served. This year, they’re planning for up to 1,600, Morrill said.

In addition to serving the public, the volunteers will be cooking and packing Thanksgiving meals for the residents at Roxie Webber Plaza and MPower, as well as Stillwater Mobile Meals, she said.

All that interest created traffic congestion in the neighborhoods around FUMC last year, when people showed up early to get a good place in line and deliveries lagged as pre-orders were confirmed and gathered, Capt. Kyle Gibbs of the Stillwater Police Department said. The side streets from West Street almost to Washington Street, between 7th and 9th avenues were clogged with cars and people started pulling over in the no parking zone along 9th Avenue.

Gibbs said the meal is a great thing and he’s glad they’re still able to do it but he’ll be glad when things go back to normal.

So adjustments have been made to the process for this year.

Starting at 2 p.m., vehicles can enter the parking lot at the FUMC Family Life Center from either of the entrances off 7th Avenue and pull into one of two serving lines.

Everyone will exit onto 8th Avenue.

Volunteers from Stillwater Emergency Management will once again help with traffic control.

All meals will be individually packed and given out on a first-come, first-served basis. No pre-orders will be taken. Each meal includes turkey, dressing, mashed potatoes and gravy, green beans, cranberry sauce, a dinner roll and pie.