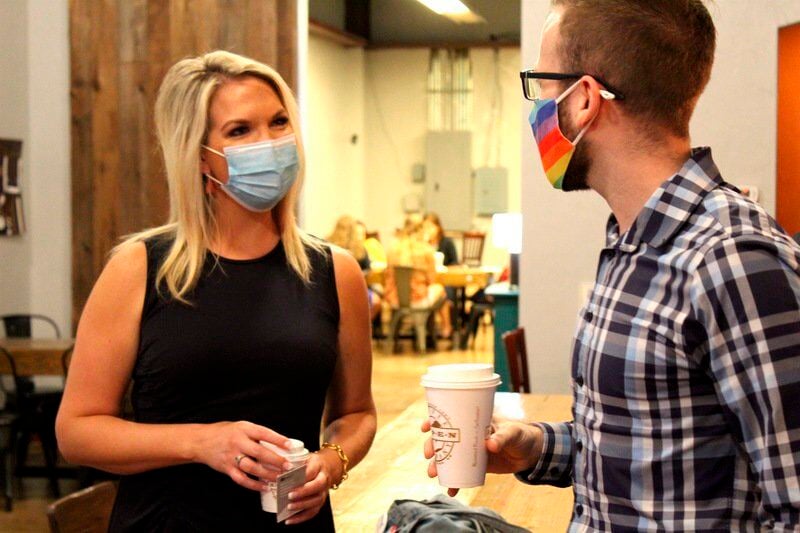 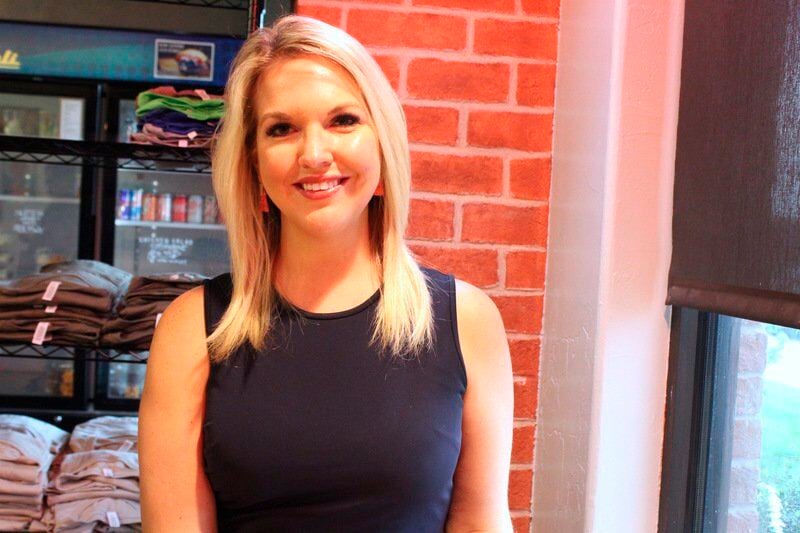 U.S. Senate candidate Abby Broyles will be in Stillwater doing voter outreach on Tuesday. Information about her campaing stops is posted on the Abby Broyles for Senate Facebook page. Michelle Charles/Stillwater News Press

U.S. Senate candidate Abby Broyles will be in Stillwater doing voter outreach on Tuesday. Information about her campaing stops is posted on the Abby Broyles for Senate Facebook page. Michelle Charles/Stillwater News Press

Democratic candidate for U.S. Senate Abby Broyles made a Thursday campaign stop in Stillwater as she criss-crosses the state to meet voters.

Broyles, a former reporter and anchor in Oklahoma City, put herself through law school while working at KFOR-TV and currently practices family law.

The Bethany native defeated three other candidates in the June 30 Democratic primary by a wide margin, capturing 60.45% of more than 271,000 votes statewide.

Broyles didn’t decide to step off the sidelines and launch a campaign until last fall.

“As a journalist for 10 years, I put myself through law school and to be honest, I didn’t imagine running for office when I set off on my journalism career but I saw firsthand how out of touch Jim Inhofe was with everyday Oklahomans,” she said. “I covered the federal delegation and I saw, for instance, him go down to Midwest City where we had covered a story for two years. Families were dealing with mold and asbestos in base housing. The families called and emailed his office and he didn’t respond. And so, almost two years later, he came down and held the press conference in October and said, ‘Wow, the housing here is great. If it would have been this nice when I was in the Army, I would have stayed longer.’ And I just thought, ‘How much longer do we have to take it from him?’ He’s been the Senator so many of us have known our entire lives. He was elected in '94. I was in kindergarten. And this is someone who has enriched himself instead of looking out for everyday Oklahomans.”

She said she hears the same story over and over as she talks with people who say they are hungry for change and new leadership.

“Especially when it comes to Inhofe, there is nobody who is more out of touch with the struggles people here face,” Broyles said. “I’ve sat in living rooms all over the state as a journalist, hearing their stories and what they’re struggling with. Jim Inhofe has no idea what we go through when it comes to health care or education. People just want to be heard and they want a leader to go work for them.”

Going up against a deeply entrenched incumbent whose campaign has raised a war chest of almost $4.4 million as of June 23, according to opensecrets.org, isn’t an easy thing to do.

Doing it as a Democrat in a “red” state dominated by Republicans and during a time of intense political polarization makes it even harder.

But Broyles thinks it's ultimately connecting with people and taking care of your constituents.

“This campaign is less about red vs. blue and more about right vs. wrong,” she said. “People have seen this year, a complete lack of leadership out of D.C. that’s almost as frightening as the pandemic itself. People are really concerned about their futures. I’ve been to communities Jim Inhofe has never stepped foot in.”

She points to families she’s spoken with in Miami as an example. Many of their homes have suffered flooding that residents believe will only continue in intensity since Inhofe introduced a widely criticized amendment to the defense spending bill that reduces regulation on the Grand River Dam Authority and allows it to keep the water level high in Grand Lake, where Inhofe owns a vacation home.

Broyles said she wants to work with anyone, Republicans, Democrats and Independents who is willing to make a better life for Oklahoma families.

Oklahoma Democrats aren’t like East and West coast Democrats, she said. They are more moderate.

“I feel like party matters less in this race than in some other traditional races just because there is an extreme contrast in, you know Jim Inhofe is in it for himself. I want to go work for everyday Oklahomans.”

Information about Broyles and her campaign can be found at abbybroyles.com.

Broyles is working her way around the state, reaching out to voters and holding online events. Upcoming appearances and events are listed on the Abby Broyles for Senate Facebook page.

She plans to return to Stillwater on Tuesday.