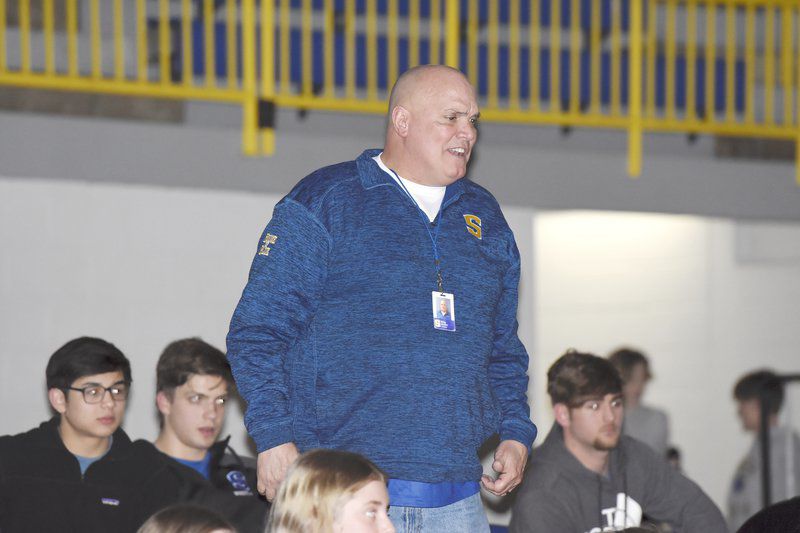 Jimmy Gillispie/Stillwater News Press Longtime Stillwater High wrestling coach Doug Chesbro has announced he will stepping away from the program after this season. He's spent 25 years coaching the Pioneers. 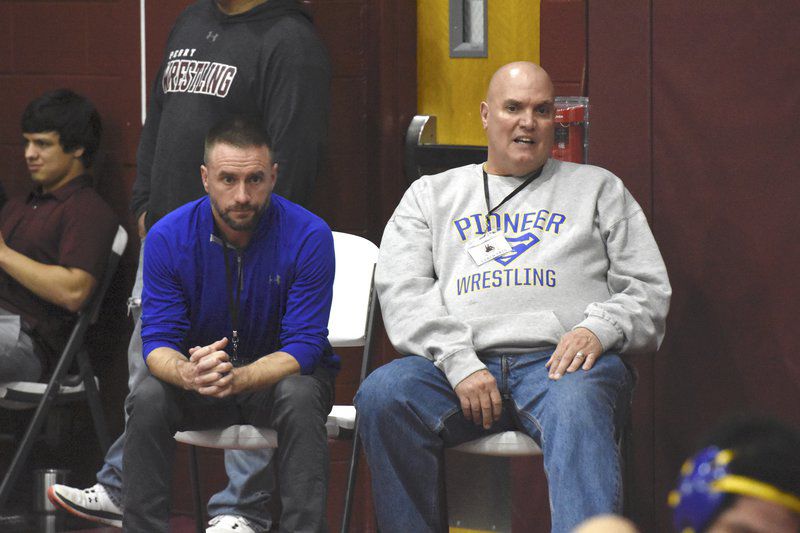 Jimmy Gillispie/Stillwater News Press Longtime Stillwater High wrestling coach Doug Chesbro, right, has announced he will stepping away from the program after this season. He's spent 25 years coaching the Pioneers. 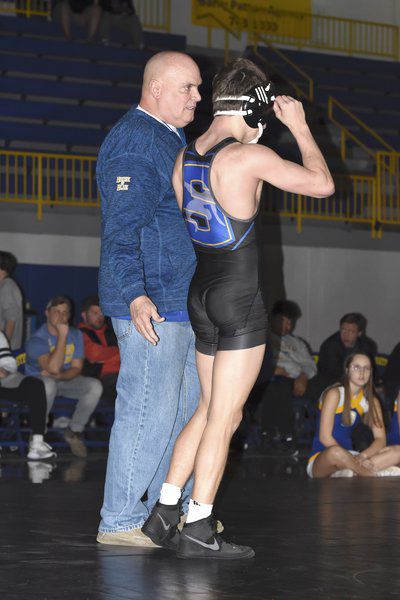 Jimmy Gillispie/Stillwater News Press Longtime Stillwater High wrestling coach Doug Chesbro has announced he will stepping away from the program after this season. He's spent 25 years coaching the Pioneers.

Jimmy Gillispie/Stillwater News Press Longtime Stillwater High wrestling coach Doug Chesbro, right, has announced he will stepping away from the program after this season. He's spent 25 years coaching the Pioneers.

Longtime Stillwater High wrestling coach Doug Chesbro announced Thursday that he will be retiring from coaching at the end of this season.

Chesbro is in his 32nd year as a wrestling head coach with the past 25 years coming at the helm of the Pioneer program.

“It’s going to be tough, for sure, but I keep telling people I want to leave when I don’t have to physically,” Chesbro said Thursday following his team’s 56-9 drubbing of Ponca City. “I’m about at the end of my rope, physically, but there’s not too much time left to when I would have to be done.

“I’m not there yet, so if I slide out now when I still have my wits about me, and I still have a little bit – a small bit – of youth left, maybe I’ll have some time to get some things done with my family, and hang out with my grandkids. I’m looking forward to that.”

But Chesbro isn’t hanging up the shoes in a time when the program is reeling – like a few years ago when they didn’t have a single state qualifier returning. Instead, Stillwater has one of the youngest group of wrestlers in the state and is ranked in the top 5 in Class 6A – and are one win away from stamping a spot in the dual state tournament.

“It kind of shows how unselfish he is in giving up something that is in a pretty good state right now. Our team is really good,” assistant coach Cody Stites said. “… We’re graduating two seniors off of this team, maybe three depending on what night it is. So this whole team is coming back for someone new.

Chesbro took over at Stillwater in 1995 after several years of coaching in Wichita, Kansas.

A Stillwater High graduate, and the son of former Oklahoma State wrestling coach Tom Chesbro, returning home to take over the wrestling program and having the longevity at SHS was something he had always envisioned.

“This was the only place I was ever going to go again,” Chesbro said. “This program, whoever takes this place, should never think of this as being a stepping stone, because it’s not. This is a place to stay and raise your family. It’s a wonderful town, it’s a wonderful school system, it’s a wonderful group of people around here.

“For anybody to think that it’s a way up to something else, nuh-uh. This was the end-all for me, and I feel completely blessed to have done it for all this time.”

According to Chesbro, the next head coach will not come from within the current coaching staff. Longtime assistants Jodie Wilson and Stites – both of whom wrestled at Oklahoma State – have full-time jobs outside of the education system that would make it difficult on them to step into the role of leading the program.

But that’s not to say that they intend to leave the program along with Chesbro.

The hope for the departing head coach is that whoever takes the jobs takes on his current staff, several of whom were part of the best stretch of Chesbro’s tenure at SHS when the program won a state tournament title and a dual state title this past decade.

“If anybody would come in here and not consider having the three or four guys that I have working for me to be under them, then they’re crazy because they’re as good as gold,” Chesbro said. “This program is in their hearts, too. And they have kids in the program, so it means something to them.”

While Chesbro has run the program for the past 25 years, he said he doesn’t think that gives him any credence in naming his successor, but he is hopeful that the administration uses him as a resource when they begin the search.

“We’re going to miss him a lot. He’s a great coach,” said Stillwater High junior wrestler Carter Young, who was a state runner-up last year. “Hopefully we can find a replacement close to as good as him.”

Chesbro isn’t completely retiring from Stillwater Public Schools, though. He will remain as a teacher at the high school, teaching biology and drivers education, which he said played a role in his decision to step down as the head coach now.

“I will keep teaching until whenever. I’ve told the kids that I’m not going anywhere,” Chesbro said. “ I’ll pop my head in that wrestling room every day, I’m quite sure. It’s hard to just turn around and just walk off after 50 years of being in the sport.

“That’s what made it easy for me to tell them I was not going to be here. I’m not moving, I’m not quitting, I’m just stepping down from being ‘the guy.’ Hopefully, I won’t get any more midnight phone calls, I’ll have some free Sundays, I’ll have holiday practices off and things like that.”