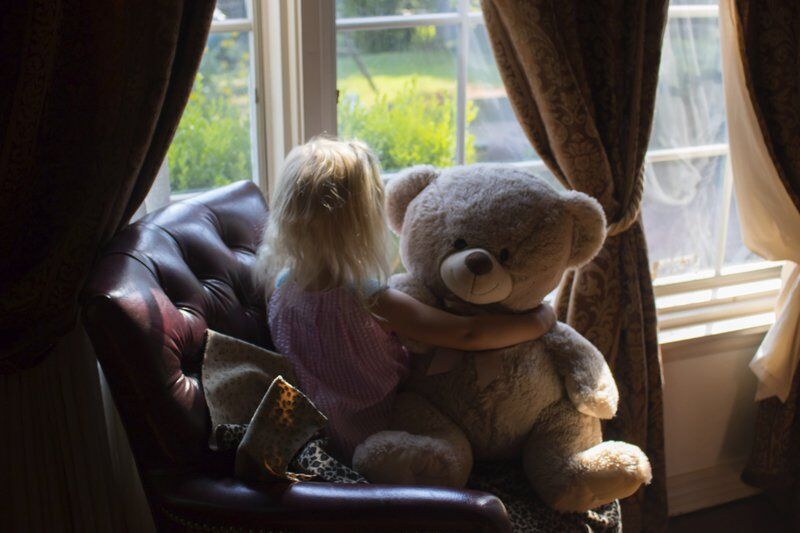 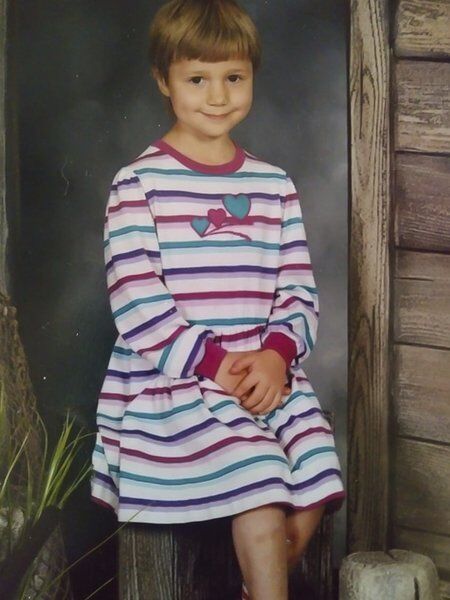 Provided by Nikki. Nikki said her father would force her to keep her hair short as a child, something she said she hated. 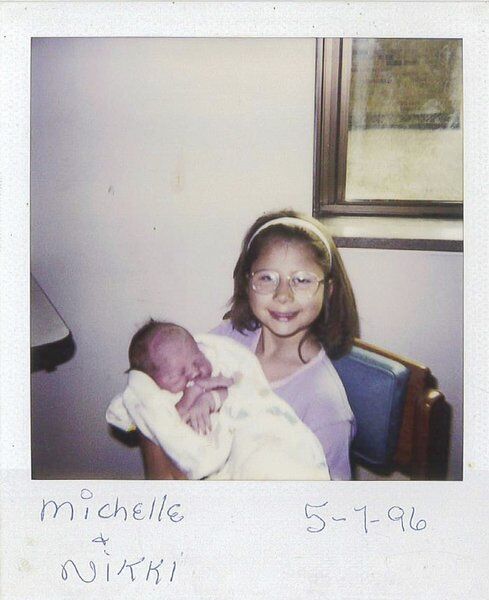 Provided by Michelle. In May 1996, Michelle smiles with her brand new little sister Nikki, 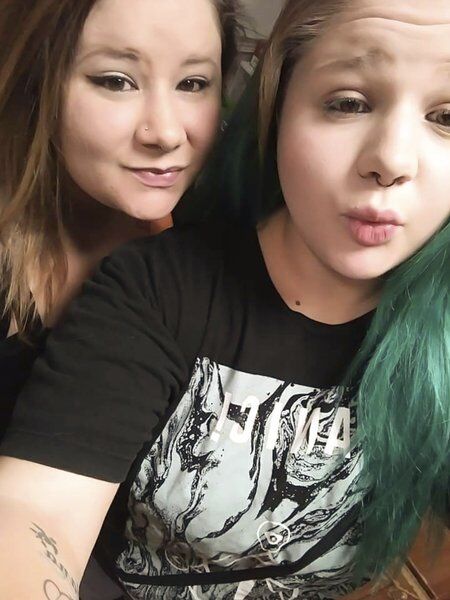 Provided by Michelle.  Michelle and Nikki pose for a photo together as adults. 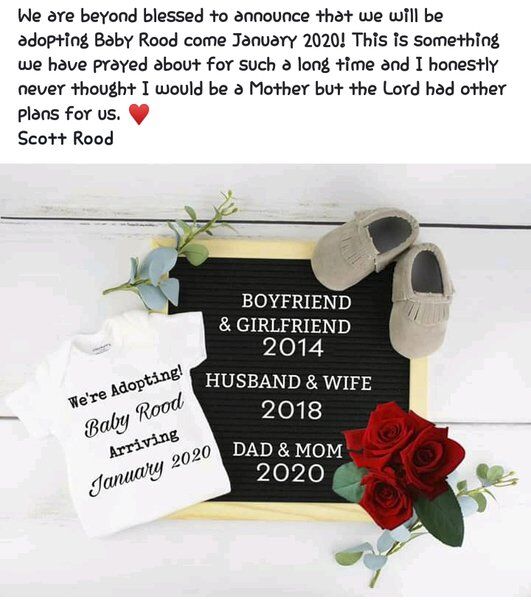 Provided This is the Facebook post that prompted all four women to report the sexual abuse to law enforcement. 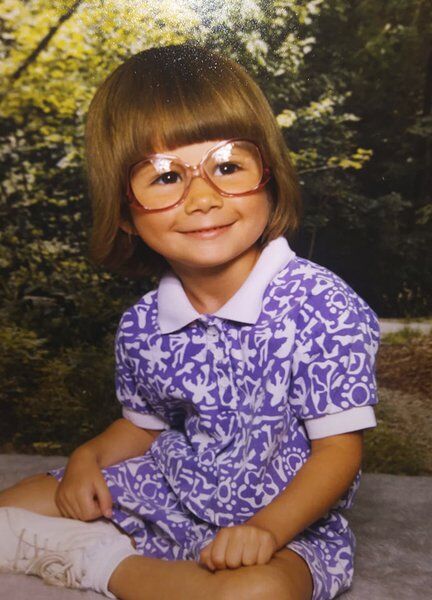 Provided by Michelle Michelle said she was 4-years-old when this photo was taken.

Provided by Nikki. Nikki said her father would force her to keep her hair short as a child, something she said she hated.

Provided by Michelle. In May 1996, Michelle smiles with her brand new little sister Nikki,

Provided by Michelle.  Michelle and Nikki pose for a photo together as adults.

Provided This is the Facebook post that prompted all four women to report the sexual abuse to law enforcement.

Provided by Michelle Michelle said she was 4-years-old when this photo was taken.

EDITOR’S NOTE: This is the second in a series on child sexual abuse. The topic may be too sensitive for some readers. The survivors have given the News Press permission to use their identities.

Joseph Rood, their father, was convicted of child sexual abuse and lewd molestation in September. Their testimony was key to the prosecution, which began after they reported the abuse as adults.

Michelle, older by eight years, said she remembers the abuse starting subtly, he would conduct “body checks” on her as a child.

Both women said they were fearful of Rood as children.

“I remember being scared of him always. Even when I was little, I was always scared of him, not for sexual reasons but he was always very strict and would punish me,” Michelle said.

After their parents divorced, they both lived with their mom until Michelle was removed because of abuse allegations and sent to live with Rood. Nikki said this is when her mother began keeping her away from Michelle.

Nikki remembers a few instances of sexual abuse, but didn’t remember many details.

“It was around the holidays and I was supposed to be in trouble because I was running through the house … he had abused me and then afterwards was like ‘act like you’re crying’ because he was supposed to be in there spanking me,” Nikki said. “I think that’s when I really was like, There’s something, this is bad, and I was probably 5 or 6 at the time.”

Nikki said she wasn’t around Rood as much after the divorce, her mom had primary custody.

Michelle said once she moved in with Rood the abuse escalated and she became more aware of what was happening.

“I was probably about 13 when I moved in with him and by that point I knew that it was wrong and I tried to refuse,” she said. “He would make these comments that if I didn’t let him do what he wanted to do, then he would just start checking my sister.”

Michelle’s abuse lasted until she left Oklahoma at 15.

After Rood’s new wife announced their plans to adopt in 2019, Michelle said she decided to report.

“I can’t describe it as anything other than horrible rage to stop that from happening again. I couldn’t go back and change anything from what happened to myself or even what happened to the girls, or my sister,” she said.

Michelle, Nikki and two of their nieces all reported at that time because they didn’t want Rood to molest another kid.

Michelle wasn’t able to have her case prosecuted because it was outside the statute of limitations, but the other three had criminal cases against him.

“At first I was angry, I felt like he was going to get away with the things he did to me. Obviously, I’m a little older than the other girls,” Michelle said.

Michelle and Nikki both suffered with post- traumatic stress disorder and struggled with their self-worth because of the abuse.

“I still have nightmares, I see somebody in the store that resembles him, I have to collect myself, I have to pick my jaws up off the floor and get my heart back on track,” Michelle said. “It’s never over. I left and I came to South Carolina. … It’s been 18 years and I still can feel his hands on me and his breath on me and I can still see the facial expressions, there’s not a medication that makes it go away.”

Nikki said since she spent time in foster care she dealt with a lot of her trauma in therapy.

“I had felt like I had moved on and put it in a box, and was well with the situation,” she said. “I think now I sorta have to go through it all over again. But I will say that I think I have a pretty good life.”

Michelle said she contemplated suicide because of the trauma, but she now wants people to know she is still fighting and enjoying her life.

“I’m OK, it took a whole lot of work and a lot of time,” she said. “He didn’t kill me and he didn’t win. Even if he never stepped foot in jail, he still didn’t … he didn’t ruin me, not forever.”

The crime of child molestation is far more common than most people realize. Law enforcement officers tend to describe it as an epidemic, most …