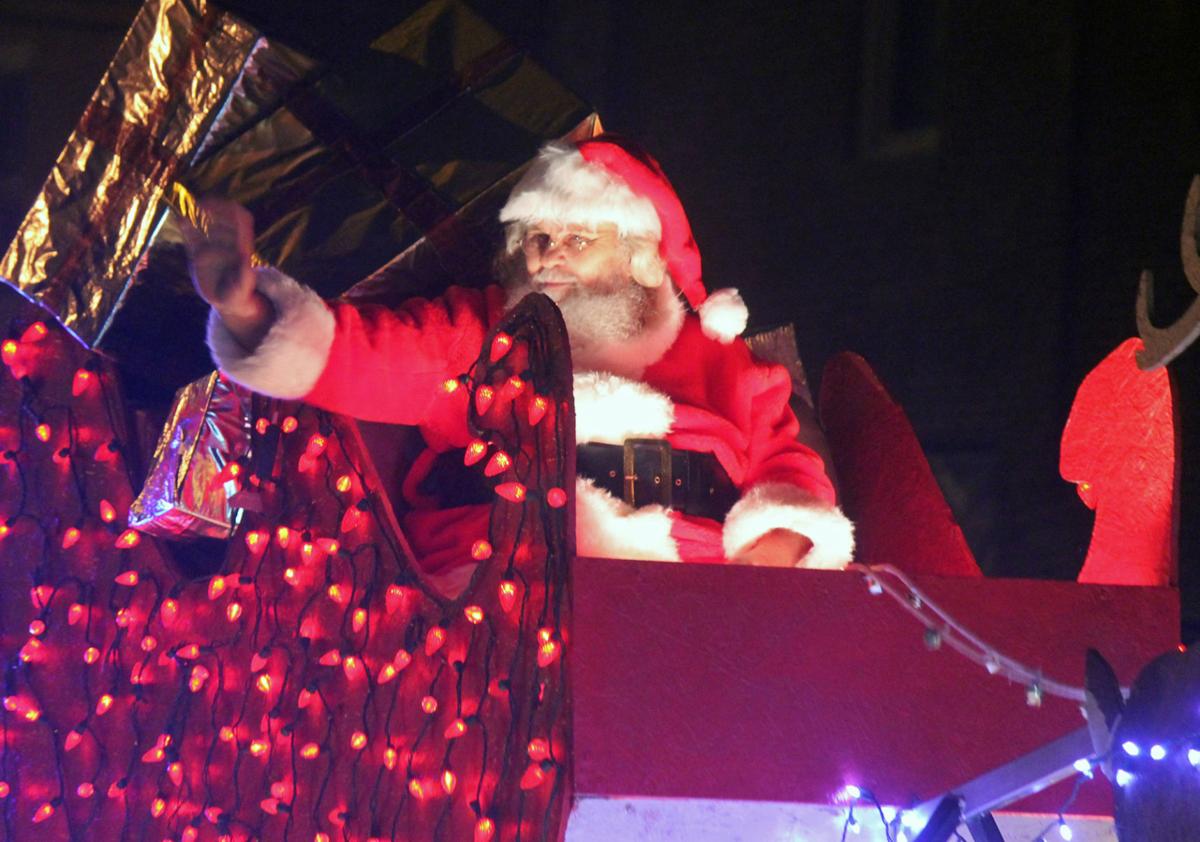 Santa Claus came to Stillwater Thursday when he appeared downtown to take photos with children and took a starring role in the Christmas Parade of Lights. 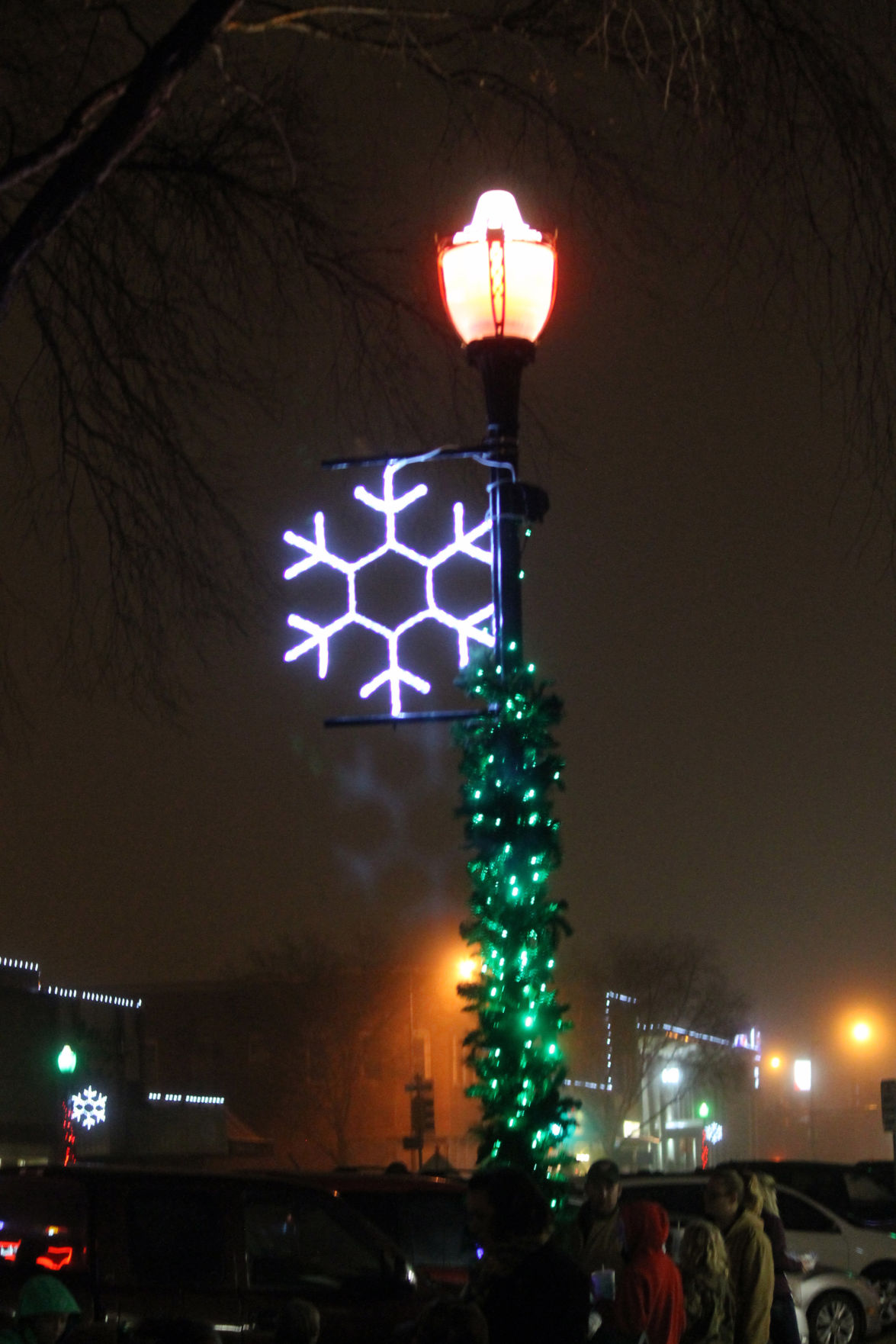 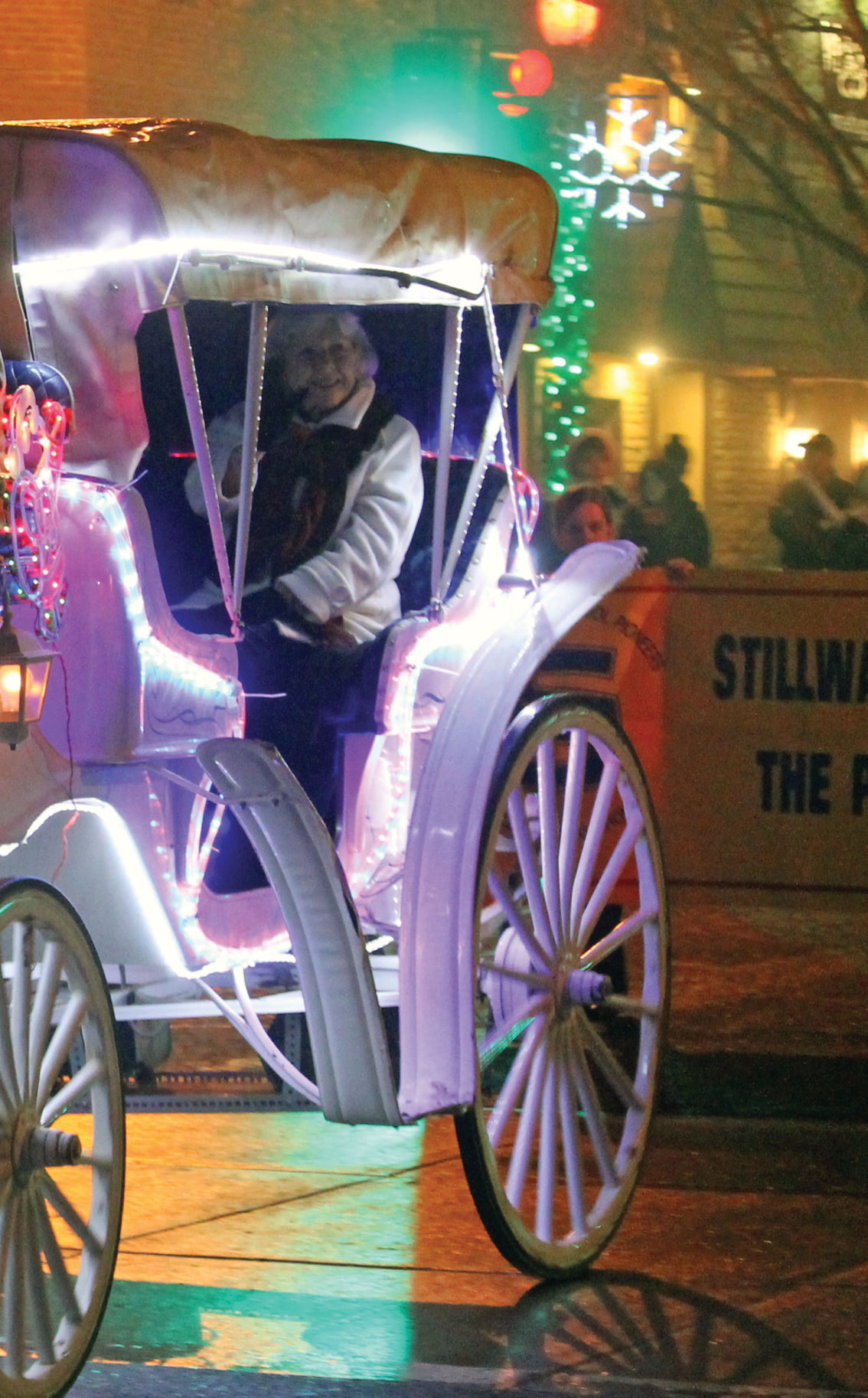 Sen. Jim Halligan and his wife Ann were selected as Grand Marshals for the Christmas Parade of Lights in recognition of their service to the community. Ann Halligan is shown riding the parade route in a lighted carriage. 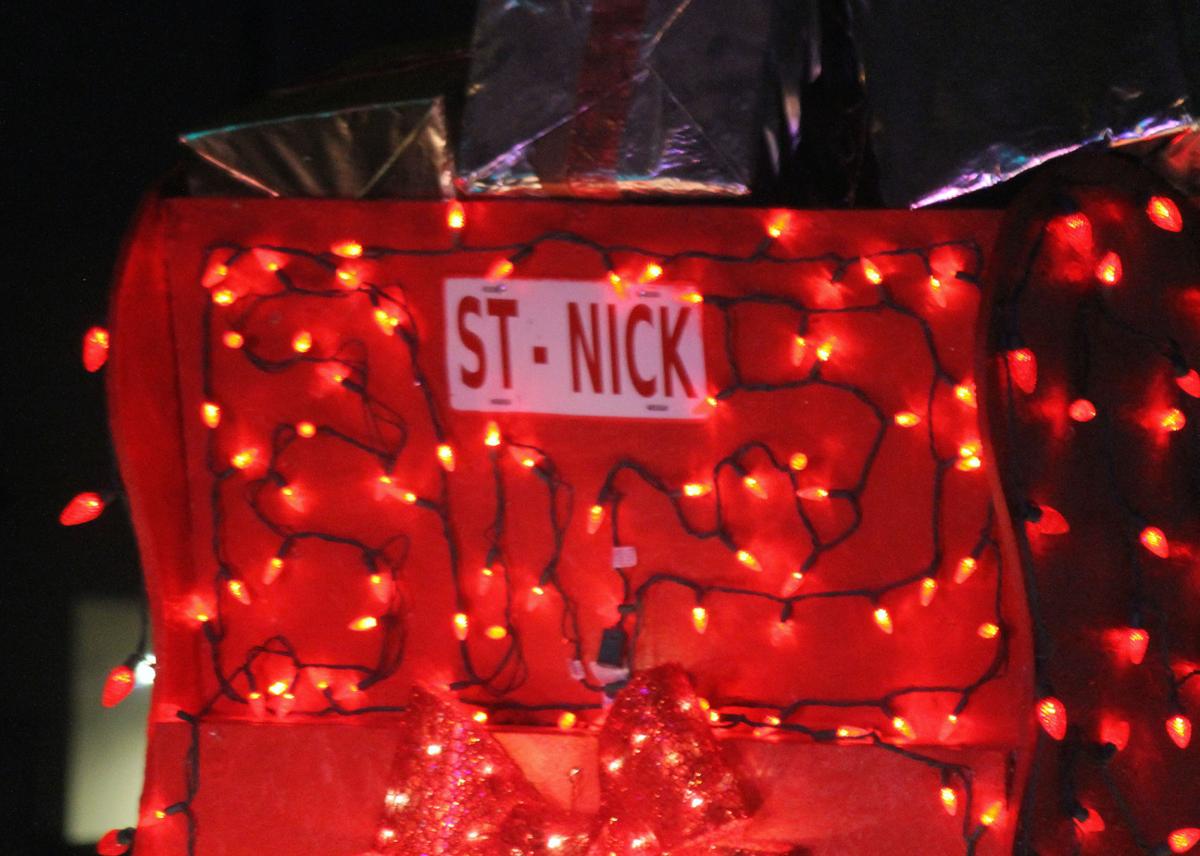 Santa's custom tag was on display as his sleigh drove out of sight Thursday night. He'll be returning to downtown Stillwater several times this holiday season. To keep up with him go to www.downtownstw.com. 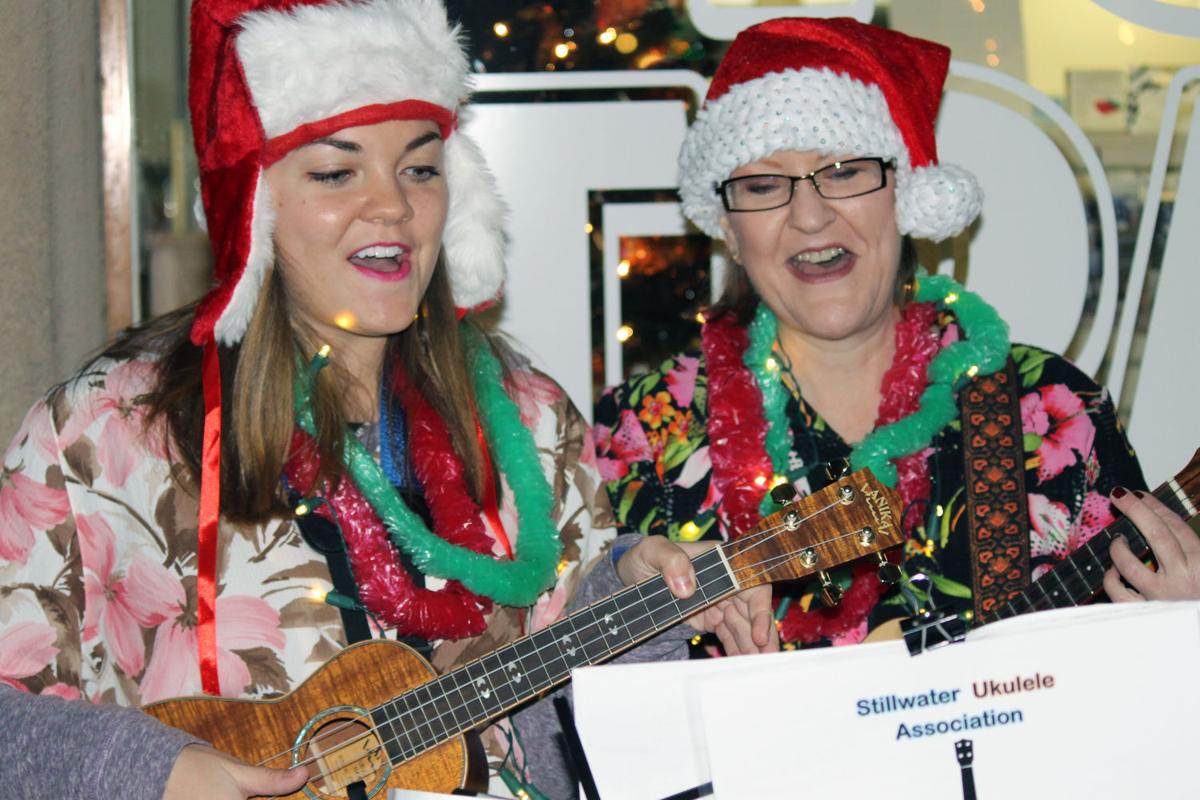 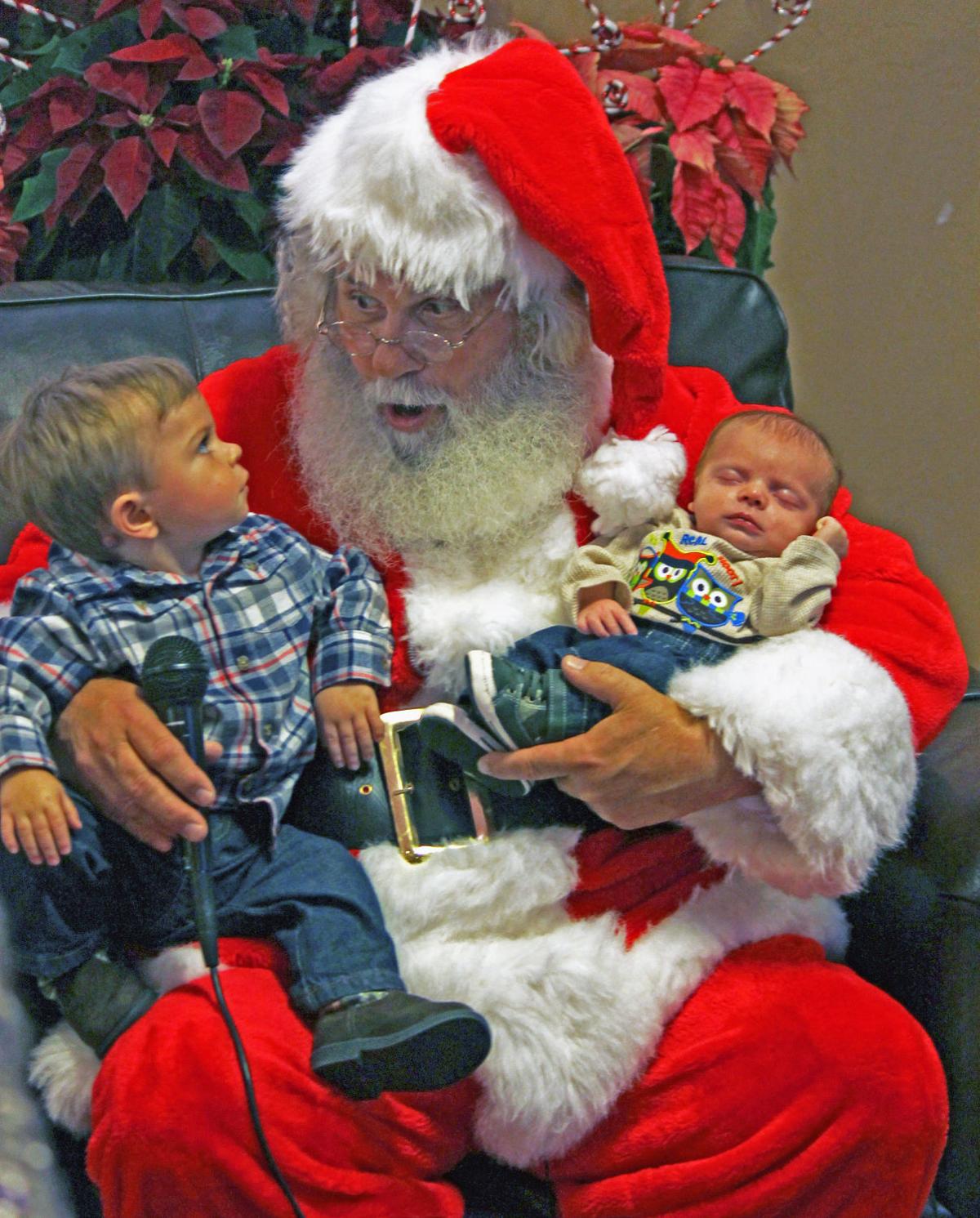 Weston Cowan keeps an eye on Santa as he and his brother Jaret prepare to pose for a picture Thursday. Santa will be making periodic appearances downtown during the Christmas season.

Although fog and mist filled the air, the predicted rain held off until the parade ended.

Parade Marshals Sen. Jim Halligan and his wife Ann Halligan led the lineup and Santa Claus in his sleigh closed the evening.

The Stillwater Parks and Recreation Department earned the honor of carrying Santa along the parade route when it took first place in the float competition at the last parade.

The evening included a chance to take photos with Santa and the lighting of the downtown Christmas lights to kick off  Stillwater’s holiday season.

To keep up to date on the Downtown Stillwater Christmas schedule go to  http://www.downtownstw.com/

1st - Will Rogers Elementary (Will carry Santa next year)

Best Use of Theme

Best Use of Lights