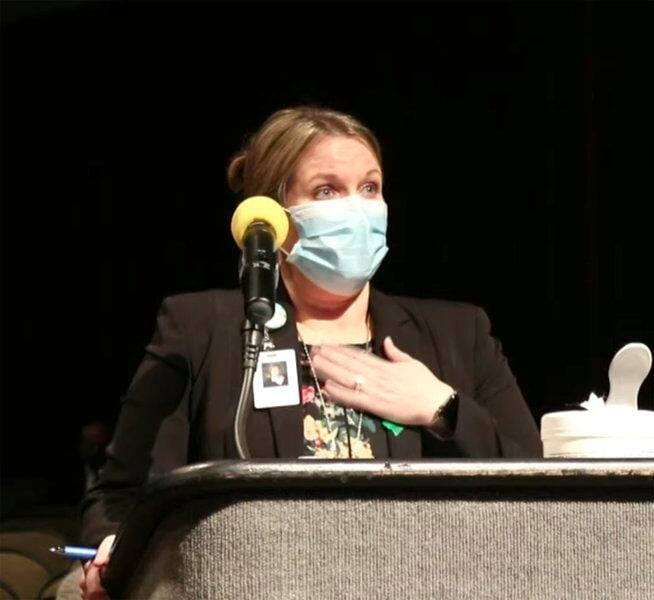 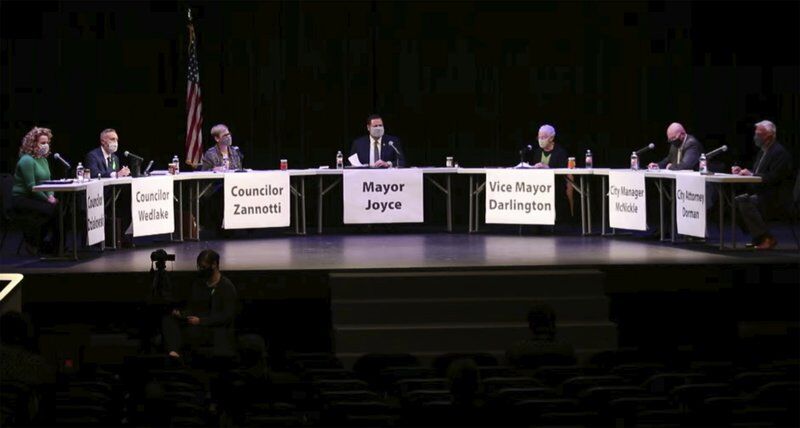 Having made their attentions publicly clear for some time, the Stillwater City Council on Monday night passed into second reading an ordinance that will extend the citywide mask mandate into February.

Mayor Will Joyce scheduled an emergency meeting on the second reading for noon Thursday.

Ordinance 3463 changes the sunset on emergency orders that would have expired Nov. 30. The new expiration date will be Feb. 28.

Leading up to Monday’s meeting, Joyce and several councillors had not hid their intentions toward the citywide mandate. Some, like Councilor Amy Dzialowski, were wearing green in support of Stillwater Fire Department Capt. Randy Blake, who is hospitalized in Tulsa with COVID-19. The Council heard from several members of the public, most of whom supported the extension, but several who opposed.

Representatives of Oklahoma State University, Stillwater Public Schools, Meridian Technology Center, the State Health Department and Stillwater Medical Center all asked the Council to pass the new ordinance. SMC President and CEO Denise Webber’s plea nearly brought her to tears as she described the personal toll COVID-19 was taking on hospital staff, including the hospitalization of a colleague who worked in infection control.

“We continue to see alarming increases in COVID-19 admissions at Stillwater Medical,” Webber told the Council.

She said SMC had 15 beds, seven ICU and eight medical, at capacity, with an additional two more negative pressure rooms added into ICU. There are still more people being hospitalized with COVID-19 at SMC. She said they were using all of their additional capacity, plus holding five COVID-19 patients in the emergency department.

Webber said in Stillwater Medical’s worst year of the seasonal flu, they had 48 admissions and three deaths. She said with COVID-19, they’ve had more than 160 admissions and nine deaths.

“We are seeing this virus does not discriminate. I’m sad to announce that one of our very own, our infection control leader, has been hospitalized today,” Webber said. “She’s worked tirelessly to try and protect the citizens of Stillwater and our communities. The current daily admissions we’re seeing, they’re going to soon be unattainable if we do not continue to do, and we do not take the precautions that, as we know, our scientists, and our public health leaders, they work. We’ve got to slow the spread.

“The community in the early days, did so much to help Stillwater Medical. When we didn’t have the PPE, the masks, to protect ourselves, this community rose to the challenge and supported us. So, we are asking you again today, to rise to the challenge because every statistic that you see posted, a hospitalization, a positive result, is someone’s story. It’s going to take a collective effort to prevent those stories.”

The Council also watched video from Riley Flack and Marc Trotter, two people front and center of Unite Stillwater, the effort to recall the mayor and city council.

Trotter used much of his time to recite the Declaration of Independence. Flack, after quoting Thomas Paine, said the Council had “demonized healthy people exercising their Constitutionally secured God-given rights.

“They have said, we are the reason, us face-showers, fellowship-havers, irresponsible exercisers of rights, we have shut businesses and the schools. The fact is, there’s only one group that has shut businesses and churches and they’re here listening to me right now. It’s our council, not anybody else.

“The rhetoric has recently progressed to Joyce and Wedlake basically saying that we are murdering people.”

Both Trotter and Flack signed off with the words “stand by.”

Dr. John Wedlake, who spent the bulk of his time talking about the scientific data supporting masks and the limited number of studies, also said he took “a little bit of offense from the threatening tone that has arisen from the Unite Stillwater crowd.”

Joyce took issue with those who claim the Council is doing something unconstitutional.

“There isn’t a controversy here, it’s not a hard question. Clearly, this is what we need to be doing,” he said, “but tonight, there was one comment I can’t sit here and not address. I’m an attorney. I’ve taken the oath to join the bar in three different states. I’ve taken an oath up here to sit in this chair twice to defend the Constitution. When someone tells me that I’m not doing that, it bothers me.

“I want to make sure that gets addressed real quick, because one of the written comments said something about we’re ‘not allowed to pass a law without due process.’ That’s what we’re doing. That’s what this is. This is a public meeting in the United States of America where the public is welcome to come to this building and tell us what to do. Everybody had a chance to send in their comments. We were all elected in public elections. That is exactly the form of government that was created by our Constitution to do exactly what we’re doing here right now.”