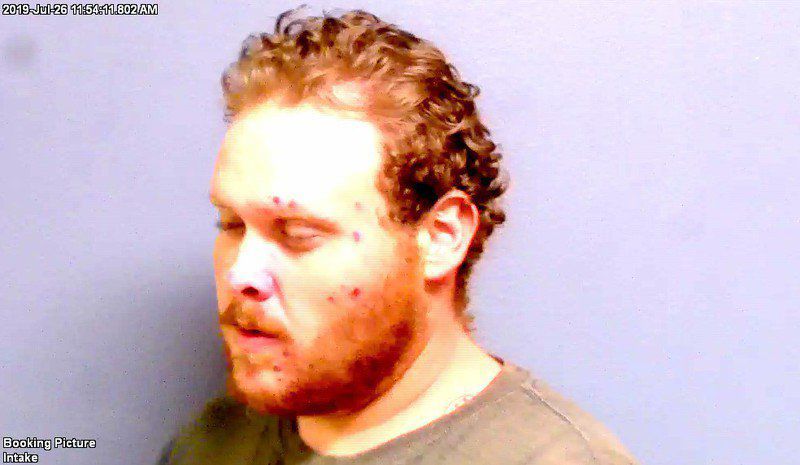 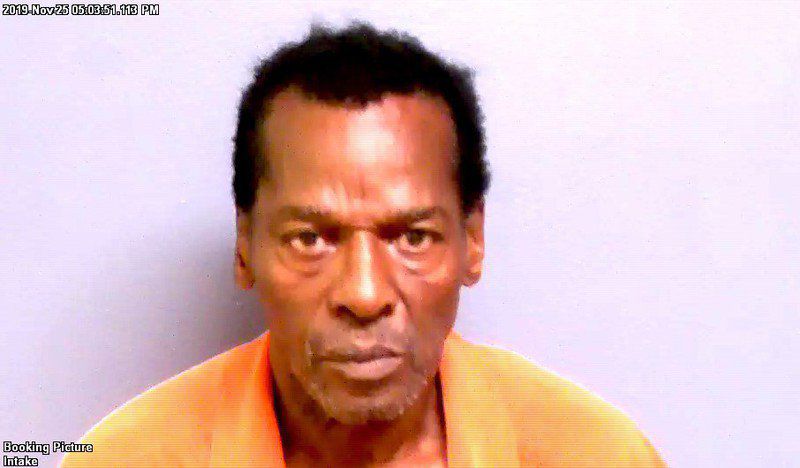 Jesse Donald Baker, 27, of Glencoe, was charged on Tuesday with attempting to elude, feloniously pointing a firearm, transporting a loaded firearm and unlawful possession of a controlled drug, according to court records.

A written affidavit states that Cushing Police Department officers responded to a report of a threat at a residence in Cushing. Officers saw a male sitting in a vehicle, and gave commands to the man, who did not respond. The man then drove off at a high rate of speed, ran a pair of stop signs and collided with a rental truck at Kings Highway and west Main Street in Cushing.

The officer writes that after the collision, the man, later identified as Baker, tried to steal a Ford Mustang that was being driven by an off-duty police officer. The off-duty officer said he had his weapon drawn but did not fire on Baker.

The officers witnessed him try to steal the Mustang, and ordered the suspect to the ground and he complied. Before calling an ambulance for Baker, he said he did not have anything on his person that the officers should know about.

The officer writes that during the search of Baker’s vehicle, a gray firearm was found under the passenger’s seat that was loaded with a round in the chamber and a full magazine, as well as a spare magazine. The serial number indicated it had been reported stolen out of Coyle.

While at the hospital, Baker told officers about narcotics he had, which he had tried to give to someone at the scene of the accident, but was unable to do so. Officers found a small plastic baggie with a crystal substance as well as a pill inside Baker said was Xanax.

The affidavit states that officers went to speak with a woman who had reported the earlier threat call. She said Baker had been in her driveway making threats to kill her and himself, and that Baker had a pistol in his hand and was pointing it at her and himself. Officers later tested the drugs, and the crystal substance tested positive for methamphetamine.

Stillwater man charged with assault with a dangerous weapon

Johnnie Duane Brown, 65, of Stillwater, was charged on Nov. 26 with assault with a dangerous weapon after an incident that occurred on Nov. 25.

A written affidavit states that Stillwater Police Department officers were told that a man who had moved out of Brown’s residence had left a few items in the house. When he went to retrieve the items, Brown said he couldn’t have them until rent had been paid.

About an hour later, the man saw Brown approaching with a knife in his hand. Brown stabbed at the man’s neck once, which the man tried to block. The knife penetrated the man’s neck on the left side near the collar bone. Brown then fled back to his residence.

SPD officers then found and arrested Brown, who did not have a knife in his possession. While walking the area between the two residences, a black folding knife was found, which was confirmed as the one Brown had used.

Brown appeared in court on Tuesday and pleaded not guilty, and the matter was set for Jan. 6.

SPD arrests man who had been released under House Bill 1269

A release from the Stillwater Police Department indicates Earl Ray Talley Jr. was arrested for domestic abuse on Sunday after a call of a domestic disturbance in progress. Two adults in the residence had visible injuries following an apparent fight.

After being arrested, Talley said he had recently been released from custody. He had his previous sentence commuted under HB1269, which amended criminal sentencing laws. According to SPD, Talley has pas convictions for domestic abuse, possession of a controlled substance, leaving the scene of an injury accident and multiple DUIs. In December 2018, Talley had been charged in Payne County with domestic abuse in the presence of children.