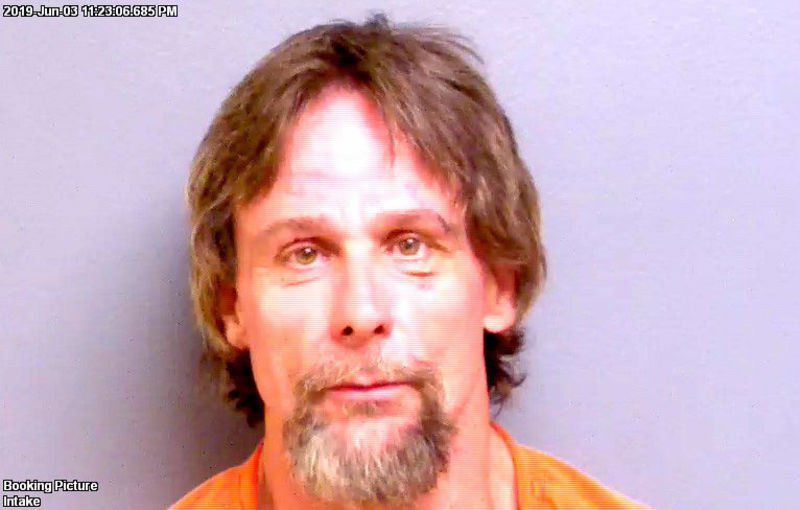 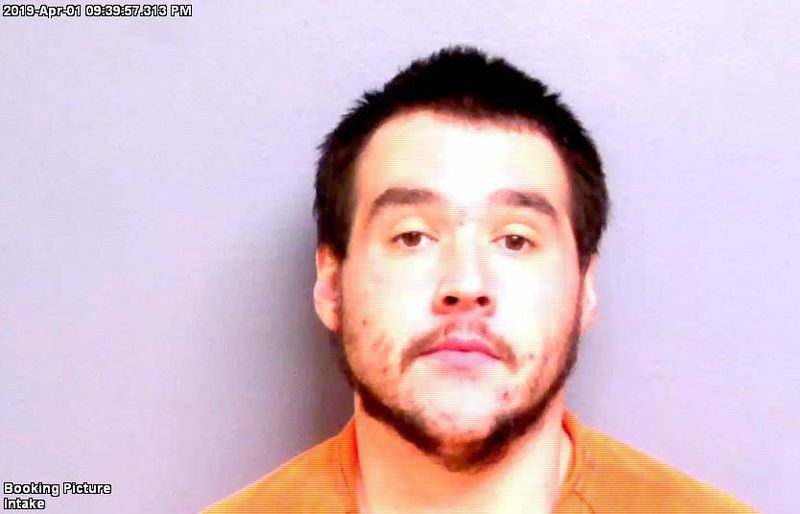 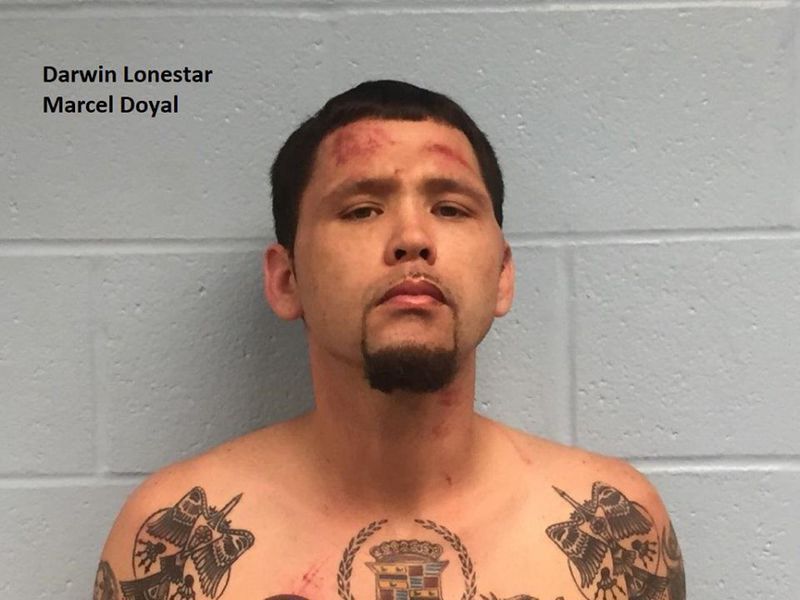 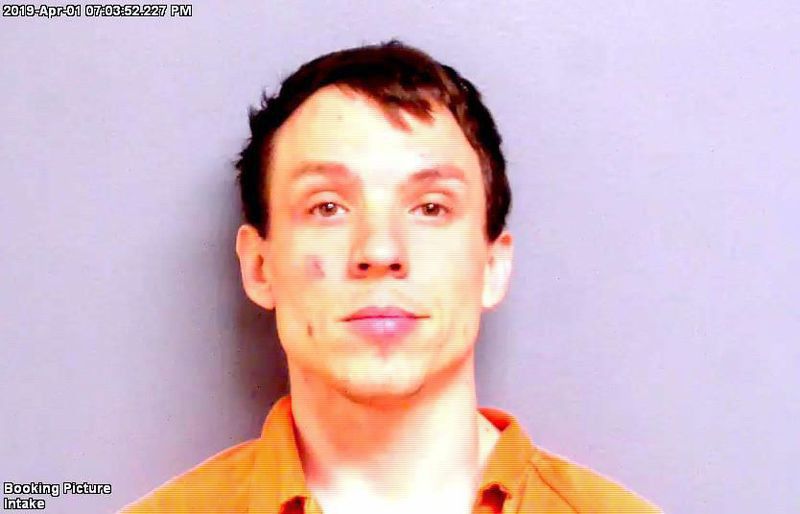 The man accused of killing and throwing a Stillwater woman into the Cimarron River is set for a preliminary hearing Tuesday.

Earl Oswalt Jr. is charged with second-degree murder or alternatively first-degree manslaughter in the death of Chelsey Chaffin, whose body was never reported as recovered.

Oswalt was found competent to stand trial in December. He was charged in June, not long after his arrest which initially began as a missing persons report that Oswalt filed May 29.

Chaffin, who worked with Oswalt, had been living with Oswalt and Oswalt’s girlfriend for a short time when Oswalt reported her missing.

Oswalt said Chaffin left his residence on May 26 with an unknown male. After a follow-up investigation, Officer Rockford Brown had suspicion about the disappearance. According to the affidavit, Oswalt admitted to drinking with Chaffin. Oswalt said Chaffin became angry and threatened another resident with a glass bottle. Oswalt claimed Chaffin struck him in the head with the bottle, lacerating his eye.

In the affidavit, Oswalt claims to have struck Chaffin in the face, causing her to fall unconscious. He said he doesn’t remember what happened after that, but could have injured her more.

Oswalt’s girlfriend told investigators that Chaffin had told her to leave, which she did about 4:20 a.m. When Oswalt brought his girlfriend back to the residence around 7:30 a.m., she saw Oswalt covered in blood and Chaffin appearing to be dead on the floor, naked with blood around her nose and horizontal marks on her neck. Oswalt told her to start cleaning the blood off the floor.

The affidavit states Oswalt said he and his girlfriend threw Chaffin’s body off a bridge north of Ripley.

According to the affidavit, Oswalt told investigators he killed her but did so in self defense; he denied strangling her. He has pleaded not guilty.

Pretrial continues Tuesday for a Stillwater man accused of killing a Tonkawa man in a late-night drive-by shooting.

Darwin Doyal has been charged with first-degree murder or an alternative manslaugher for the July 2019 death of Jared Roybal.

On July 7, Roybal was brought to the 600 block of E. 6th Ave. A man ran from the van into a business to request medical assistance. A 16 year-old male was present with Roybal when Stillwater police and medical personnel arrived. The juvenile said that Roybal had been shot in the neck, but he didn’t know the assailant.

According to the affidavit, witnesses said Roybal was driving the van when he approached a car driving in the opposite direction, the car stopped and the driver yelled at Roybal. Roybal replied with “what” and was then shot in the neck by the driver.

Roybal was transported to Stillwater Medical Center and then flown to OU Medical. Roybal died at OU Medical on July 7.

Man charged with punching dog to death back in court

A Stillwater man charged with punching his then-girlfriend’s dog to death is due back in court Tuesday. Andrew Fields was charged with cruelty to animals in January 2019.

On Jan. 29, Erica Bryant reported a possible case of animal abuse by her boyfriend to the City of Stillwater Animal Welfare. Bryant believed her boyfriend, Fields, caused the death of her pet dog, Sally. Sally was a 12-pound long-haired chihuahua. Fields was watching her while Bryant was at her first job.

Bryant told SPD investigator Sherae LeJeune that when she came home from her first job, Sally was fine. At around 11:30 p.m. when she returned home from her second job, she noticed something was wrong.

According to the affidavit, Sally was found lying on Bryant’s bed, exhibiting strange behaviors. Sally was acting distressed, panting heavily, her gums were white and she couldn’t stand on her own.

Sally was also wet from the tip of her ears to the tip of her tail and told investigators that Fields stayed in the living room and didn’t try to console Bryant. Bryant stayed with Sally until she died at 1 a.m., and said Fields didn’t go into the bedroom until Sally had died and was placed in her crate.

The affidavit said Bryant asked Fields what had happened, and he said he didn’t notice anything unusual. He suggested Sally may have walked into her water bowl as an explanation to why her coat was wet. On Feb. 18, Fields agreed to meet with officer LeJeune at the Stillwater Police Department. Fields admitted he believed Sally didn’t like him and was uncomfortable around men.

According to the report, Fields said on the day of the incident he pinned Sally to the ground and punched her three or four times, causing her to die. Fields said Sally made whimpering noises but he didn’t believe they were cries of pain.

Fields also has an appearance due for another felony case, after he and his brother were accused of assaulting a law enforcement officer.

Brothers return to court on charges of assaulting an officer

On April 1, a disturbance call was made to dispatch, Deputy Scott Hopper was dispatched to the 6000 block of S. Fairgrounds Rd. Deputy Hopper knocked on the door of the residence but there was no answer, he could hear banging and music coming from inside the shop building east and south of the residence. The deputy went to the shop and knocked on the door, Cody Fields answered the door.

Deputy Hopper was familiar with Fields, there was another male in the residence. According to the affidavit, Hopper observed Fields to be in an agitated state, sweaty with his shirt off. Hopper reported that he tried to de-escalate the situation, but Fields wouldn’t listen to him. They wrote that he attempted to place Fields into an investigative detention for his safety to figure out what was going on.

He wrote that Fields wouldn’t follow his orders to place his hands behind his back and resisted handcuffs. According to the report, Andrew Fields, the brother, began pulling at Hopper’s right arm, trying to pull him off his brother. Hopper reports that Cody grabbed a pipe and stood at an aggressive stance, and the deputy, disengaged Andrew.

The deputy said he gave verbal commands for Cody to drop the pipe, but he refused. He wrote that feared if he fired at Cody he may also hit Andrew, so he fired a single round to the left of the brothers. According to the report, Cody dropped the pipe and Andrew gets on his knees, but Cody still didn’t follow commands. The brothers were held at gunpoint until backup arrived.