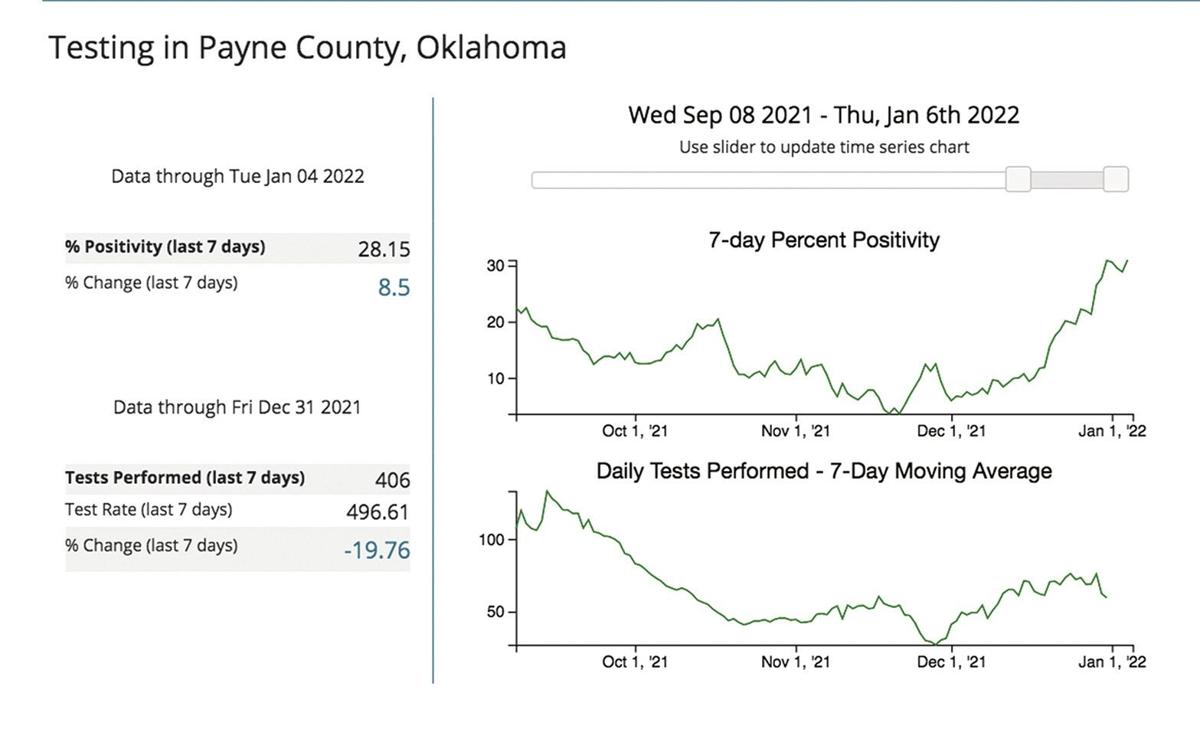 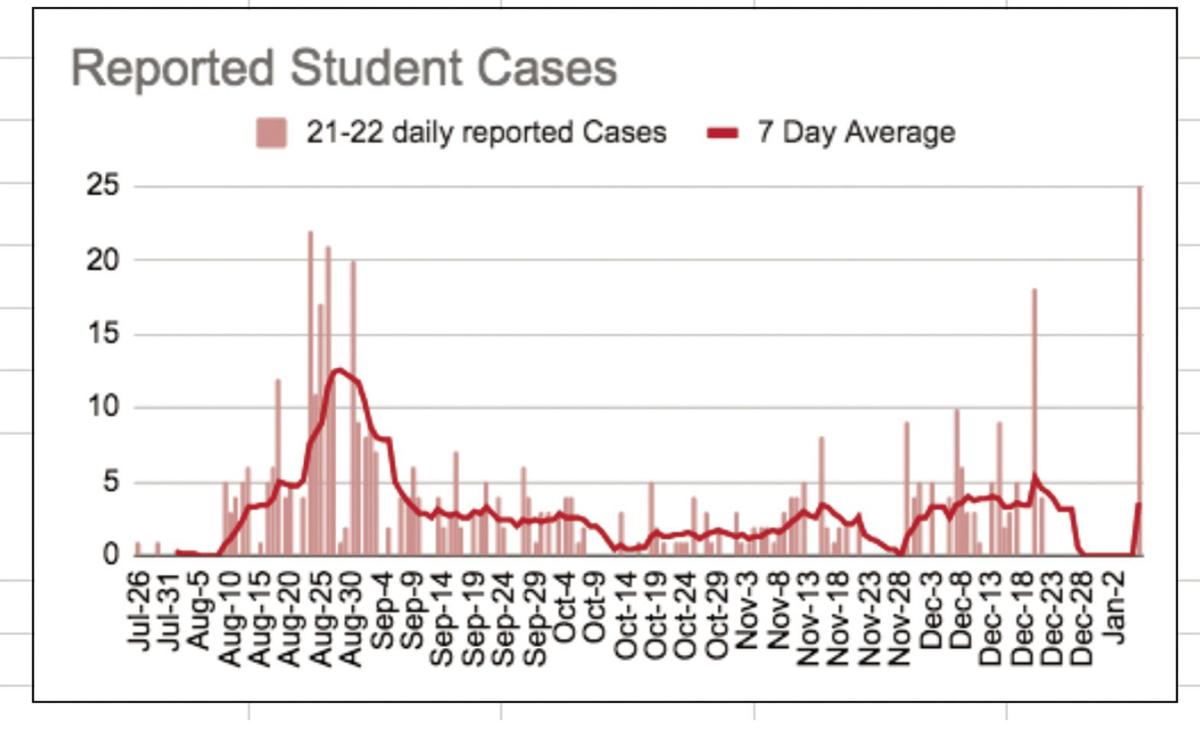 Stillwater and Payne County are experiencing a surge in COVID-19 cases not seen since earlier in the fall.

From the Oklahoma State Department of Health report, Stillwater had 267 active cases. The county’s second largest city, Cushing, had 27 active cases according to OSDH, while Perkins had 34 though Glencoe and Ripley reported none.

Stillwater Public Schools reported 25 cases among students on Jan. 6, according to its public dashboard. That's the highest single-day report on a tracking chart that begins in July. The previous high was 22 on Aug. 23. SPS had 30 student cases in isolation and 15 staff cases in isolation as of Friday.

On Friday, Oklahoma State University updated its public COVID dashboard for the Stillwater campus with recent test results. According the dashboard, there are 185 active cases, having recorded 178 positive cases (70 employees, 108 students) between Dec. 31 and Jan. 6. University Health Services reported an 18.42 positivity rate.

According to the latest OSDH release on variant sequencing, omicron accounted for 53 percent while delta was at 47, though that would not account for at-home testing that had not been provided to the Public Health Lab. According to OSDH, the full sequencing process can take up to four days to complete. Earlier reports suggested Oklahoma was among the last in the country in variant sequencing but state officials had promised to ramp up the testing.

“Our team continues to monitor cases and hospitalizations to provide critical data that allows Oklahomans to make the best decisions for themselves,” interim commissioner of health Keith Reed said in the release. “Coinciding with our increased case count and what other states are seeing, current data shows omicron is increasing in Oklahoma, and we anticipate that will continue.”

The News Press reported earlier that at-home and rapid tests were becoming harder to find, and fewer places had PCR tests available.

Scott Haywood, the public information officer for District 3 of the state health department, which includes Payne County, said on Friday that PCR COVID testing will be available at Sunday and next week at Payne County Health Department sites in Stillwater and Cushing.

The portal for making appointments is located at https://osdh.immytech.com/.

Stillwater Public Schools announced testing for district students and staff next week at Skyline Elementary. Those will be available

Families will enter through the Nurse’s Office entrance toward the east side of the building (not the main entrance).