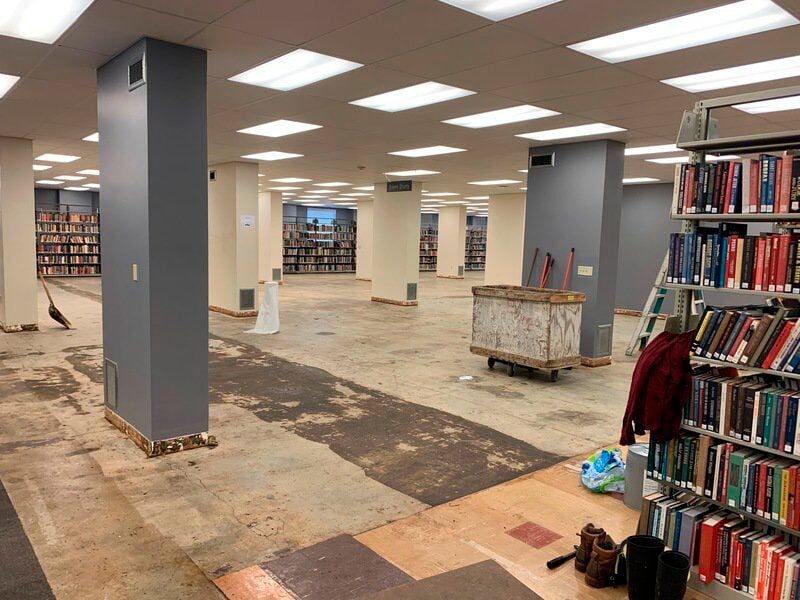 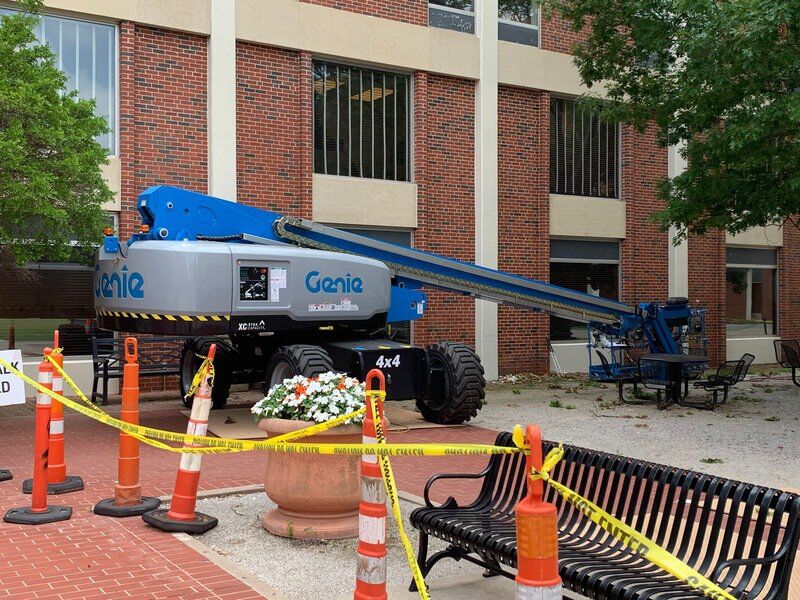 The silent room at Edmon Low is silent no more.

The Oklahoma State library is undergoing various renovations throughout the summer. Headlined by an update to the fourth floor — the floor reserved for silent study — Edmon Low will look different when students flock back in the fall.

“A little freshen up for the floor,” library communication services manager Bonnie Cain-Wood said. “That’s whats going on right now. That should be completed in August. Initially, we were scheduled to be completed in September but things are moving right along.”

The project on the fourth floor, which started in May, entails re-carpeting, painting and staining wooden boards on shelves. It was slated to be done in 2020, but the pandemic halted plans.

The fourth floor will be remodeled in the same fashion as the third floor. The floors will share matching carpets and paint.

Library personal have worked hard to keep Edmon Low an inviting place for students. The library was built in 1953 and benefits from constant modernization. More than 400 electrical outlets have been added in the past five years to enhance convenience.

Long countertops nicknamed “study bars” have been added in hallways and are popular places among students to complete school work or eat a meal.

Other renovation plans slated for the summer include adding a lactating room and extending the OSU native plant garden towards the library.

While the fourth floor renovations were funded equally though private donations and OSU funds, both of the other projects were completely privately funded.

Though the garden expansion has been pushed back, it is expected to be worth the wait.

“That should look really nice,” Cain-Wood said. “They’ll probably still be working on that when school starts. It’s a pretty big project. All of the rain early in the year kind of delayed the start of that. But it’s going to look gorgeous.”

The library is arguably the crown jewel of Oklahoma state, and while modernization attempts are always important, the recent projects are building towards a special occasion.

“We have a big focus right now on renovations and modernizations of our building because we are getting ready for our 70th anniversary,” Cain-Wood said. “The building opened in 1953, and then in the fall of ‘22 running through the fall of ‘23 we’re going to have a year long celebration of the 70th anniversary.”

Renovating the six-floor building is an ongoing effort.

“For a building this size, renovating and modernizing the building is an ongoing project,” Cain-Wood said. “By the time we finish then it’s time to circle back around and work on something else.