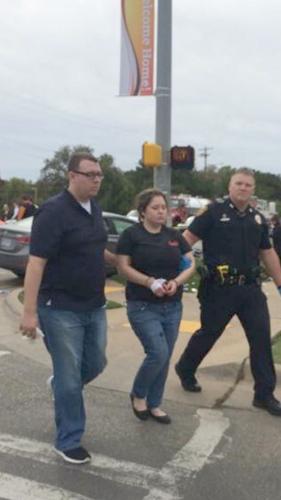 A woman believed to be Adacia Chambers is pulled away from the scene of Saturday's wreck in handcuffs. 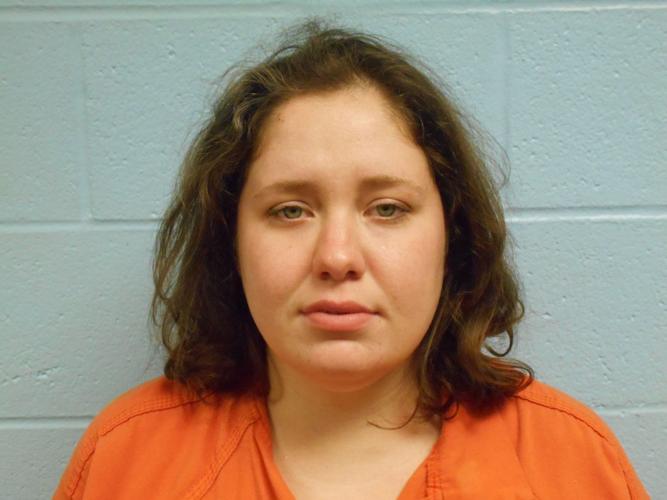 A woman believed to be Adacia Chambers is pulled away from the scene of Saturday's wreck in handcuffs.

The suspected drunken driver who plowed a vehicle through a crowd of people Saturday morning - killing four and injuring more than 40 others during the Oklahoma State University homecoming parade – was seen leaving her place of work distraught 30 minutes before the incident.

Adacia Chambers, 25, of Stillwater, was a part-time employee in “good standing” according to Mark Thompson, owner of the Freddy's Frozen Custard & Steakburgers in Stillwater.

“She was always on time. She is a pleasant person. I have nothing to say about her that isn't good. She has been an excellent employee,” Thompson said. “She didn't appear to be under the influence (when she left).”

The corporate office also responded about the incident.

“Our thoughts and prayers are with the entire Cowboy community and everyone affected by the event that occurred Saturday morning. We are deeply saddened by this terrible news and our Stillwater franchise restaurant is cooperating fully with law enforcement officials,” said Lexie Pearce, public relations manager at Freddy's corporate office.

Justin DeNoya, 36, of Stillwater, who works near Freddy's Frozen Custard & Steakburgers, where Chambers works, said he saw her leave the business about 30 minutes before the wreck.

“She looked like she had been crying,” said DeNoya, who was standing about 30 feet away from her. “She looked upset.”

DeNoya said she left on foot and headed north on Boomer Road.

“She was walking in a straight line and didn't seem intoxicated,” he said.

News of the collision traveled quickly and when DeNoya saw a photo of the suspected drunk driver handcuffed at the scene, he realized it was the same woman he saw with tears in her eyes earlier that day.

An earlier News Press version of this story mentioned Chambers had allegedly been fired from her job. Thompson said that wasn't true.