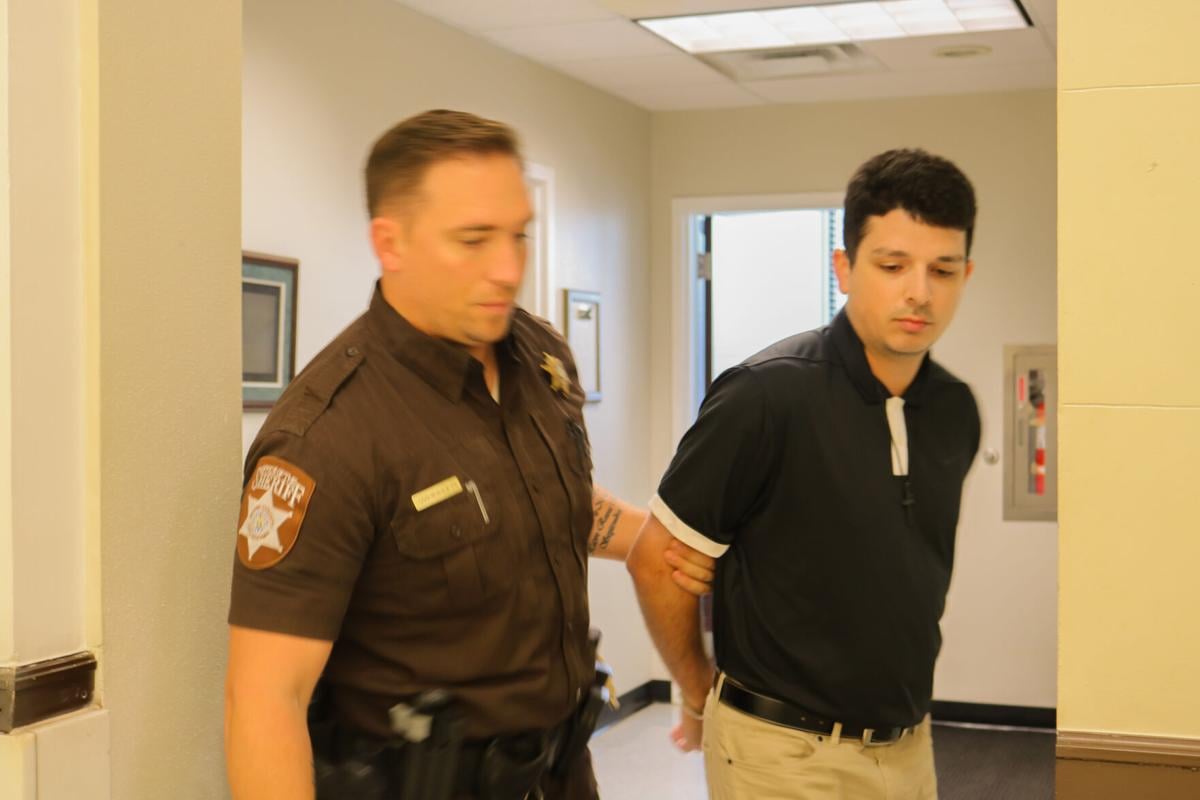 Alberto Morejon was led by a sheriff's deputy Friday to the Payne County Jail after he pleaded guilty to sexual communication with a minor by use of technology. 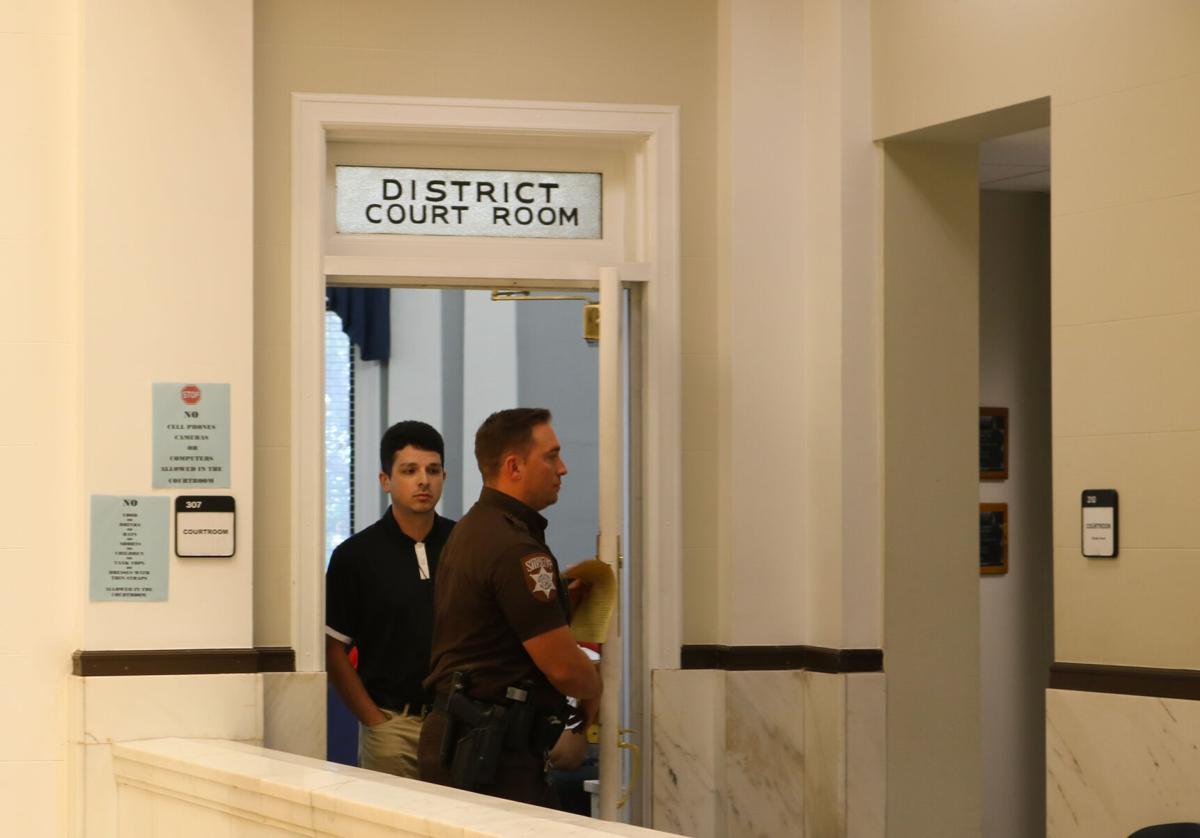 Alberto Morejon IV pleaded guilty to sexual communication with a minor by use of technology Friday afternoon. 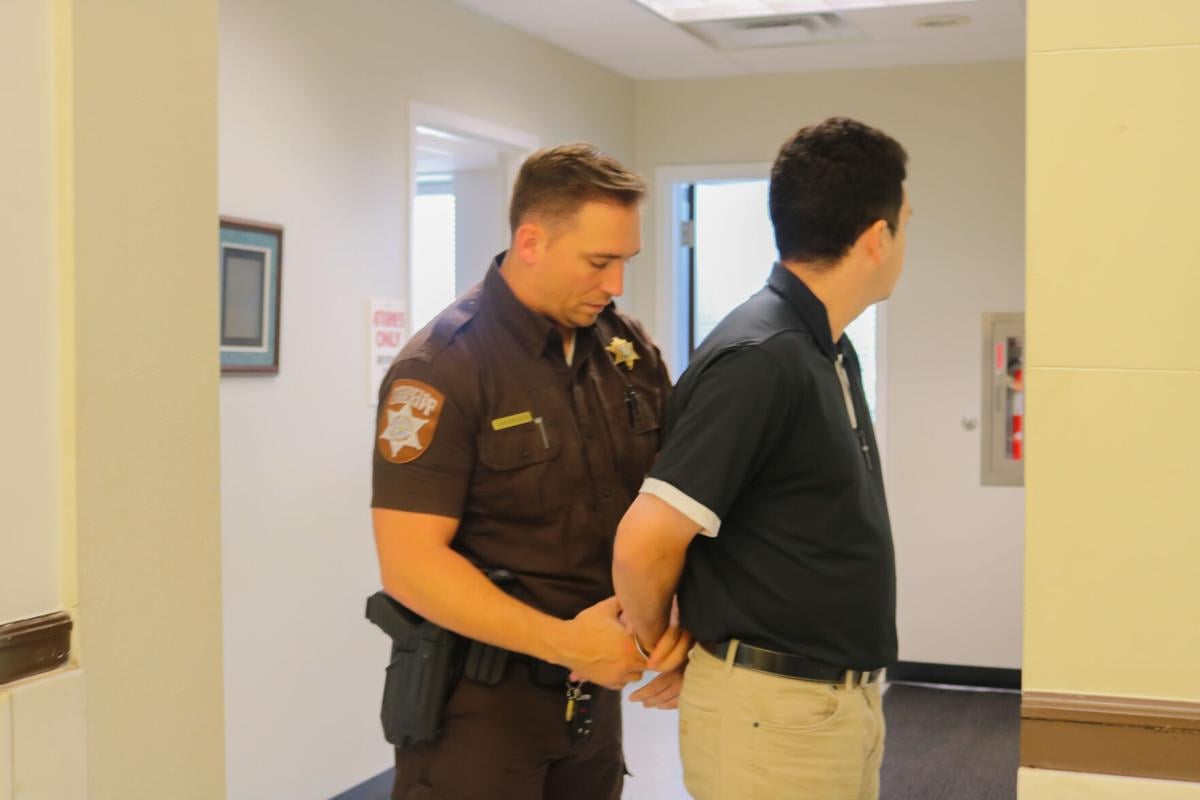 Alberto morejon IV was handcuffed and taken to the Payne County Jail after pleading guilty to sexting a former student. 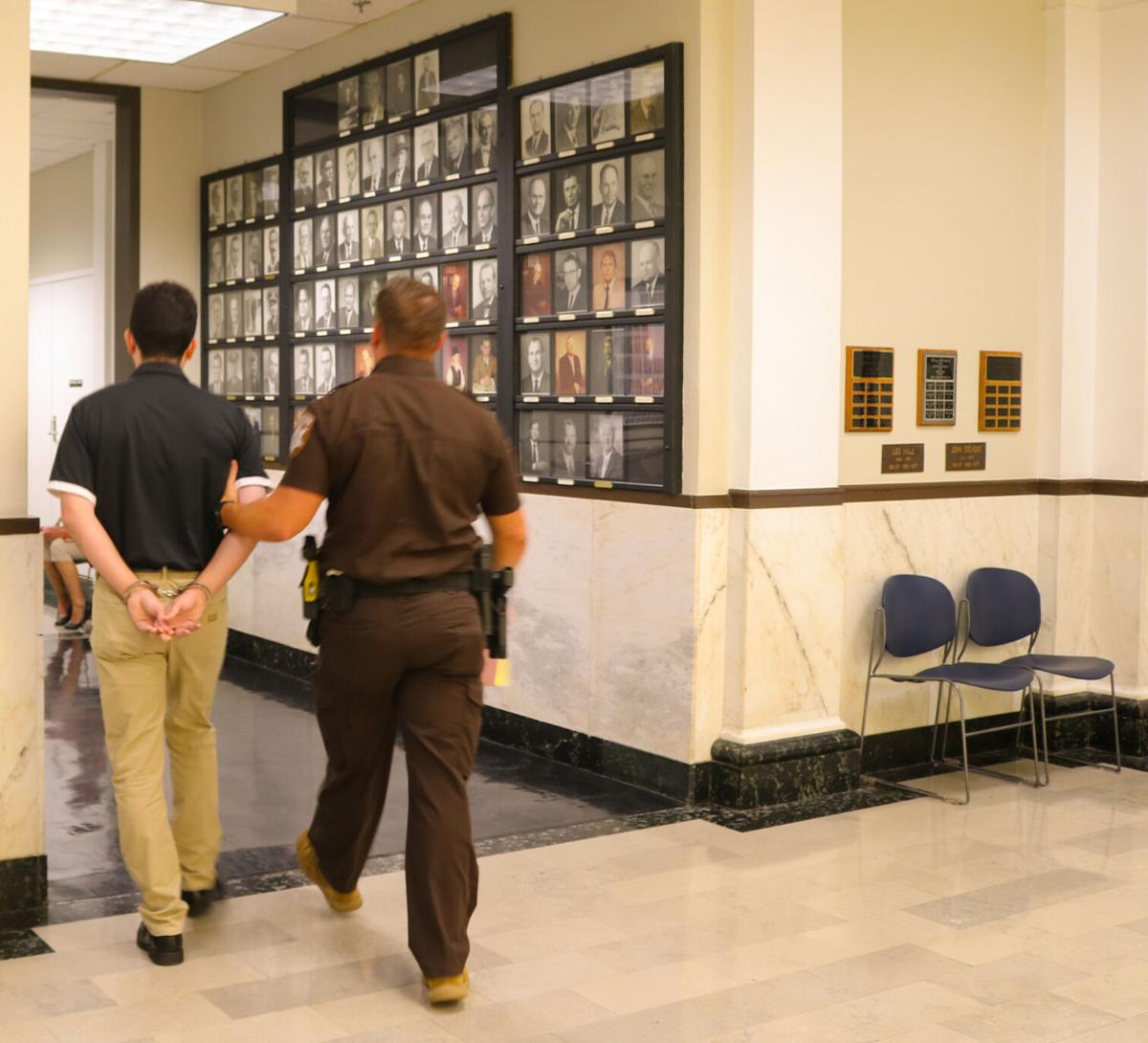 Former Stillwater Junior High teacher, Alberto Morejon pleaded guilty to sexual communication with a minor by use of technology on Friday.

A former Stillwater Junior High teacher who had been a key figure in Oklahoma's teacher labor movement, admitted Friday in Payne County District Court to sexting with a former student.

Alberto Morejon IV, administrator of the Facebook group "Oklahoma Teacher Walkout- The Time is Now," pleaded guilty to engaging in sexual communication with a minor by use of technology. He received a 10-year prison sentence, with five years to be suspended.

Morejon will also have to register as a sex offender. The Department of Corrections will determine what sex offender level he is.

He was charged additionally with forcible oral sodomy regarding another prior student, but that charge was dismissed by the Payne County District Attorney's Office because the alleged victim didn't want to pursue criminal charges.

The first charge of sexual communication with a minor came in May of 2020, after concerned parents came forward.

Stillwater Detective Sherae LeJeune began investigating the case, and helped the victim text Morejon, to gain evidence of inappropriate messages and pictures from Morejon to the student.

Morejon used the social media app Instagram, his account was deleted shortly after his arrest and or after he posted bon.

A second victim came forward alleging Morejon had her engage in sexual activity in his car, so a charge of forcible oral sodomy was filed a month after the sexual communication charge.

The victim in the case wrote a victim impact statement that was read in court by Assistant District Attorney Debra Vincent.

"Alberto took my innocence away ... at a time I was just learning about relationships," the statement read.

She also suffered emotionally and mentally, lost enjoyment in her school activities and now attends an online school, she wrote.

The victim's impact statement also said she wanted to thank all law enforcement and everyone in the court system that helped her along the way.

Lastly, she was happy that Morejon will never be allowed to be a teacher again, and she didn't understand how someone with that much power could abuse it, she wrote.

Morejon was allowed to speak and said he was thankful and loved his family, and he was sorry to everyone involved.

"I just hope they can find it in their heart to forgive me," he said.

He was remanded to the custody of the sheriff's office.