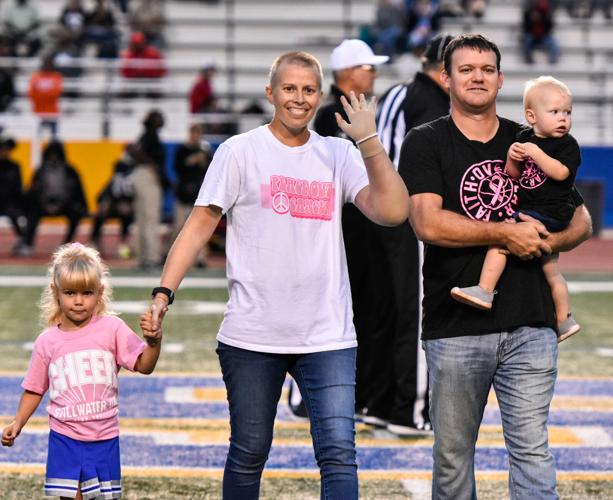 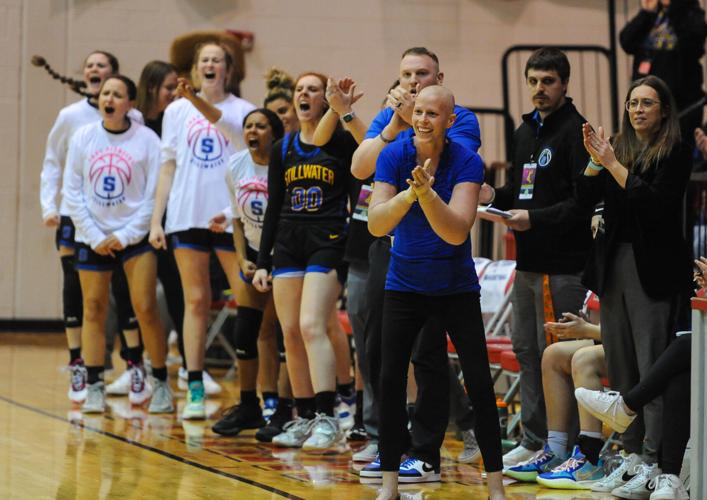 With the mantra “Faith over fear,” Kilpatrick was a physical embodiment of courage in a public battle against breast cancer.

“Kendra was a great teacher, coach and colleague,” SPS superintendent Uwe Gordon said. “She always made her students her first priority. She will be missed by the SPS family and her influence on all of us will be long lasting.

“She was with SPS for her entire career. It was great to watch her grow.”

Funeral services are 2 p.m. Thursday at Sunnybrook Christian Church in Stillwater. A visitation for guests will be 6-8 p.m. Wednesday at Dighton-Marler Funeral Home Chapel, 5106 N. Washington.

Kilpatrick is survived by husband Ross Kilpatrick and children Riley and Kendall.

She graduated from Medford in 2005 and Oklahoma State University in 2011. She was an assistant girls basketball coach seven years at SHS before taking the head job in 2016.

Kilpatrick was diagnosed with Stage 3 papillary breast cancer in April 2020. The rare form of cancer accounts for fewer than 3 percent of all breast cancers, according to the National Library of Medicine.

She went through multiple surgeries, radiation and rounds of chemotherapy while continuing to inspire others.

“I’ve said this before, but if it wasn’t for, one, my faith in Christ, and, two, the support of people around me, I couldn’t have gone through this process,” Kilpatrick said a year after her diagnosis.

In November of this year, from personal posts to the “Faith over Fear – Kendra’s Battle” page on Facebook, Kilpatrick reported pain and trouble breathing. On Nov. 13, after discovering low oxygen levels, she went to the ER. After negative COVID tests, Kilpatrick said she was told she had RSV – a viral infection that has been rising across the country. On Nov. 20, Kilpatrick said she was having trouble breathing and continued to struggle getting oxygen levels up.

“Her faith over fear was such an inspiration,” SHS senior Jacey Crawford wrote on social media. “I am blessed to have had her coach me all of these years, as she was a great example of strength, and her faith was without limits. Forever grateful for you Coach K.”

In her final basketball season, even with Kilpatrick undergoing weekly chemotherapy, the Lady Pioneers made it to the Class 6A state tournament. She was named the Oklahoma Girls’ Basketball Associated Coach of the Year.

Kilpatrick announced that she was stepping down from the coaching position because she wanted the girls to have a coach who could give, in her words, 100 percent. She was also looking forward to devoting more time to her family.

“In case something does happen, I don’t look back and regret, the last year of my life, I could have spent with my children, but instead I spent it working,” Kilpatrick told the News Press in March.

An education fund for the children has been set up through Dighton-Marler at the Riley and Kendall Education Fund c/o Dighton-Marler Funeral Home, 5106 N. Washington Street, Stillwater, OK 74075.

When Kendra Kilpatrick looks at photographs from the day her basketball team advanced to the state tournament, she rarely sees her face.