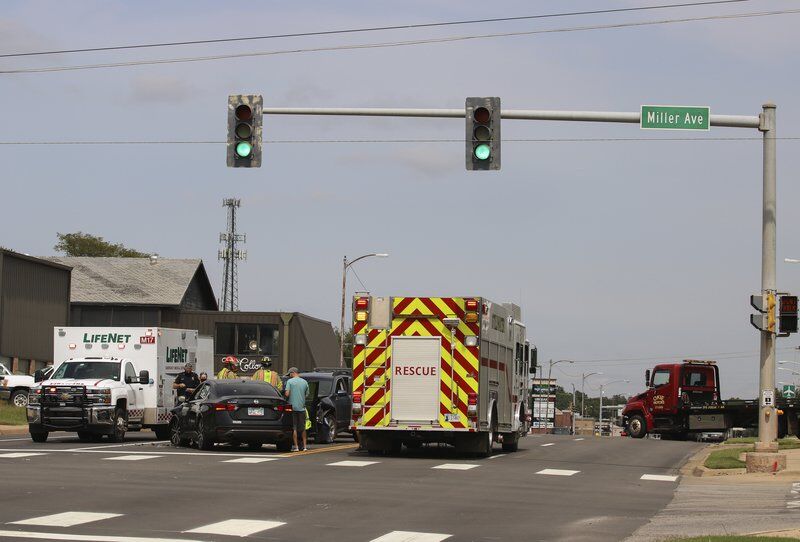 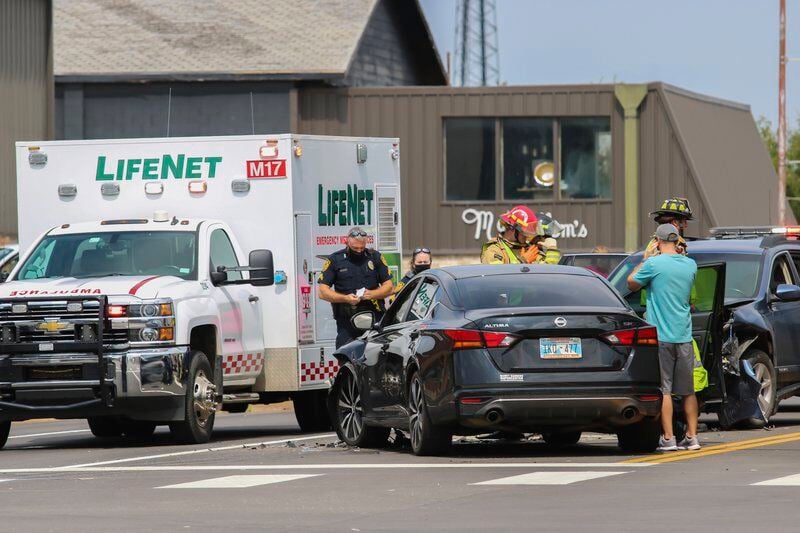 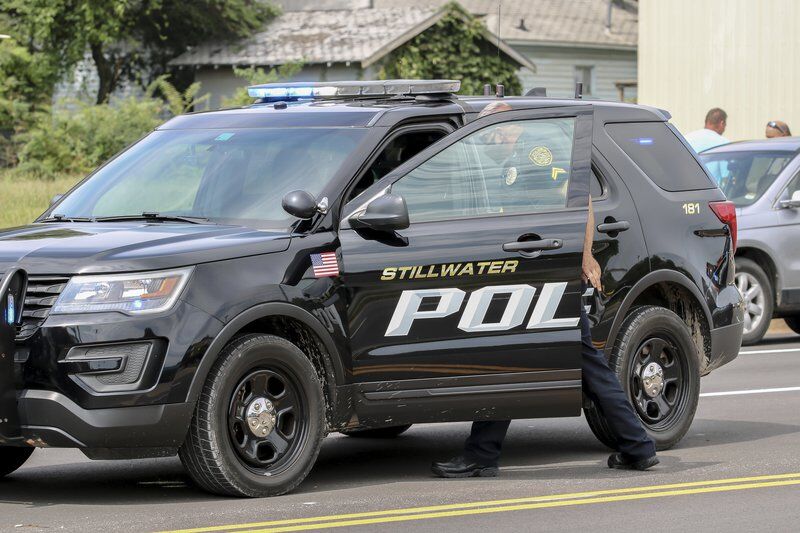 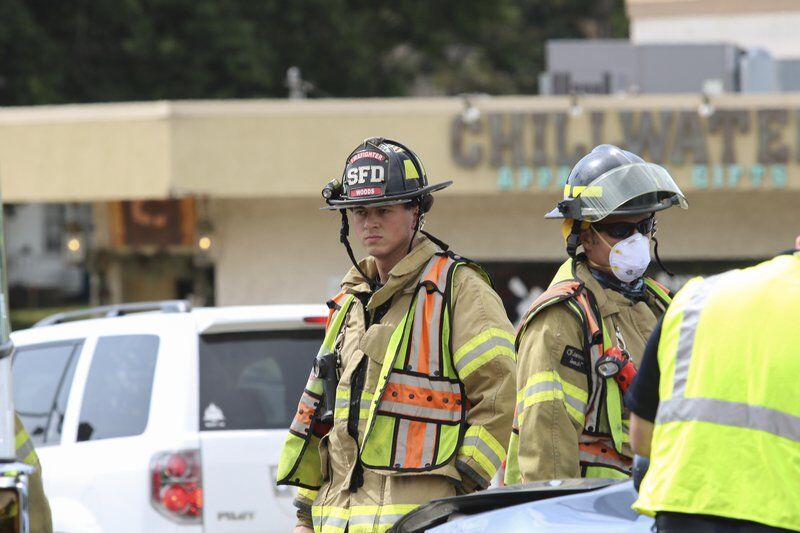 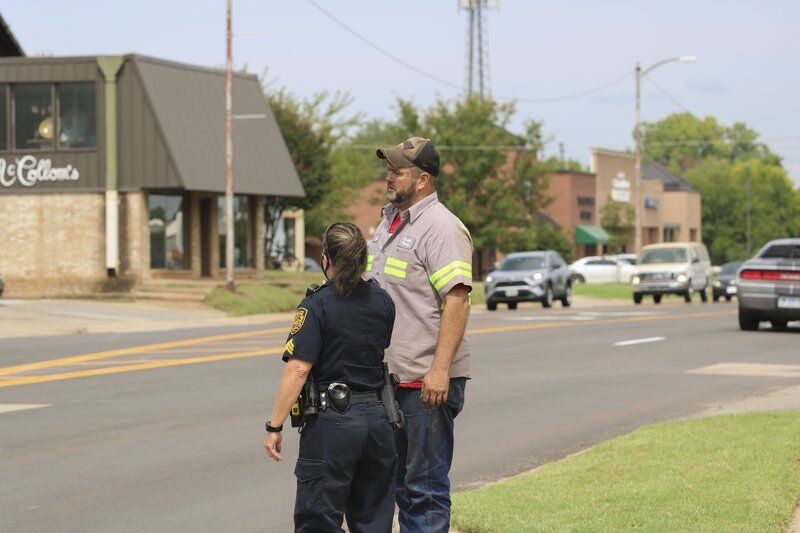 Ashlynd Huffman/ Stillwater News Press A Stillwater officer talks to the driver of a Tow Truck Service who arrived on scene of a wreck.

Ashlynd Huffman/ Stillwater News Press A Stillwater officer talks to the driver of a Tow Truck Service who arrived on scene of a wreck.

After law enforcement arrived on scene, LifeNet and Stillwater Fire Department were dispatched for an unconscious person.

The call was upgraded to an injury accident.

McKinney said the two vehicles involved were an Outback Subaru and a Nissan Altima.

The Subaru was stopped eastbound to turn left toward Walmart.

Northbound and southbound lanes had a green light. The Nissan veered left of center and struck the Outback.

A witness said the driver of the Nissan was possibly on the phone.

McKinney said he couldn't confirm that.

All three occupants in the Outback were transported to SMC for minor injuries.

The driver of the Nissan had minor injuries to their arm from the airbag and seatbelt.

McKinney gave the driver of the Nissan a citation.

SPD was assisted by SFD, LifeNet and a Tow Truck Service.