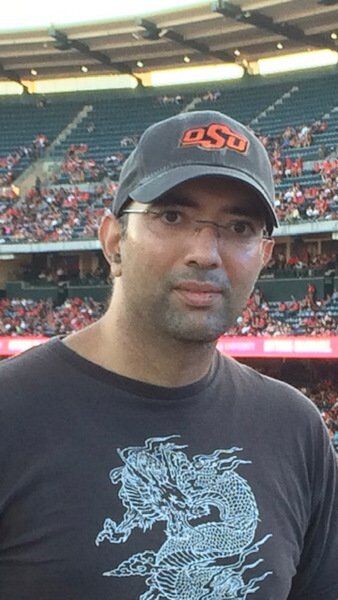 Aditya Singh wears his OSU cap at Angels Stadium in 2019, shortly after relocating to California. His friends and roomates say the bearded man shown in has mugshot is very different from the neat, clean-cut man they know. Provided 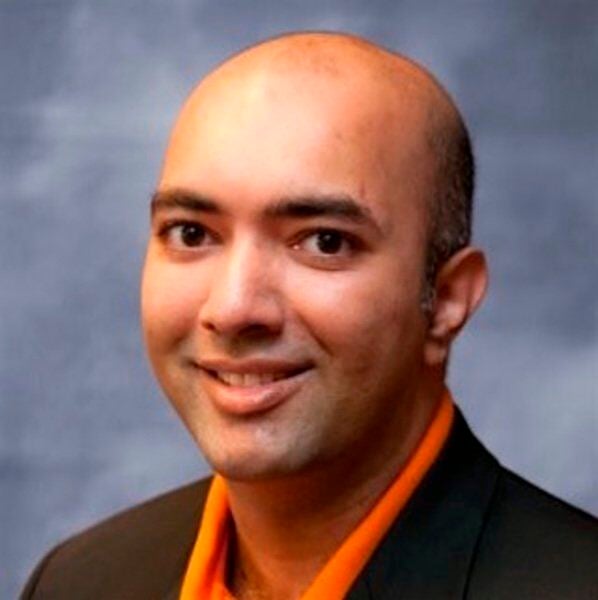 Aditya Udai Singh pursued a Ph.D. at OSU before relocating to California in 2019. He also taught undergraduate courses in International Business and Marketing. Provided

Aditya Singh wears his OSU cap at Angels Stadium in 2019, shortly after relocating to California. His friends and roomates say the bearded man shown in has mugshot is very different from the neat, clean-cut man they know. Provided

Aditya Udai Singh pursued a Ph.D. at OSU before relocating to California in 2019. He also taught undergraduate courses in International Business and Marketing. Provided

People who knew Aditya Singh during his time as a graduate student at Oklahoma State University were shocked to learn the man arrested after living in Chicago’s O’Hare International Airport for three months was the man they knew.

Jana Nelson is the Executive Director of the Mission of Hope homeless shelter, where Singh used to deliver restaurant food that would have otherwise gone to waste. When the News Press contacted Nelson to ask how she remembered Singh, she gasped at learning the man she had seen in the news was him.

She hadn’t made the connection between the bearded man in the mugshot and the soft-spoken, clean-cut professional who came to her in 2017 with a proposal to help feed her residents with food left over from Taylor’s Dining Room, a restaurant on the OSU campus.

“He was very professional acting,” Nelson said. “He was a very nice guy. He wanted to make sure people weren’t going hungry. He hated to see things go to waste. He had a big heart.”

Bailey Norwood, one of the professors who organized a multi-disciplinary Food Studies group at OSU, said Singh was involved in the group for a while but didn’t really stand out.

“He just seemed like a normal, rather quiet person,” Norwood said.

Singh was on the track of academic achievement, studying for his Ph.D. in Marketing at OSU’s School of Hospitality and Tourism Management.

At OSU, he taught undergraduate courses in International Business and Marketing and conducted research on sustainability, specifically ways to reduce food waste. His Three Minute Thesis presentation on “Food Waste: A Household, Societal and Environmental Problem” can still be seen on OStateTV at https://bit.ly/3qQSYhR.

But the friends he lived with in California after relocating in 2019 to spend some time before his visa expired, say he hungered for more than academic achievement.

He was on a spiritual path and wanted to do what he could to improve people’s lives, whether it was serving meals at a homeless shelter or running a 5K in his bare feet to draw attention to the plight of children around the world who don’t have shoes.

“He seemed to be on some type of buddhist mission type of thing,” roommate Carl Jones said.

Mary Steele, another friend and former roommate, said she and Singh often had spiritual discussions.

Steele said she spoke with Singh during his time living in the airport but didn’t believe he was actually staying there at first.

She doesn’t believe he meant any harm or realized what he was doing might violate the law. The man she knows as ‘Adi’ would never have knowingly done something illegal, she said.

Steele isn’t sure why he stayed in the airport instead of returning to India as planned.

He had wanted to stay in the U.S. but needed to return home, she said. Although his friends encouraged him to just stay in California, telling him no one would bother him there, he was adamant about doing things the right way so he would be able to come back when he wanted to.

She finds reports that he stayed because he was afraid to travel due to COVID-19 credible because he had gradually shown increasing concern about the virus, starting to wear his mask in the house and when he drove his car.

She thinks he might have been embarrassed to admit his anxiety to her.

Singh left Los Angeles on Oct. 19 and his friends thought he had returned to India.

On Nov. 25, he told Steele he was stuck at the airport but she says she didn’t think it was possible.

She spoke to him again in December and was shocked when he said he was still there.

She says she and Jones encouraged him to come back to California but he said he was on a Karmic journey, talking to people in the airport and helping them. They would sometimes give him food in return, she said.

It makes a sort of sense to her.

“He decided to get out of his intellectual world and moved into a spiritual path,” she said.

In spite of that, by Jan.14, he was starting to consider coming back to California, Steele said. That’s the day she says she started researching bus fares.

But he was arrested just two days later, after spending three months living in Terminal 2 between the Cinnabon and a shoe shine stand, according to CBSN Chicago.

Singh was found with an operations manager’s identification card that had been reported missing in October.

Although there are no allegations he did anything harmful or accessed restricted areas, airport authorities are under fire for not noticing his presence in the terminal for 88 days.

Two airline employees finally reported him to authorities after challenging him and finding the ID badge wasn’t his.

Singh has been charged with felony criminal trespass in a restricted area and misdemeanor theft of less than $500, although he told authorities he found the identification badge. He has since been released on bond, and is in Chicago awaiting a Jan. 27 hearing.

Steele and Jones said they don’t believe he meant any harm and they hope he won’t be punished just because airport authorities are embarrassed. They would like him to come back to California with them.

“He had no ill will or malice in his heart when he stayed,” she said. “I know he did not think anything he was doing was illegal ... He’s a fantastic human being.”