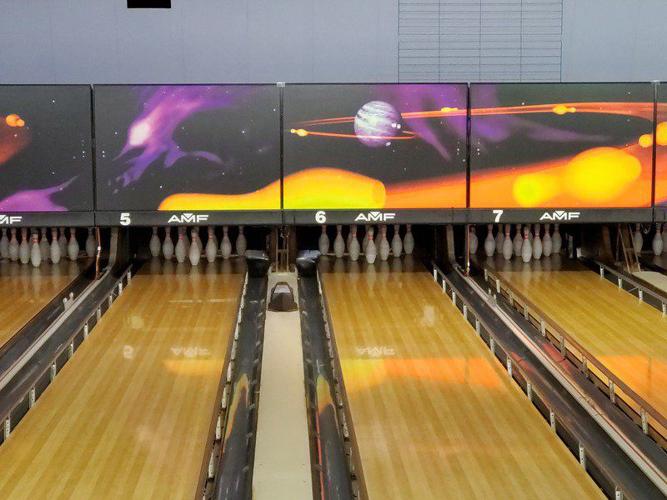 Courtesy of Ernie Simmons The masking units at Frontier Lanes in Stillwater are one of several items that have been cleaned and touched up while the alley is closed. 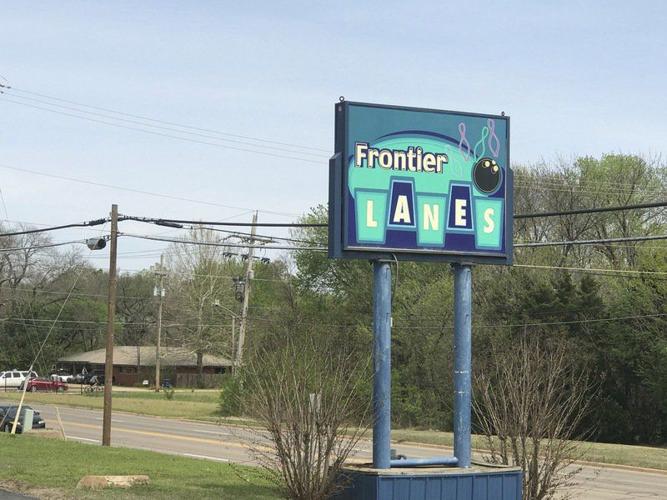 Jordan Bishop/Stillwater News Press Frontier Lanes, 3524 N. Washington St., has been closed like most business because of the coronavirus, but co-owner Ernie Simmons has tried to make the best of it.

Courtesy of Ernie Simmons The masking units at Frontier Lanes in Stillwater are one of several items that have been cleaned and touched up while the alley is closed.

Jordan Bishop/Stillwater News Press Frontier Lanes, 3524 N. Washington St., has been closed like most business because of the coronavirus, but co-owner Ernie Simmons has tried to make the best of it.

Ernie Simmons hasn’t had much time to work on his bowling game lately.

And with the coronavirus pandemic, that still hasn’t changed.

Since closing the doors of Frontier Lanes about a month ago to comply with the City of Stillwater’s edict to help flatten the curve, Simmons has bowled only once and it was last week.

The longtime Frontier Lanes employee turned co-owner when he bought the business two years ago with his wife, Wanda, has been keeping busy with cleaning and paperwork lately.

“I have been doing a lot of seminars online and webinars,” Simmons said. “The Bowling Proprietors’ Association of America has been keeping everyone up to date as far as loan applications. It has really been an information overload. Getting caught up on books and working with bankers, doing everything I can to stay busy and not go nuts.”

Simmons said last month that they were in the middle of league play when the announcement initially came to have no more than 50 in a group. Knowing that would seriously hinder who could come to the alley, Simmons was going to close for a few weeks anyway when the 10-person rule came into effect.

Although there are talks to get businesses back up and running, Simmons said he thinks it will be gradual process, so he doesn’t know when the bowling league season will continue, if at all.

“There was about eight to 10 more weeks of league play scheduled in the next month or so and that has really put a grinding halt to us,” Simmons said. “… Even if they went to 50, it would cut out some of our leagues, especially if you throw in the social distancing because we have four or five member teams on these leagues. They all come from different households. The social distancing is really going to put a damper on our league. There is a little bit of prize money so we have to decide on how we will disperse that back to the teams.”

Another thing Simmons, along with other bowling alley owners across the country, have started to discuss is new ways to sanitize the bowling balls themselves. The shoes are no problem, Simmons said, as they are heavily sanitized after every use anyway.

The balls are cleaned twice a day, but Simmons said he and some other proprietors are starting to think about cleaning after every use once the bowling alleys open back up.

“With the virus being involved, we are probably going to start cleaning the fingerholes with disinfectants also,” Simmons said. “I have heard other people planning on asking bowlers to leave the bowling ball on the lane and we will go down and sanitize it right there before putting it back on the rack.”

Simmons has been able to use the downtime to do some cleaning around the alley, keeping some of his employees on to help paint, deep clean the machines and polish the lanes.

He said on the bright side, most of the cleaning has to be done piecemeal throughout the year, so it has been nice to get everything knocked out at one time.

“We have stripped tiles, mopped the floor and polished them,” Simmons said. “We did a deep clean on the pinsetter and machines. We are coming off the busy time of the year, which sometimes that means things are pushed to the wayside so that was a good time to get caught up on that. We have started painting the walls and cleaning the chairs, the ball return covers, we have cleaned those really good with power washers. Painted some flooring back in the back, painted walls. The colorful units covering the machine are called the masking unit and that is what a lot of people will notice because it is a whole different look as part of the machine.”

Frontier Lanes usually has a staff of about 12 to 16, but Simmons said he has encouraged some of them to take unemployment checks in the meantime until he can reopen. The good thing is that after working with bankers and qualifying for the paycheck protection program, he will be able to call some of his employees back soon and get them working again.

Nothing has been ideal about the situation, but Simmons is hopeful that when it is all over and with a rejuvenated bowling alley, he will start to see people come in and enjoy themselves again. It will be a slow process, he thinks, but he admitted that they were planning to start doing online reservations before the pandemic happened anyway, so it has in a way, sped up their process a bit.

Updates from Frontier Lanes and how to help can be found at the FrontierLanesOK Facebook page and www.frontierlanes.com.