Gov. Kevin Stitt has ordered American and Oklahoma flags on state property to be lowered to half-staff from 8 a.m. to 5 p.m. Saturday in honor of Special District Judge Robert L. Hert, of Stillwater, who died Aug. 26. Hert, 75, will be memorialized by friends and family 2 p.m. Saturday at Stillwater Country Club.

The office of the Payne County Commissioners made the request of the governor, believing maybe they could have the flags lowered half-staff in Payne County. It was unexpected when Stitt gave the order for the entire state.

“We didn’t expect anything more than that,” said Payne County Deputy Commissioner LeNell Bowen. “We’re very touched. Judge Hert was a good person who served faithfully. We feel this is a good honor on his behalf.” 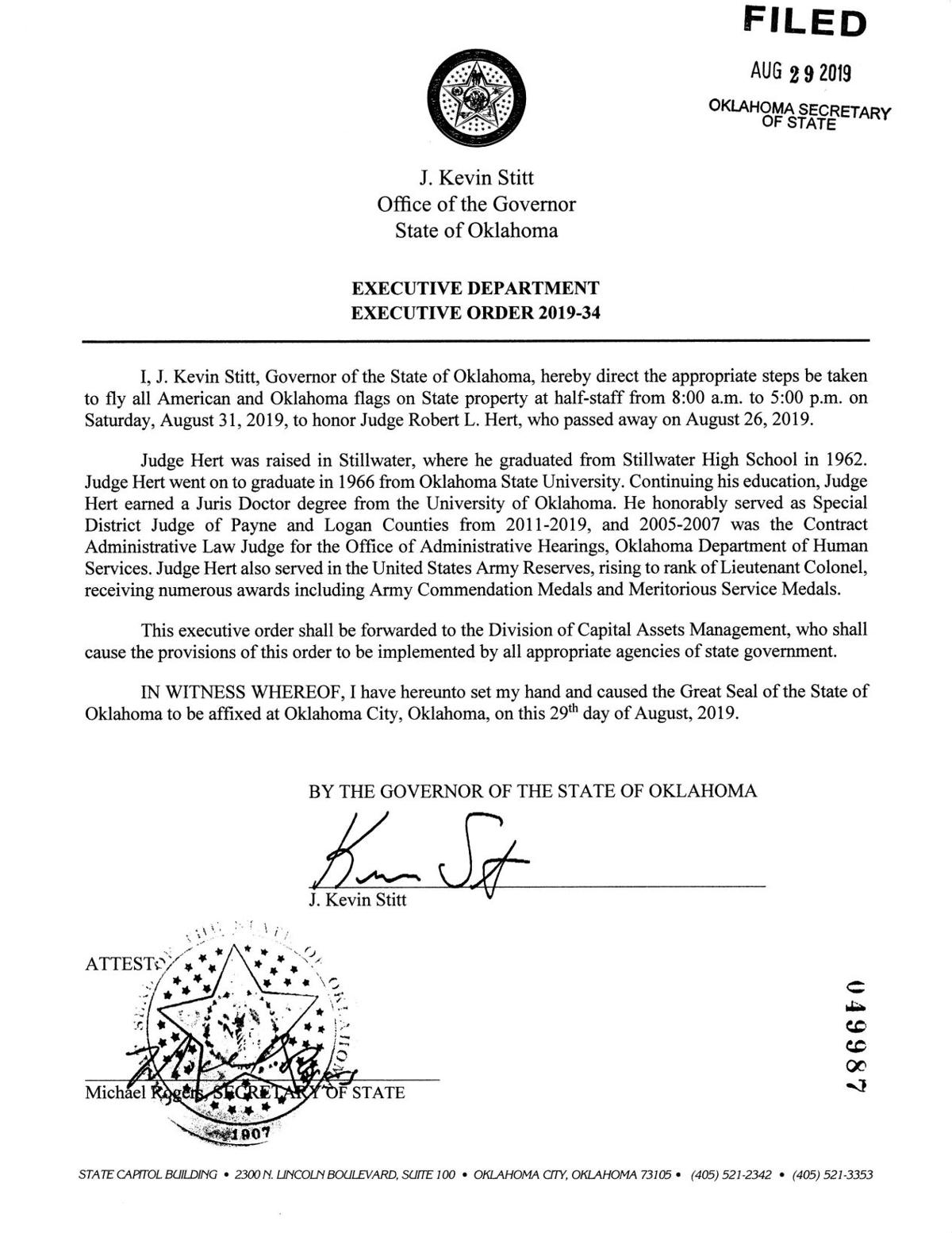 Communications Director for the Governor’s Office, Baylee Lakey, said her team wasn’t clear if the order could be made for just one county, but based on precedent, “whenever we lower the flag for an official, it’s statewide.”

Hert graduated with a bachelor’s degree in economics from Oklahoma State University in 1966. He earned his Juris Doctorate from the University of Oklahoma in 1969 before coming back to Stillwater to start a private practice. He had been a Special District Judge for Payne and Logan Counties since 2011. Here was also a Lt. Colonel in the United States Army Reserves.