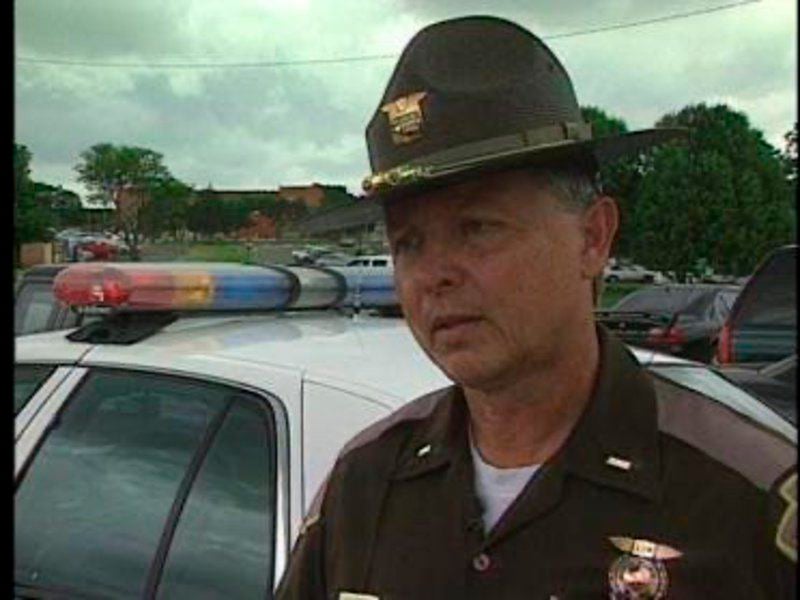 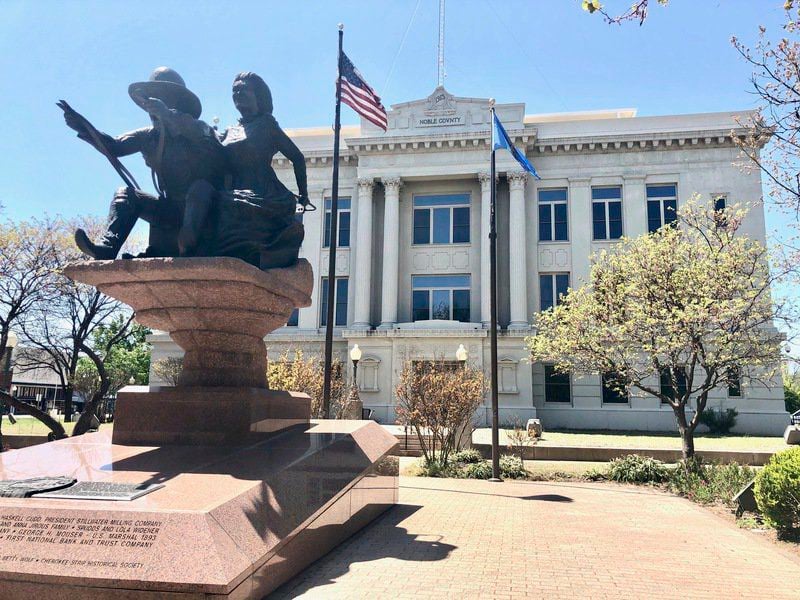 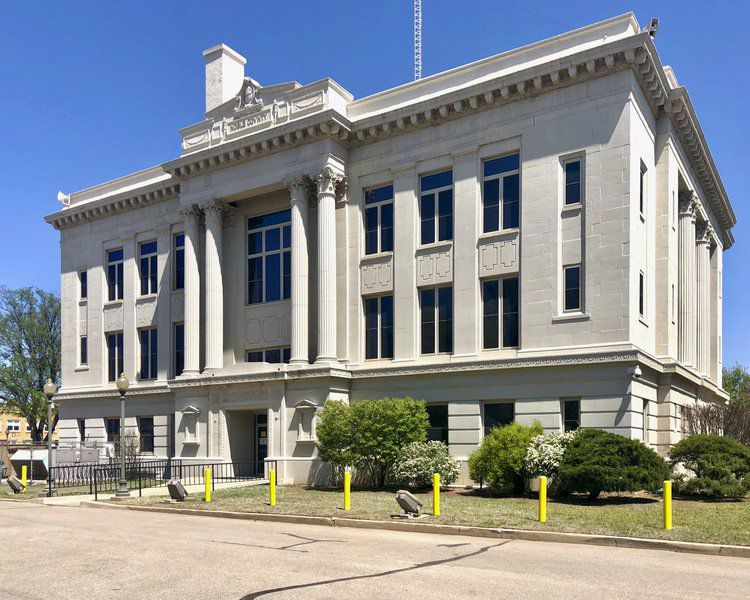 Hanger, the Noble County Sheriff since 2004, was an Oklahoma Highway patrolman 25 years ago when he became the man who apprehended Timothy McVeigh.

That morning, he was out patrolling the Cimarron Turnpike east of Perry and he started hearing a lot of radio traffic around 9 a.m., about the time the Alfred P. Murrah Federal Building in Oklahoma City suffered a massive explosion.

“The police radio at Oklahoma City headquarters was dispatching unit after unit to the Murrah Building so we turned on the television and saw what the rest of the world was watching,” Hanger said. “We saw the damage to the front of the building and the parking lot outside. Never at that particular time did I consider it would be an act of terrorism. I thought it was a natural gas explosion or something like that.”

Hanger heard from OHP Headquarters that he needed to go down to Oklahoma City to assist and as he turned south on Interstate 35 off of U.S. Highway 64, he received another dispatch telling him to disregard the assignment to Oklahoma City and return to his patrol.

On his patrol, Hanger noticed a yellow 1977 Mercury Marquis without a license tag. He pulled over the vehicle.

Hanger said he conducted his stops differently than most officers do now where they walk up to the vehicle. He stayed back at his car and asked the driver to step out.

It was McVeigh, who earlier that day had killed 168 people and injured nearly 700 more with a homemade bomb in a Ryder truck.

Hanger begun the traffic stop and noticed something odd in his interrogation of McVeigh.

“When I first saw Tim McVeigh, he got out of the car and was a clean-cut looking guy. Tall, slender, with a military style haircut,” Hanger said. “When he asked why I had stopped him, he had some suspicious reactions because when I told him why I had stopped him because he didn’t have a license plate on his rear bumper, he looked at that rear bumper and said, ‘Oh yes, I know I don’t have one. I just recently got that car and haven’t had time to get one.’ The fact that he looked made me wonder. Officers are taught to look at nonverbal communication and body language, and I thought that was odd when he looked after I mentioned that.”

It is something that he informs people about all the time. Had he just given McVeigh the traffic ticket or not noticed the way McVeigh acted, he would never have been booked into the Noble County Jail.

“I have always tried to let the public know that when an officer is out making a traffic stop, they are looking for things other than that traffic violation because criminals come up and down our roads each and every day, especially on the interstate system,” Hanger said. “So that officer is looking for activity other than just the traffic violation and that is not just to save lives, but to catch any illegal activity.”

Hanger found McVeigh had a handgun on his person and decided to take him to the county jail in Perry.

He said when he was driving McVeigh to the jail, he had no idea who he had just caught. A sketch wouldn’t be released until later and at the time, Hanger still didn’t know it was a bombing that had destroyed the Murrah Building.

Two days later, Hanger received a call from headquarters, asking him if he had ran a certain Social Security number in the National Crime Information Center, a resource patrolmen use across the United States.

“It was through that conversation that led to me calling the command post in Oklahoma City and finding out that Tim McVeigh was a suspect and needed to be held in the Noble County Jail until the FBI arrived,” Hanger said.

McVeigh was eventually taken and sentenced to death, and was executed on June 11, 2001.

Hanger said he thinks in the 25 years since, officers and people in general have became more observant of suspicious activity.

“I think that officers use different techniques than what I was taught in the patrol academy in 1976, but not only have law enforcement officers taken more protective measures to protect themselves, but I believe that the public overall is more alert to suspicious activity,” Hanger said.

Hanger has been down to the memorial site and museum in Oklahoma City, thinking it is very well done. Each time the day comes to pass, he thinks about the victims and their families.

“It is very vivid in my mind because I have an opportunity to speak to groups several times a year still,” Hanger said. “So that is always fresh in my mind and I do tell that story to others. The tragedy, it never changes. You just wonder how a human being could do that to other human beings. It is just such a terrible act.”