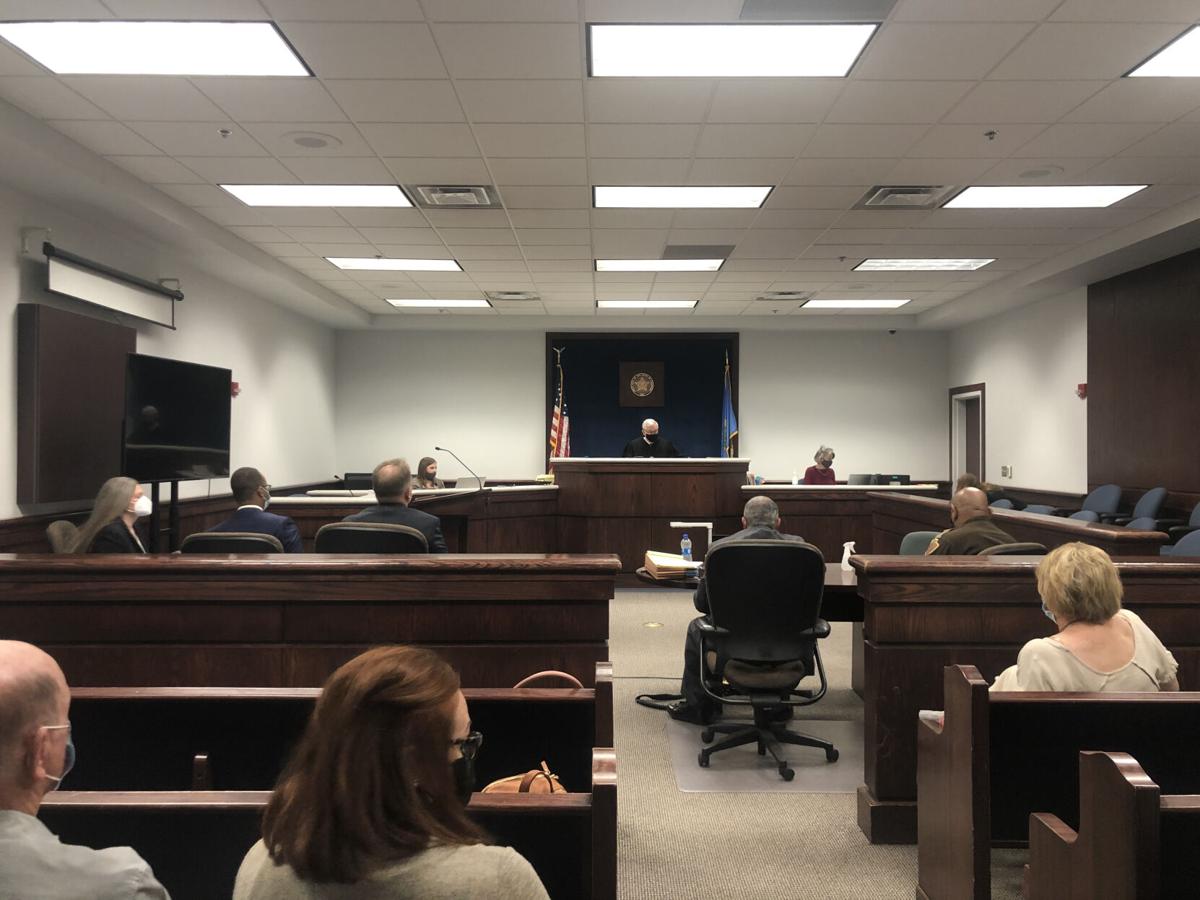 Tuesday morning, Christopher Tucker arrived at the Payne County Courthouse for the second day of his trial before Judge Stephen Kistler. 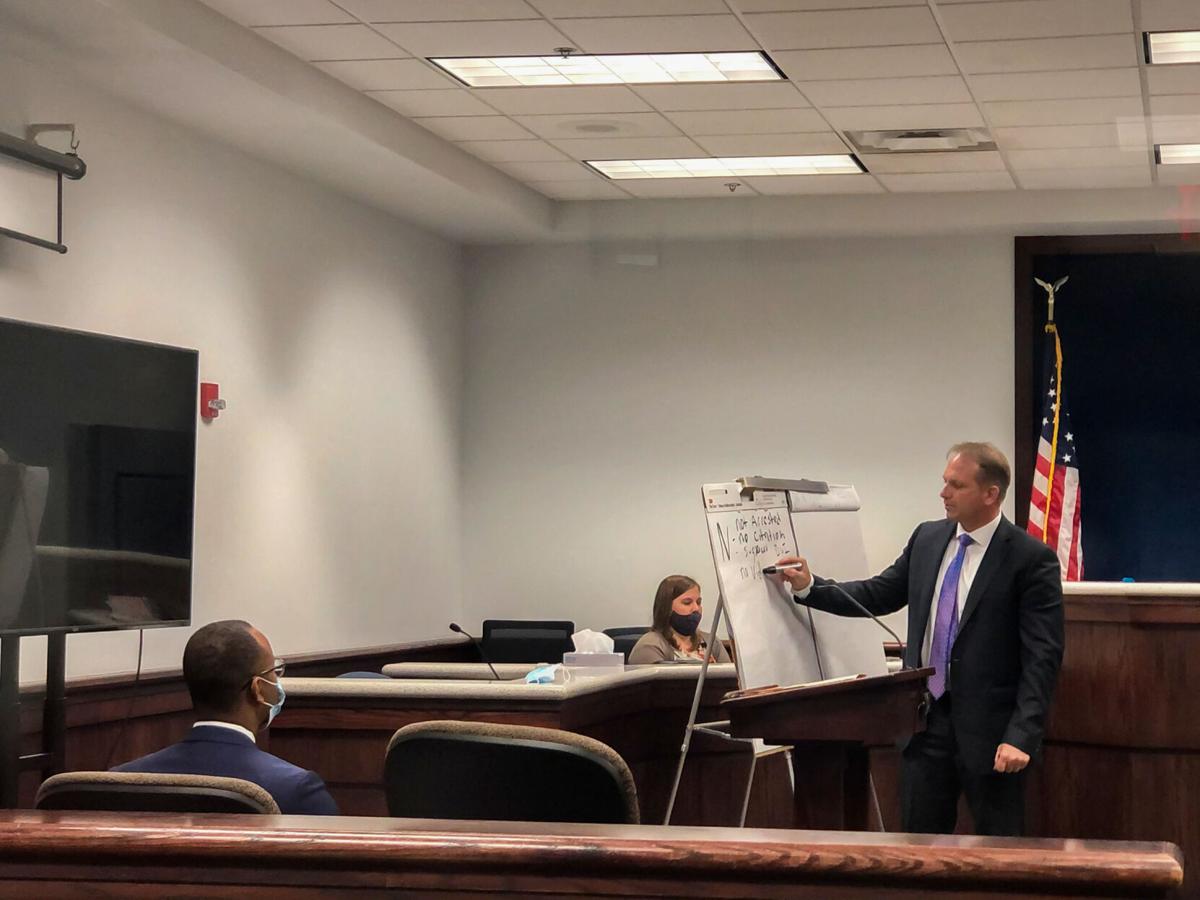 Defense Attorney Alan Woodland draws a demonstration for the jury during his opening statement. 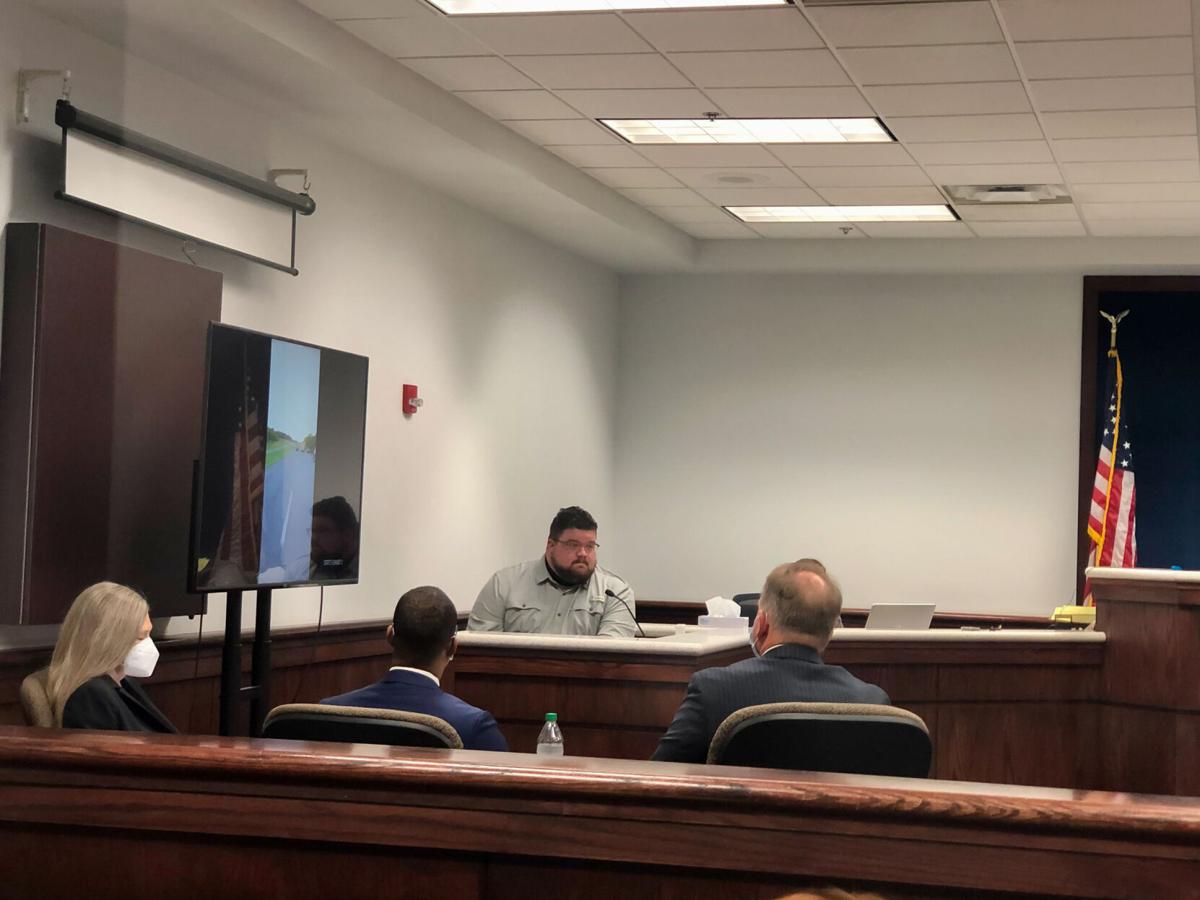 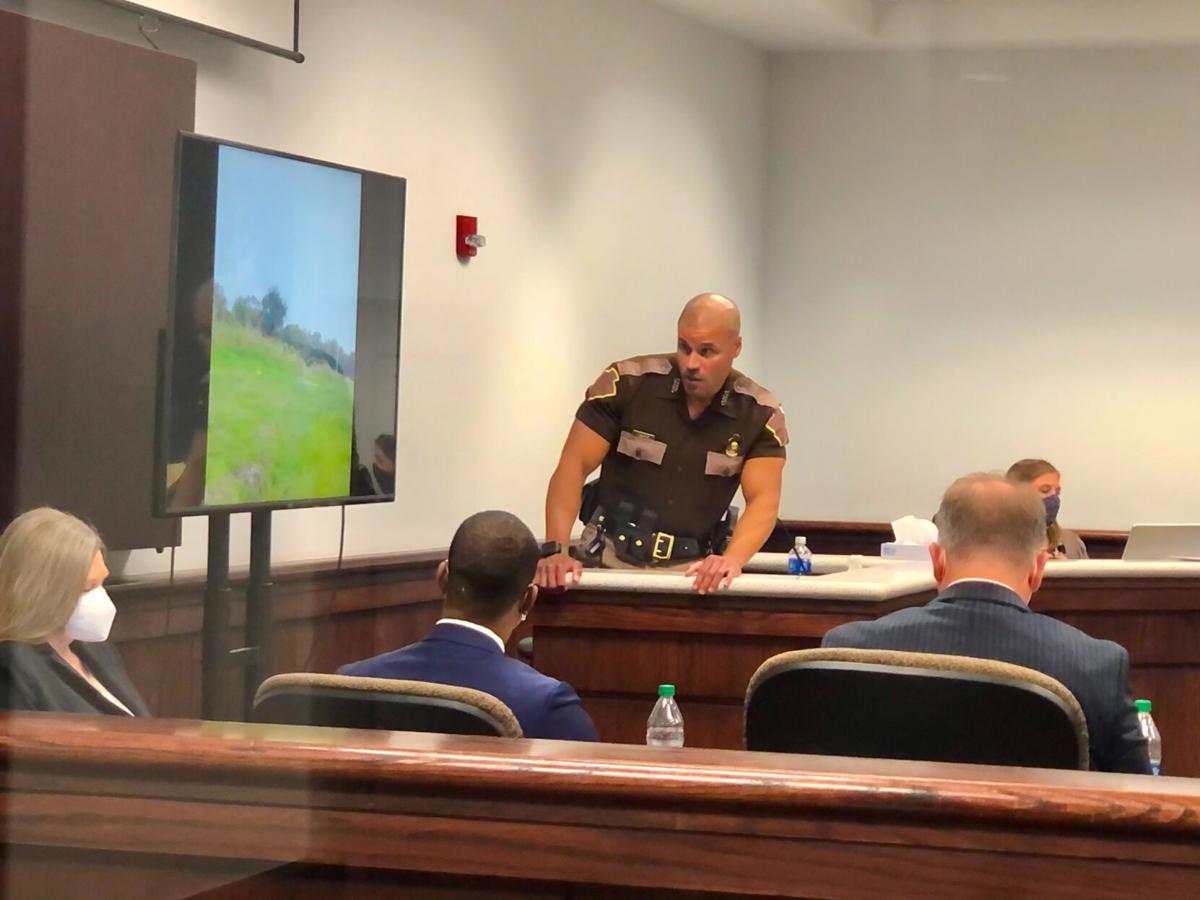 Tuesday morning, Christopher Tucker arrived at the Payne County Courthouse for the second day of his trial before Judge Stephen Kistler.

Defense Attorney Alan Woodland draws a demonstration for the jury during his opening statement.

Christopher Tucker, 33, of Yukon appeared in court Tuesday for the second day of his trial before Judge Stephen Kistler.

During opening statements, Woodland told the jury his client was experiencing things, but didn’t elaborate.

He also told the jury this was a tragic case, but his client is being wrongfully accused and the blood test in question was “flawed.”

Secrest was the first law enforcement on scene, but was not the investigating officer.

He testified his role Aug. 11, 2017, was to direct traffic and set up a perimeter to keep the scene safe until Oklahoma Highway Patrol arrived.

Woodland cross-examined Secrest and asked him if he wrote a report for the collision.

Secrest said he didn’t write a report due to him assisting another agency.

Secrest and Etherington went through some of the crime scene photos, which Secrest told the court he didn’t take.

His primary role in the investigation was to transport Tucker to and from Stillwater Medical Center to get his blood drawn, which is standard in a fatality collision.

He alleged on his way back from SMC he could smell a “faint” odor of an alcohol beverage on Tucker.

He testified the blood kit was not expired and that he sent the blood test by mail to Oklahoma State Bureau of Investigation as quickly as he could.

He didn’t remember if he did it that same day or the following day.

Williams was also cross-examined by the defense.

SMC RN Kayla Pierce was the next witness to take the stand. She was the nurse who drew the blood from Tucker for the blood kit.

She was questioned by Woodland on her education and her role in drawing the blood.

Baker wasn’t initially on the investigation, but was later requested due to his advanced training on fatalities.

He explained to the jury the process of investigating a fatality, and why an alleged suspect involved usually isn’t arrested at the time.

Baker said the totality of the investigation needs to be completed, and then it is forwarded to prosecutors, who decide if charges are filed.

Baker testified there was no indication of breaking from Tucker’s vehicle nor were there any significant steering input.

The speed limit where the collision took place is 65 MPH.

Baker was not cross-examined.

Etherington called OHP Trooper Anthony Harper, who was a secondary investigator on the collision.

During direct-examination, Harper said Tucker’s vehicle was difficult to see.

It was said by many of the witnesses that Tucker’s vehicle was not close to the collision scene.

Kistler put the remainder of the trial in recess until Wednesday morning.

Wednesday, Harper will continue with a brief direct-examination before the defense has the opportunity to cross-examine.