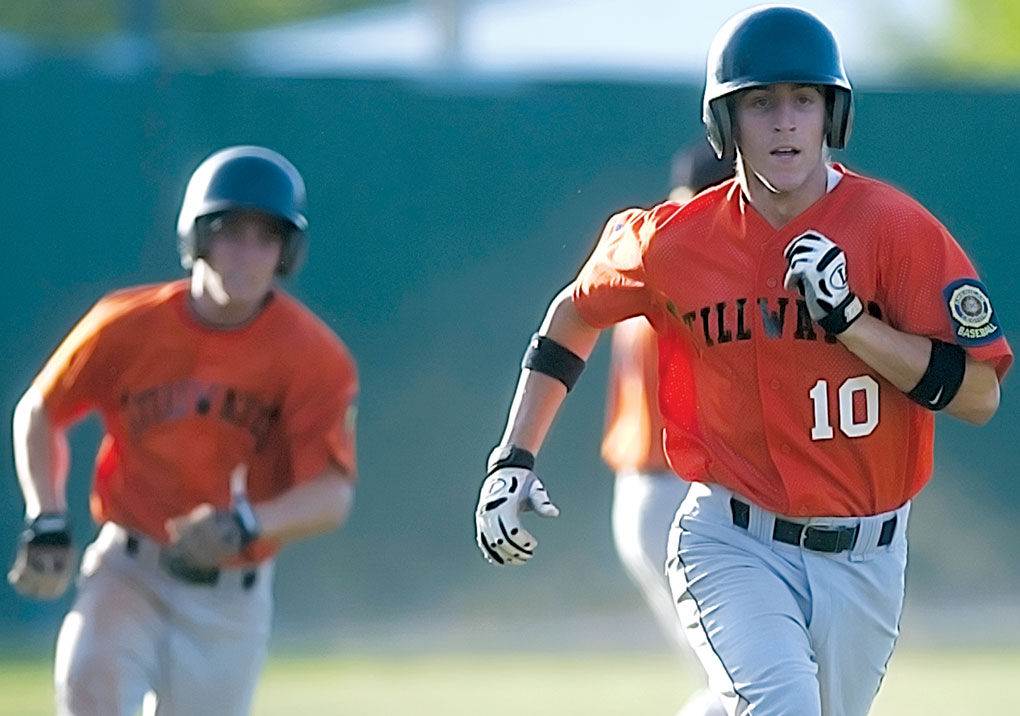 Terry Smalley runs home with Ryan Schoonover on his heels. 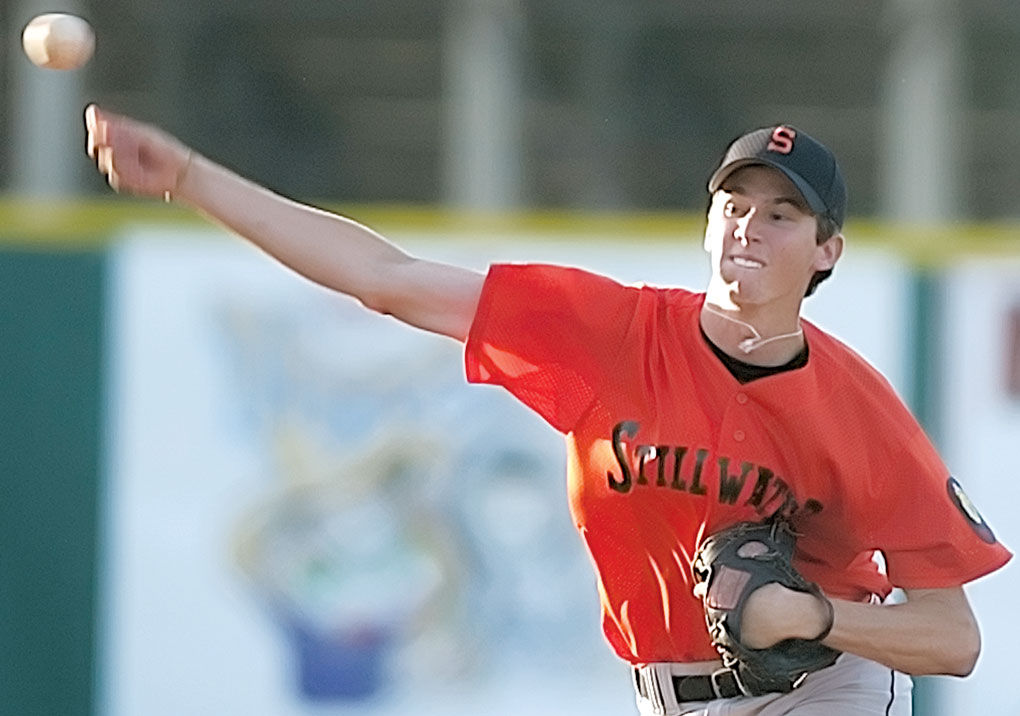 Terry Smalley runs home with Ryan Schoonover on his heels.

When the Stillwater Majors lost their season opener last week, they got the message loud and clear. Since then, the Legionnaires have won six straight games and dominated Duncan, 12-3, in seven innings Wednesday at Couch Park. Stillwater (6-1) had all the help it needed on the mound as Carney product Shane Cameron pitched six complete innings — allowing four hits, two walks and no earned runs — in his second start of the summer. “I just went out there and did my thing,” Cameron said. “I just settled in (after the first inning), threw some strikes and had a lot of help from my defense. I started to get into my groove around the third inning and was feeling really good.” The Connors State signee also struck out 11 batters as he earned his second straight win on the bump. “Shane does well each time he goes out to the mound,” said Majors coach Todd Smalley. “He is the type of kid that can go out on the mound and dominate if he wants to.” Cameron (2-0) did not finish the game, but Smalley said it wasn’t because of lack of effort late in the contest. “This early in the year, I’ve got pitchers limited to 90 pitches, and Shane was right at his pitch count when he came out (in the seventh),” Smalley added. Cameron is no stranger to success on the hill. As a senior at Carney this year, he compiled a 9-3 record with a 1.58 earned run average and 100 strikeouts. During his four-year career as a Bulldog, Cameron had a 62-10 record with 551 total strikeouts. Though he has departed from CHS, he said he has enjoyed making the transition with the Majors. “(Legion baseball) is a little different, but it’s a lot of fun and I like being around these guys,” Cameron said. Cameron allowed his only runner to score in the first inning when Duncan’s Dearth Parker scored off an error. After that, the Stillwater bats went into high gear. The Legionnaires posted eight runs in the bottom of the third inning off of six RBI singles and a two-RBI single by Garrett Field. The Majors took the double-digit lead, 11-1, in the sixth courtesy of an RBI double by another Carney product, Taylor Freeman. Freeman, who was drafted by the Detroit Tigers in the 41st round of the Major League Draft Wednesday, finished 3-for-4 at the plate with two doubles and four RBIs. “(Freeman’s) been hitting the ball hard and with authority every time,” Smalley said. “He’s in the three hole for a reason — he’s doing a great job for us.” Ryan Schoonover went 3-for-4 with three runs scored while Demetrius Terronez had a 2-for-3 night. Parker led Duncan offensively as he went 3-for-4 with a double and a two-run home run that came in the top of the seventh. Though it’s early in the season, Smalley said he has been impressed with his squad thus far. “The kids have been playing great outside of that first ball game,” Smalley added. “They are all still vying for positions because there are very few spots that are nailed down at this point. They’re scraping for everything they get.” The Majors will travel to Okmulgee on Saturday for a nine-inning game scheduled for 12:30 p.m. Stillwater 12, Duncan 3, 7 innings Dun 100 000 2—3 6 1 Stw 008 202 x—12 15 1 (D) Murphree, Byford (4) and Roberson. (S) Cameron, Shelton (7) and Terronez. W-Cameron (2-0). L-Murphree. HR-(D) Parker. 2B-(D) Parker; (S) Freeman 2.