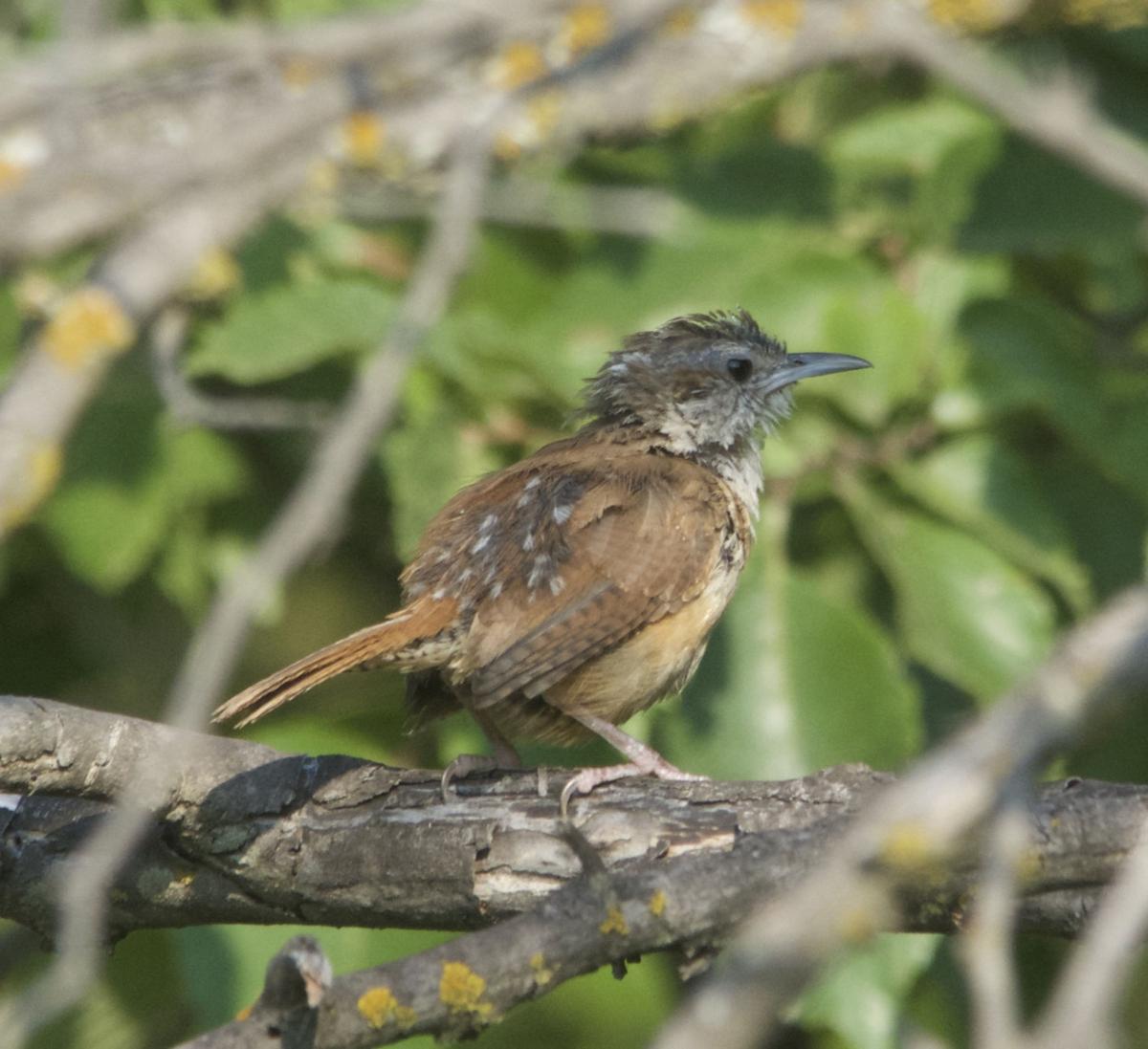 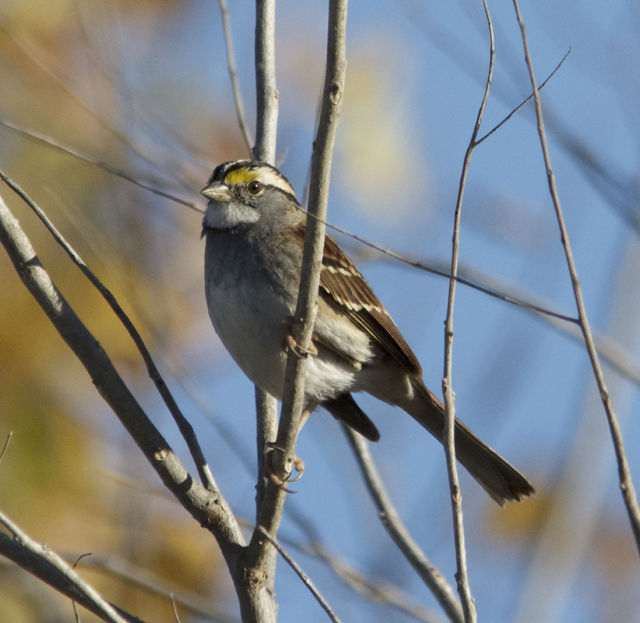 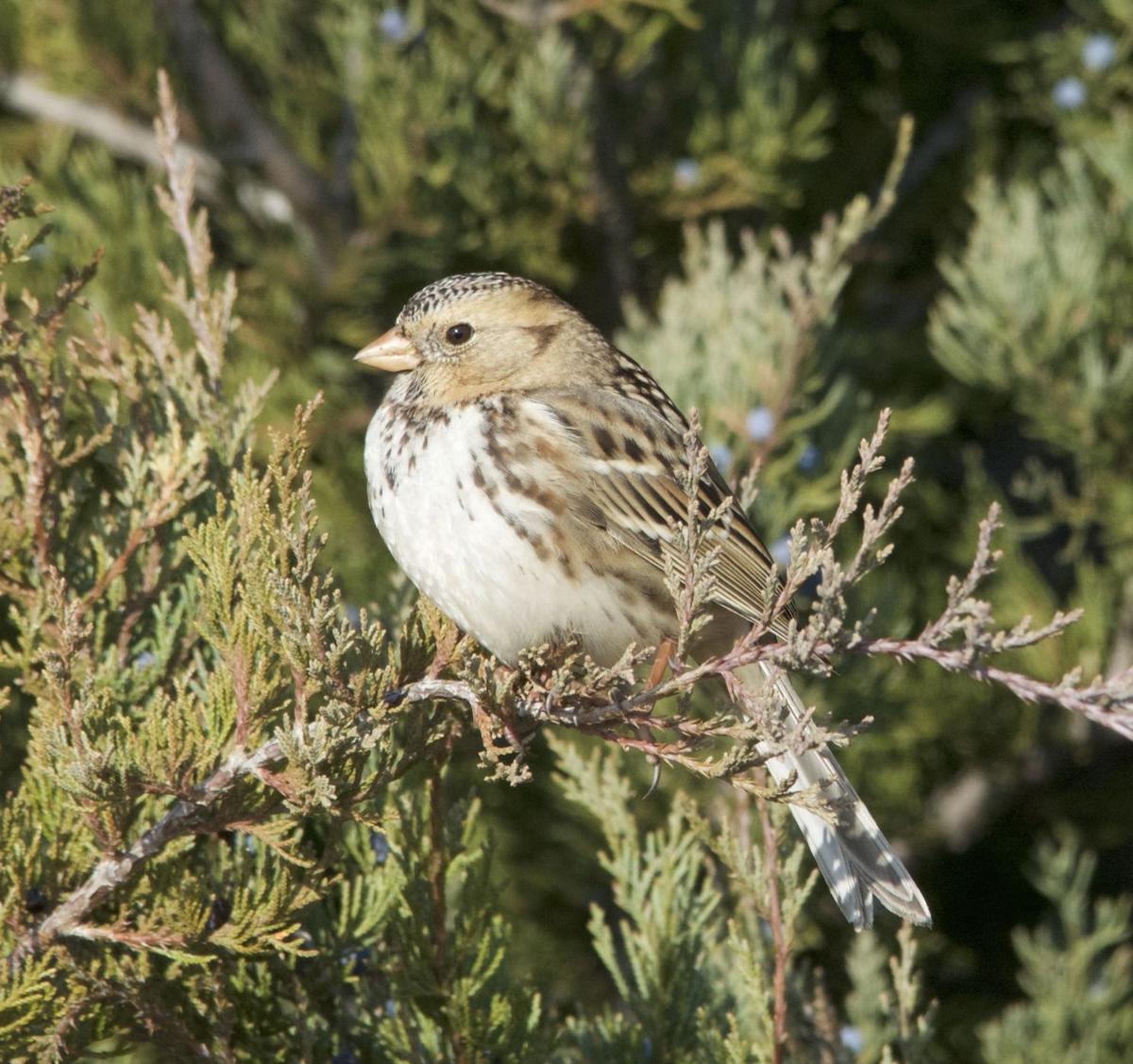 Tuesday Nov. 26, Boomer Lake saw two boisterous males and a female Bufflehead that kept on the move. Seven resting Ruddy Ducks rested comfortably in the main channel, while a male Carolina Wren sang his heart out looking for a female on his territory. Instead, his call was answered by another male abutting his real estate. A single slate-colored Dark-eyed Junco lazily searched for weed seeds, while a Field Sparrow showed itself for a few seconds, with three Song Sparrows surrounding Heron Cove.

Last Wednesday with slightly cooler morning temperatures and pre-front to a couple of days of rain, the migrant Canada Goose population was on an uptick. Two Double-crested Cormorants in breeding plumage lazily took their time drying off their wings before they plunged into the waters off a west side snag, then headed north. The American Robin, also on the move, stopped momentarily to seek others of its species before its own movement south.

0.37 inches of rain over last Wednesday and Thursday brought in more birds for Saturday, the final day of the month. Ruddy Ducks increased slightly, along with a Pied-billed Grebe, a couple of American Coots, a few more Ring-billed Gulls, while three Herring Gulls tagged along on the outskirts of the crowd. The Northern Mockingbird moved back in, along with a slight increase in migrant American Robins. The American Goldfinch, joined by Song, Field, and Harris’s Sparrows was within increasing slate-colored Dark-eyed Juncos.

While the barometer continued its southward descent, another front passed through the area on Sunday, Dec. 1, bringing in larger numbers of Double-crested Cormorants. Sparrows stayed low to minimize the effects of stronger winds, while increasing their food intake.

This past Monday, while the shifting winds abated, Ruddy Ducks increased, along with four Killdeer lying low on Shorebird Jetty. Yellow-shafted migrant Northern Flickers, Dark-eyed Juncos and assorted sparrows settled down to dine upon weed seeds temporarily, while good numbers of migrant Robins and assorted blackbirds made their way south.

During this time period, Lake Carl Blackwell provided Northern Shovelers, Redheads, and Lesser Scaup. Sharp-shinned, Red-tailed and Red-shouldered Hawks showed themselves, along with several representatives of our resident woodpecker clan, including the migrant Red-headed, along with resident Red-bellied and Downy Woodpeckers, as well as Yellow-shafted Northern Flickers.

The Carolina Chickadees are also out in force, which means that tag-along Tufted Titmice, White-breasted Nuthatch, Ruby-crowned Kinglets, and both the Carolina and Bewick’s Wrens share their eyes with the additional hawk population in sight.

Add in the seasonal Fox, White-crowned, White-throated (migrant), and Savannah Sparrows with the Spotted Towhee and increased Dark-eyed Juncos with the Yellow-rumped Warbler for a traditional winter roundtable.

Migrant arrival for December will include the Dunlin, American Tree Sparrow, and Long-eared Owl. Departing and passing through Oklahoma will be Blue-winged Teal, House Wren, and Sprague’s Pipit.

Tuesday, additional Pied-billed Grebes settled in to rest, while more Sparrows and Juncos stopped to find their own sustenance before moving on, as the resident American Robin population continued to increase.