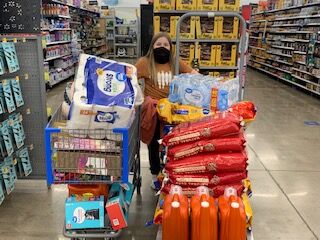 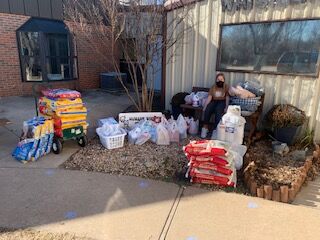 Emma Goodner wanted to help raise money for the Humane Society due to her love of animals.

Emma Goodner wanted to help raise money for the Humane Society due to her love of animals.

A local middle school student created a fundraiser for her birthday in hopes to raise money for the Humane Society of Stillwater.

Emma Goodner, a sixth-grader at Stillwater Middle School raised over $1,000 to help the Humane Society of Stillwater.

Jackie Ross-Guerrero, the director at Humane Society of Stillwater said, tears were brought to her eyes as she saw Goodner with all the donations.

Goodner said she decided to raise money for the business because she loves animals. She also had a friend do a fundraiser for them a few years ago, and decided she wanted to do one as well.

Goodner held a virtual Polar Plunge in order to raise the funds.

“I had decided to do a polar plunge, but my dad thought it would be hard to get my friends to do it with me. We were already going to be at Lake McMurtry Dec. 13, and then the snow came,” she said.

Still, her father convinced her to continue with the Polar Plunge, even though it was just Goodner and her dad participating.

She said she received a list on what the Humane Society of Stillwater needed, and proceeded to find those items.

Ross-Guerrero said the money they raised would usually go toward the items that Goodner bought, and now those funds can now be used on health-related items for the animals.

She wasn’t sure how many animals Goodner provided for, but knew it was over 100.

“Oh goodness, I mean she brought food and litter and treats and toys and leashes and collars and I don’t even I can’t even begin to tell you. I mean, she probably fed at least 200 animals, if not more, because of all the food that she brought between the cats and the dogs,” she said.

Goodner provided close to 20 cat beds for the business among many other items.

“I just appreciate that a girl that age is knowledgeable to the fact that the homeless animals in Stillwater need help, and she would rather give to them than to ask for gifts for herself, which is big for a girl that age,” Ross-Guerrero said.

Due to everything that is happening with the pandemic, Ross-Guerrero said donations have been low, so she appreciates everything Goodner donated along with those who donated to Goodner.

Goodner said she was happy after donating to the animals in need.

“It was cool, awesome and exciting. I am hopeful Zach will get adopted. He is a dog at the Humane Society that has heartworm disease,” she said.

Goodner was asked if she had anything specific she wanted to add and her answer was simple.

“People should adopt or foster a dog or cat,” Goodner said.