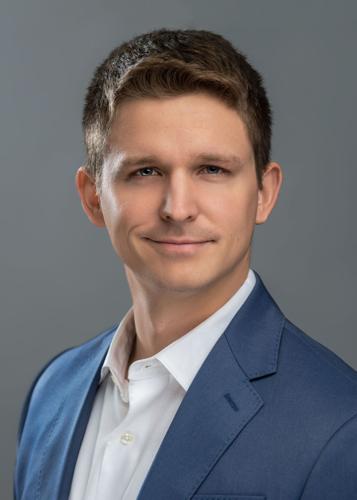 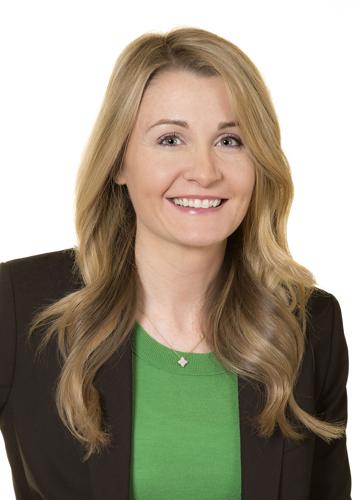 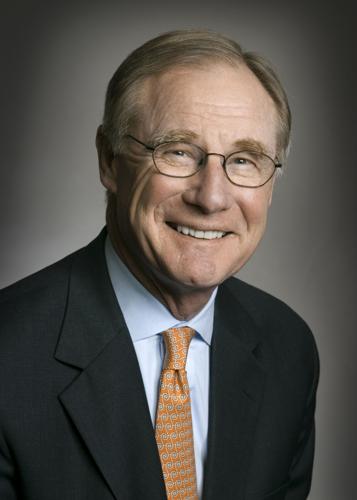 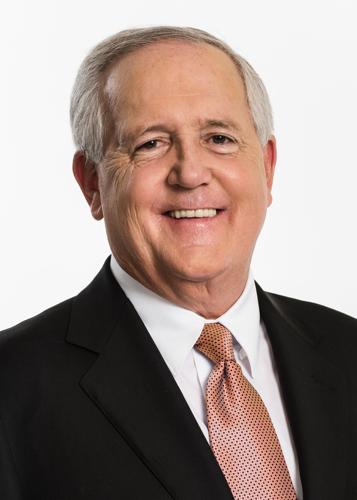 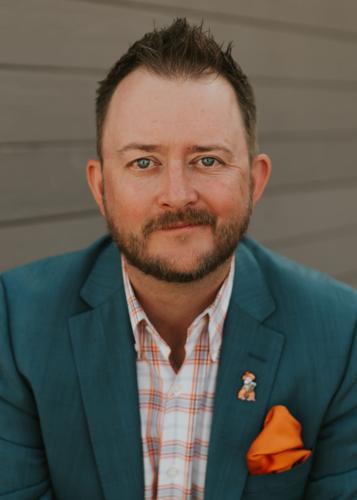 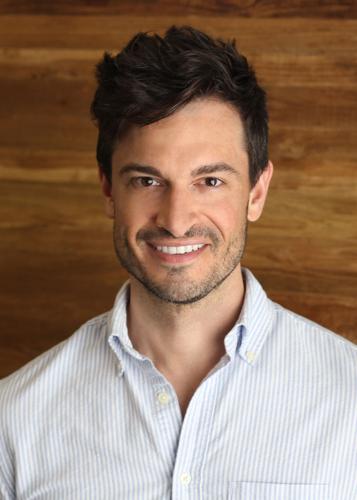 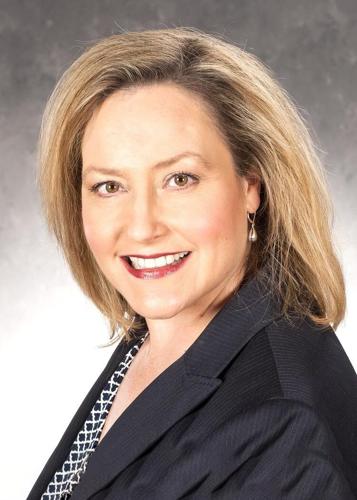 The annual Spears Business Hall of Fame banquet recognizes graduates with distinguished professional careers who have given back to their communities and displayed exemplary leadership skills. Hargis, Helm and McMahan will be honored as inductees into the Spears School’s Hall of Fame, the highest honor awarded by Spears Business.

“This year’s Hall of Fame honorees have distinguished themselves in business and public service,” said Dr. Ken Eastman, dean of Spears Business. “It is our privilege to recognize them for their achievements and for the positive distinction they have brought Spears Business and OSU. Our four younger alums have already crafted exciting careers for themselves and we know that more great things lie ahead of them.”

Hargis served as OSU’s president from March 10, 2008 until retiring July 1, 2021, leading the university to unprecedented heights during his leadership. Transplanted to Oklahoma during his sophomore year of high school, Hargis enrolled at OSU in 1963. He took legendary department head Wilton T. Anderson’s basic introduction to accounting class and loved it, so much so that he became an accounting major. He graduated with a bachelor’s degree in accounting in 1967 and then went to graduate law school at the University of Oklahoma in 1970.

Hargis practiced law in Oklahoma City for 28 years, where he worked with the firm of McAfee & Taft. In 1997, Hargis joined the Bank of Oklahoma, where he rose to become the vice chairman. He was a president of the Oklahoma County Bar Association, former president of the Oklahoma Bar Foundation and is a Fellow of the American Bar Foundation. Hargis was also a candidate for the Republican nomination for Governor of Oklahoma in 1990.

Then in 2008, he became the 18th president of OSU. As president, he created a campus culture of collaboration, innovation, wellness, mutual respect and success. During Hargis’ presidency, OSU set historic enrollment and fundraising records, with pledges and cash surpassing the Branding Success campaign’s $1 billion goal, nearly two years ahead of schedule.

The funds have provided student scholarships, faculty endowments and funding support for much-needed facilities like the new building for Spears Business and other vital programs.

Hargis and his wife, Ann, were active across campus, interacting regularly with OSU’s diverse student body. As strong proponents of wellness, they led OSU’s initiative as America’s Healthiest Campus and created Pete’s Pet Posse, a nationally unique pet therapy program, which led to the creation of the Ann Hargis OSU Center for Pet Therapy.

As members of OSU’s Heritage Society and the Proud and Immortal $2.5 Million club, the Hargises are leaving a long-lasting legacy of scholarships and professorships from their “Ann and Burns Hargis Endowed Professorship” to their “Rosalie Burns Hargis Family Fund” to their “University Leadership Scholarship.”

Helm is chairman of American Residential Group, a commercial real estate firm engaged in the development and management of multifamily residential properties throughout the Sun Belt region with a focus in Oklahoma and Texas.

A native of Missouri, Helm moved to Tulsa with his family at 15 years old and graduated from Tulsa Edison High School. He chose to attend OSU, where his love for the Cowboys and the state of Oklahoma flourished. A member of the Sigma Chi fraternity, an experience that deepened his passion for OSU, he graduated in 1970 with a bachelor’s degree in business administration and immediately threw himself into supporting OSU as a football and basketball booster.

After graduation, Helm went to work for the Hardesty Company managing the home building division. After a few years, he made the move to Midland Mortgage, now known as MidFirst Bank. Prior to forming American Residential Group in 1997, he served as managing partner for Lincoln Property Company in the Oklahoma and Arkansas regions.

In 2001, Helm’s passion for broad and equal access to quality public higher education was recognized by Gov. Frank Keating and he was appointed to the OSU/A&M Board of Regents, serving twice as chairman. He served for 12 years until he was appointed to the State Regents for Higher Education in 2013 by Gov. Mary Fallin. He served the State Regents, including as chairman, until his retirement in 2022. He now serves as chairman of the Board of Trustees for OSU Medical Authority and chairman of the Board of Trustees for the OSU Medical Trust.

Helm and his wife, Fayenelle, have been married 43 years and have one daughter, Christian Helm Leikam; a son-in-law, Robert Kip Leikam, Jr., and two grandchildren, Nellie and RK.

McMahan is a native of Guymon, Oklahoma, and credits her success to her upbringing on the family farm where a strong work ethic was instilled. In January 2020, she was named the chief financial officer for International Justice Mission, a Christian nonprofit focused on human rights and justice to stop human trafficking and slavery. She previously worked as CFO of nVent Electric, CFO of the Spectranetics Corporation until it was acquired by Philips and as CFO of MSA Safety Inc.

She graduated from OSU in 1984 with a bachelor’s degree in finance. At OSU, McMahan was a member of the Business Student Council, Phi Kappa Phi honor society, Omnicron Delta Kappa, President’s Leadership Council and she was recognized as a Top 10 Freshman.

McMahan started her career at an Oklahoma City bank in the late 1980s, but took the opportunity to attend grad school, earning her MBA from the Harvard Business School in 1989. Over the past 30-plus years, she has succeeded in numerous roles during her business career. She served over 20 years in the life science industry at Thermo Fisher Scientific, Johnson & Johnson and Eli Lilly and Company, where she spent eight years working internationally in Australia, England and Belgium.

In April 2018, she returned to OSU to speak at the Spears School’s CEO Day. She shared with students to “be energetically curious, be generous, and that the higher up you move in the company, the less it becomes about you and the more it becomes about the success of your company.”

McMahan and her husband, Jerry (also an OSU alum), make their home in Alexandria, Virginia. They have three adult daughters, two sons-in-law and one grandson.

In 2001, the Outstanding Young Alumni award was established to recognize alumni who have provided significant service and achievement early in their professional careers. This year, four outstanding individuals will be honored.

Evers graduated from OSU with a bachelor’s degree in management information systems in 2013, and within a month the owner of a Stillwater karate school asked him if he’d be interested in purchasing the business. Using his knowledge of the business, and his years of experience from working as general manager of the Stillwater and Tulsa locations throughout college, Evers bought the school only two months after graduating.

Mays is a 2005 OSU graduate with a degree in hotel restaurant administration (now known as hospitality and tourism management). When asked where his passion for hospitality comes from, he says, “I was indoctrinated from birth.” He grew up in Waurika, Oklahoma, where his family has operated Bill’s Fish House, a catfish restaurant, since 1962. His childhood was spent in the kitchen and front of the house, learning all aspects of the business.

After graduating from OSU, Mays moved to Oklahoma City in 2008, opening Café 7 Delicatessen & Pastaria with the help of one of his OSU professors, Paul Sorrentino. Soon after the opening of Café 7, his fraternity brother, Chris Kana, joined him as a partner. In 2010, they opened a second Café 7 in downtown Oklahoma City. In the years that followed, they opened Venue 7, Café 7 Catering, Roosevelt’s Gastropub and The Hamilton Supperette & Lounge. This past summer they opened Dado’s Pizza in Oklahoma City.

He lives in Edmond with his wife, Lauren, and their three daughters, Remy, Noelle and Charlotte.

Originally hailing from Wisconsin and growing up in Tulsa, Scovil attended OSU’s Spears School of Business for his bachelor’s in international business and marketing and his MBA. He also earned his Juris Doctor from the University of Tulsa John Rogers College of Law. During his master’s study, he was honored to be a Leslie Scholar/participant in the MBA Scholar’s program, as well as an active member in the MBA Student Association.

As co-founder and CEO of Medefy Health, one of America’s fastest growing health tech companies, Scovil is dedicated to helping everyday people navigate the complexities of American healthcare. His work at Medefy has helped garner the No. 1 spot on the Cowboy100 list of fastest growing OSU alumni companies, a Webby national award for best tech site, a featured speaker at the Spears Business CEO Day, and the recent honor of being named the 2022 Oklahoma Venture of the Year.

Scovil lives in south Tulsa with his wife, Betty.

Surine has spent the past 17 years at ISN, a global leader in contractor and supplier information management led by several OSU alums. She currently is a senior vice president at ISN, overseeing the company’s Client Services and Business Development operations in the U.S., Latin America, EMEA (Europe, Middle East and Africa) and APAC (Australia and Asia Pacific).

Surine moved to Stillwater when she was 11 years old and was immediately immersed into the Cowboy culture. Upon graduating from OSU in 2005 with a bachelor’s degree in business administration, she joined the ISN team in Dallas.

Over the past 17 years, Surine has held various business development, management and leadership roles within the organization. While the majority of her career was focused on leading sales and account management teams serving customers in the oil and gas, manufacturing and technology industries, she has also spent time overseeing other departments within ISN focused on customer relationship development, service and support.

She lives in Dallas with her husband, Kurt, a fellow OSU alum, with their three children.