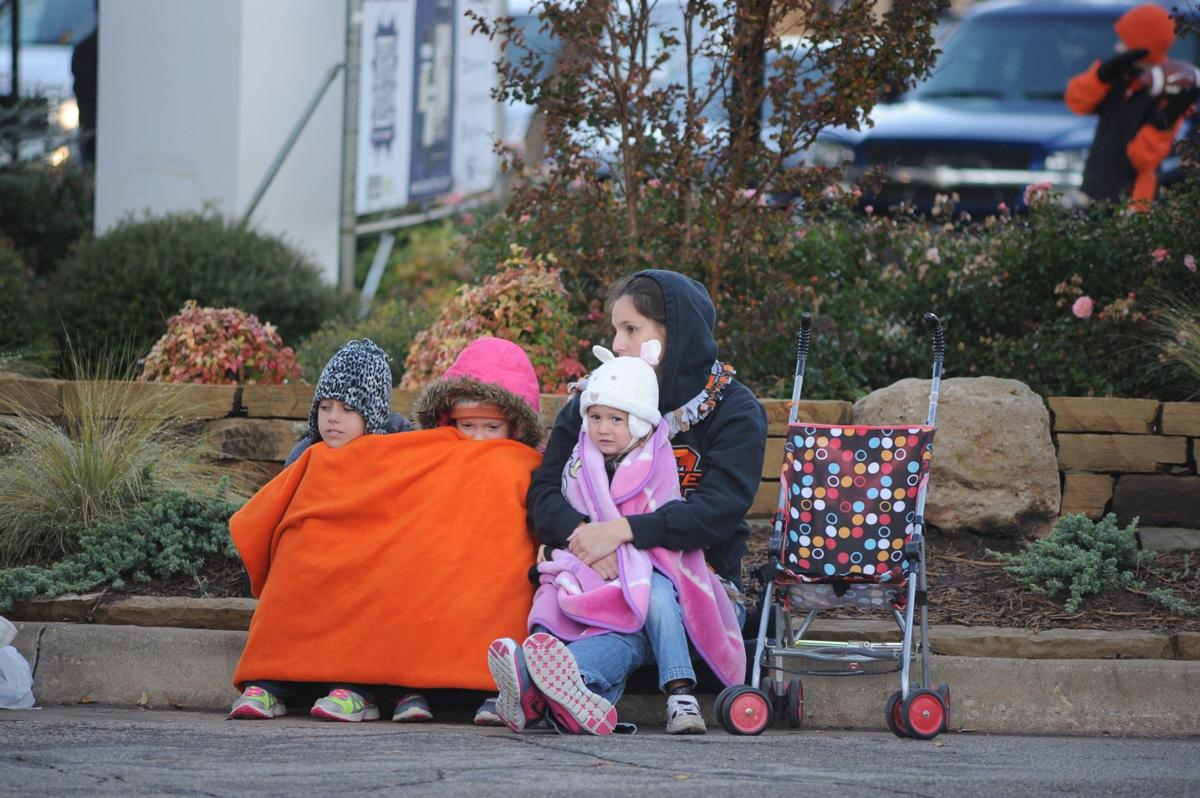 Crystal Marshall and children (from left to right) Mallory, 9, Kyndall, 7, and Camryn, 3, bundled up and get close before the Oklahoma State University Sea of Orange parade begins Saturday. 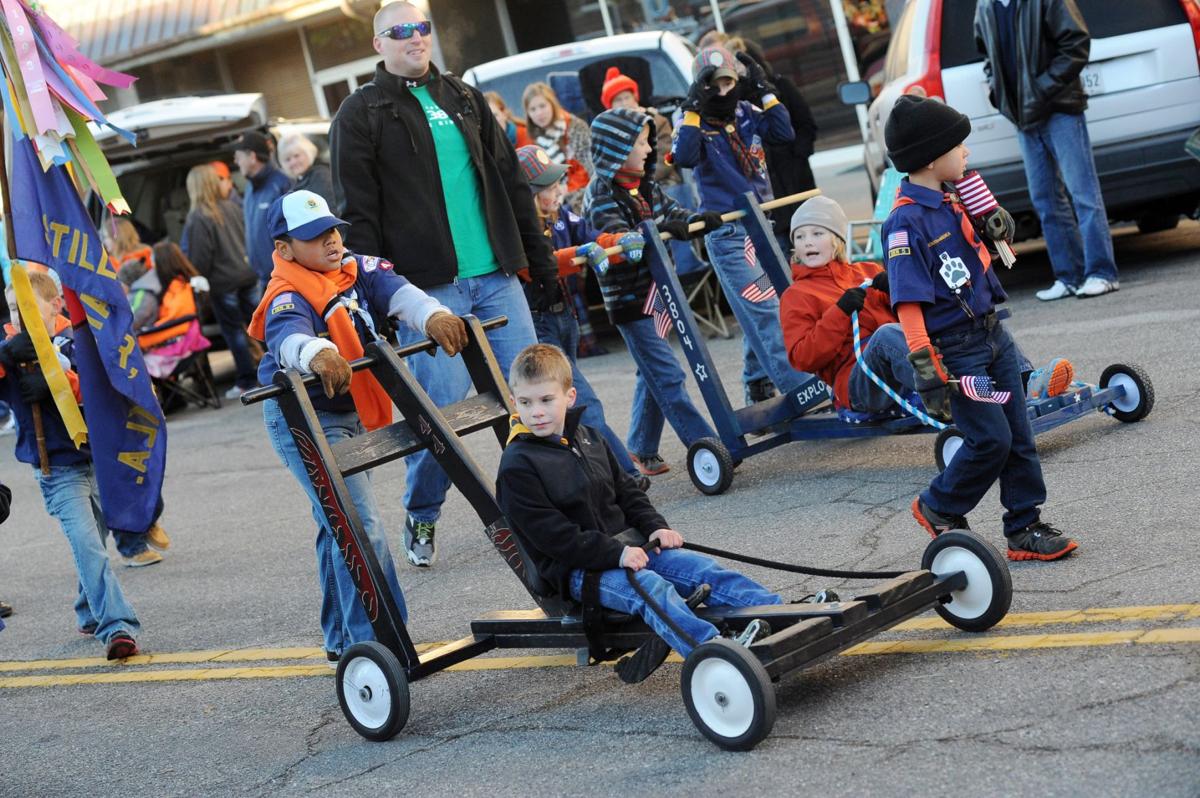 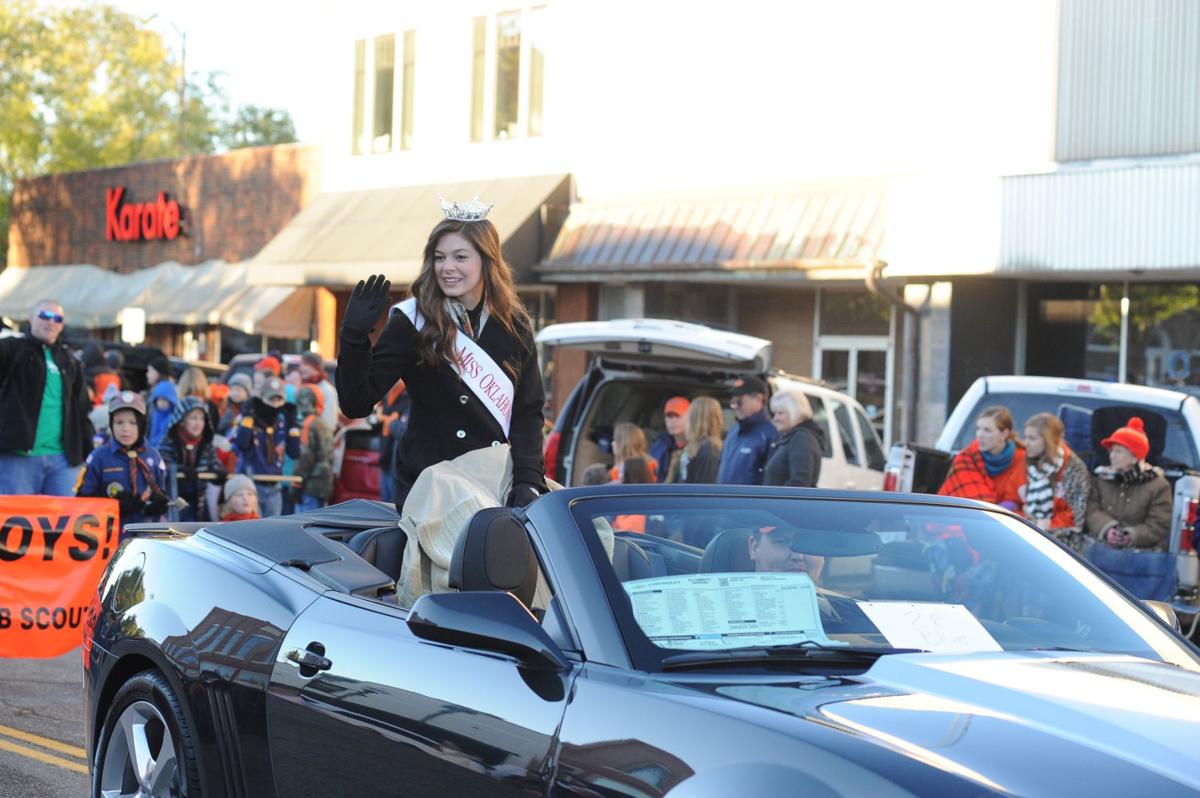 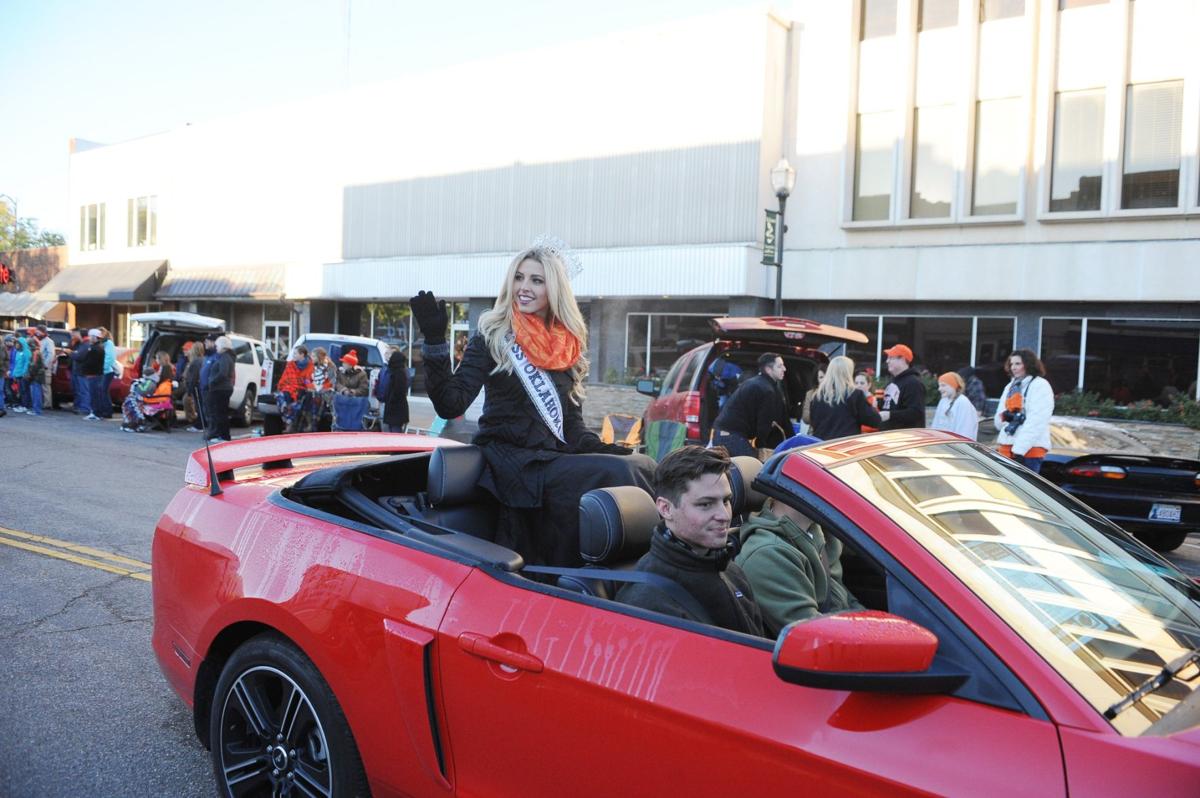 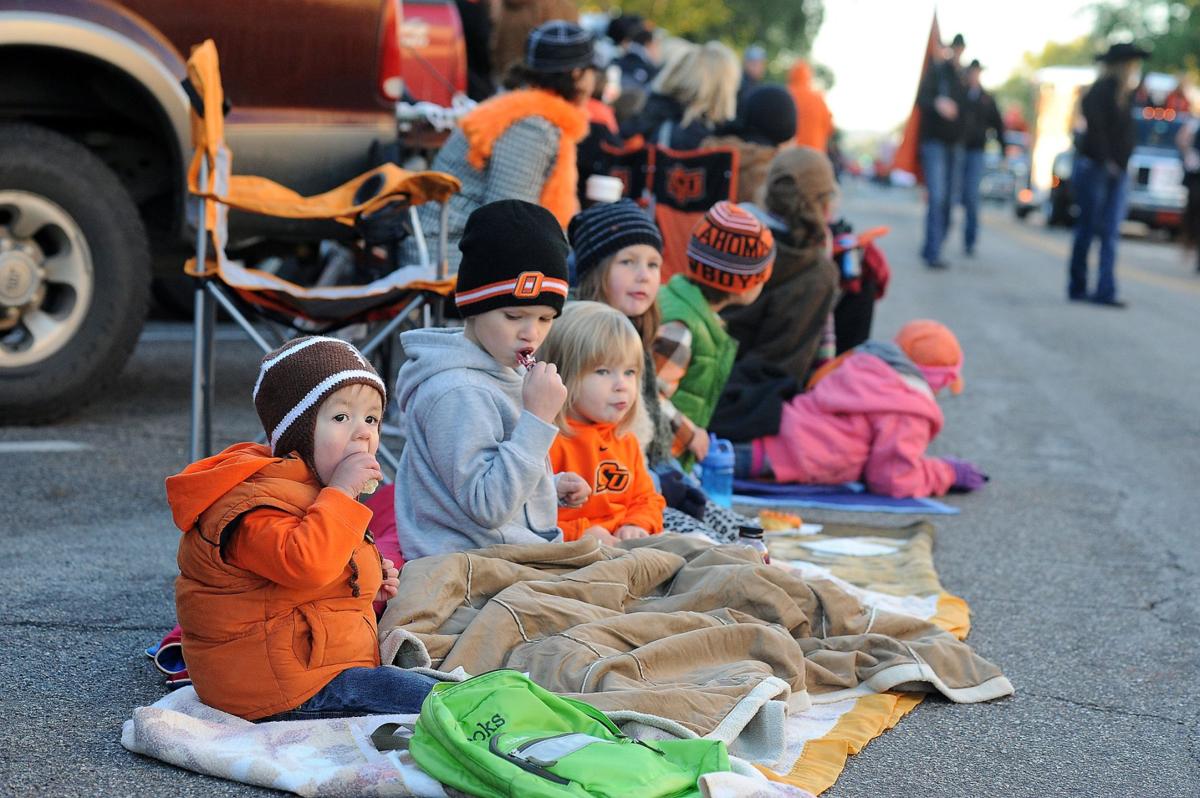 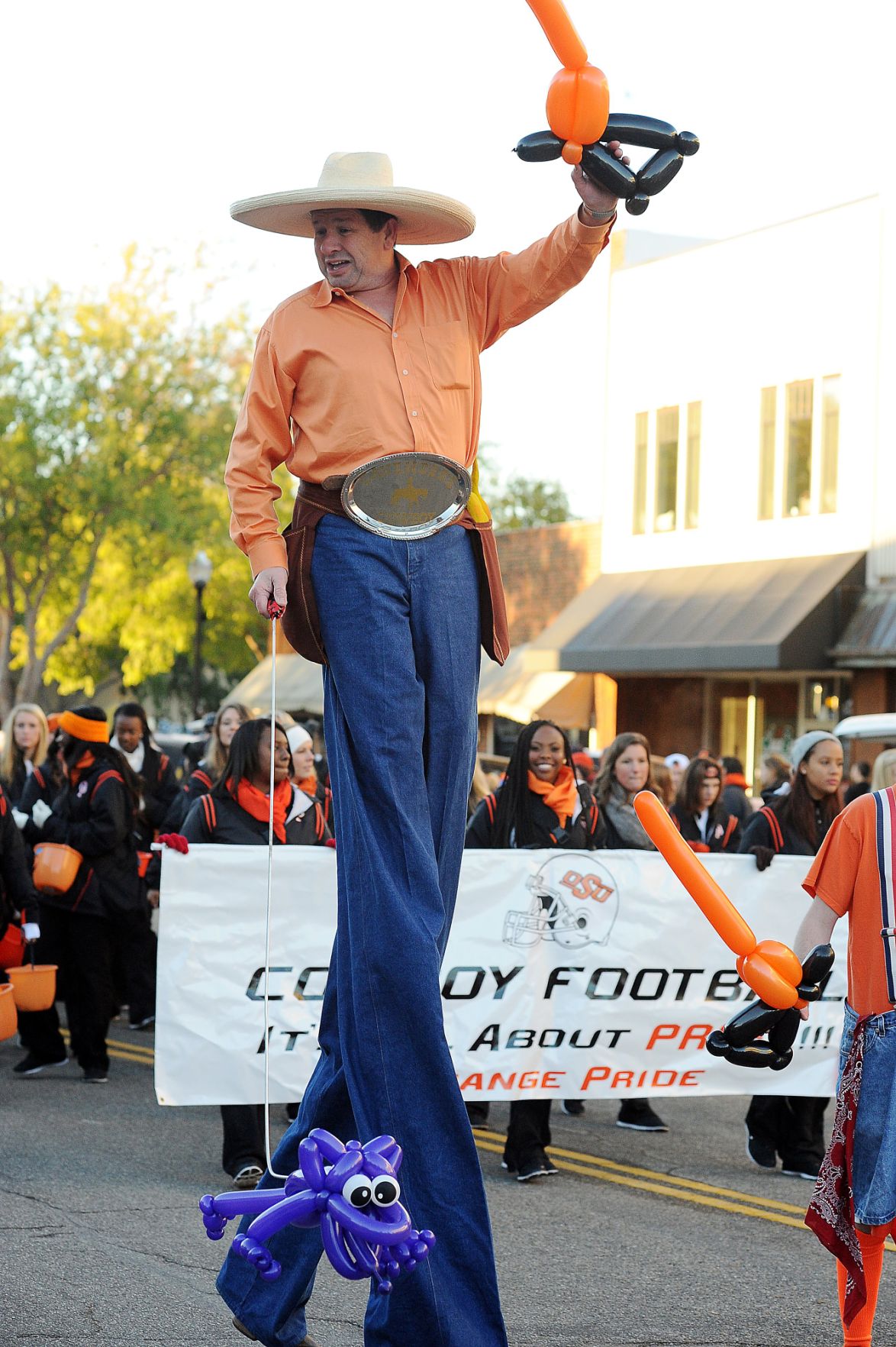 One parade entry, a man on stilts, got the best view as he walks his horned frog on a leash at Saturday's Sea of Orange parade. 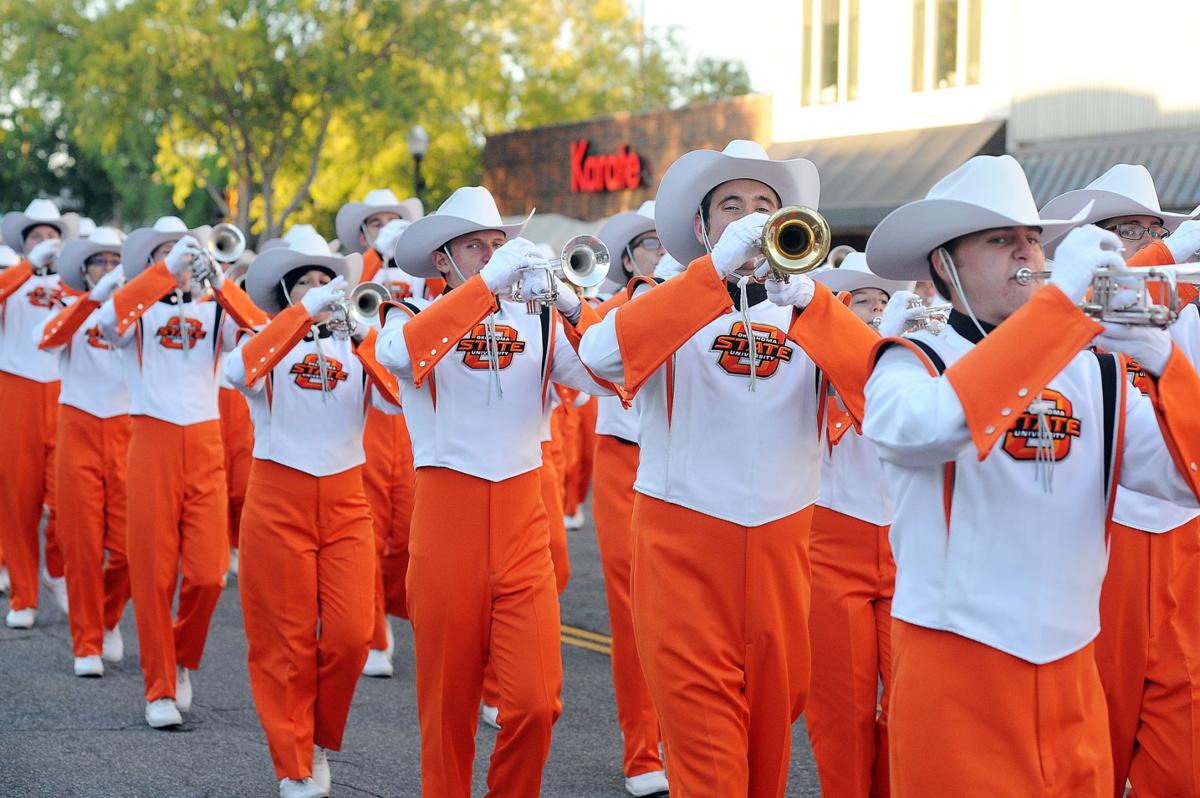 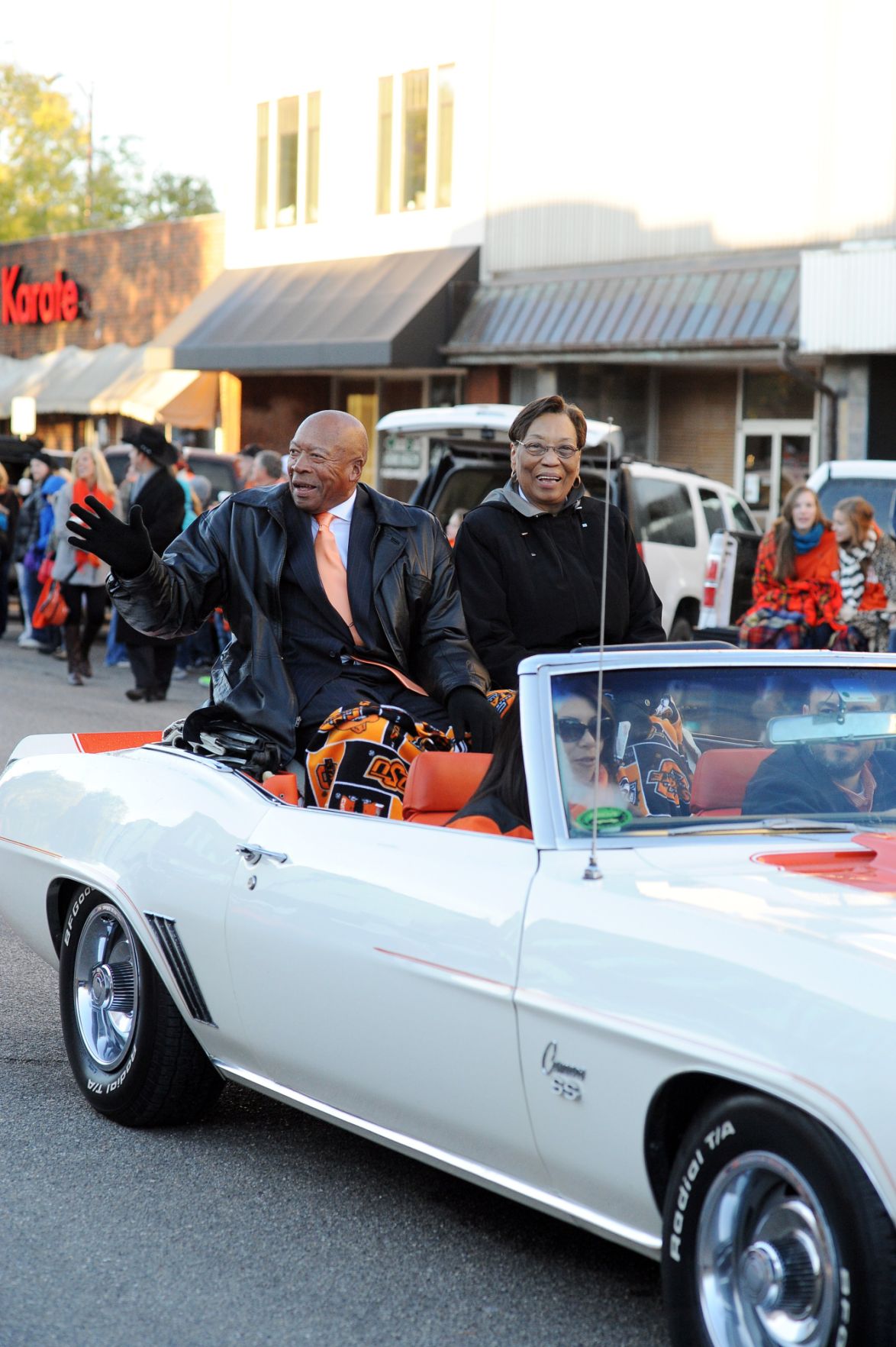 Crystal Marshall and children (from left to right) Mallory, 9, Kyndall, 7, and Camryn, 3, bundled up and get close before the Oklahoma State University Sea of Orange parade begins Saturday.

One parade entry, a man on stilts, got the best view as he walks his horned frog on a leash at Saturday's Sea of Orange parade.

George Schwenk set up in his usual spot across from a bank on Main Street. The Stillwater resident was dressed warmly and in Oklahoma State University school colors.

It’s a Schwenk family tradition that started a little more than 30 years ago. He brought his children. Now, his children and grandchildren attend.

What’s the best part of the parade?

“Watching my grandkids get excited about everything,” he said. “It’s Homecoming.”

Soon, the Oklahoma State University ROTC color guard marched the U.S. flag and state of Oklahoma flag down Main Street and the parade was under way.

Schwenk’s grandchildren, who love horses, got a chance to cheer extra loudly when Bullet and the OSU Spirit team road past.

“They (the grandchildren) are still small and love horses,” Schwenk said.

Pistol Pete, the cheerleaders and pom squad rode on a trailer to the cheers of the crowd.

A little farther down Main Street, Dinda Rachel of Ada and her family watched. The parade also has been a family tradition for more than 30 years.

“We started bringing the kids and now we bring the grandkids,” Rachel said.

“I love to see all the orange,” she said.

Rachel’s daughter, Brooke, is in the high school marching band at home, but wants to come to OSU upon graduation and march in the Sea of Orange Parade.

“My daughter has autism and loves parades. She loves the marching bands hands down,” the Stillwater resident said.

The family came prepared, too. It was in the low 30s when the parade started.

“We weren’t quite prepared for the weather. We brought hot cocoa though. At least it’s dry today,” she said.

For many OSU alums and fans, Homecoming started Friday with a cold and wet Walkaround, the annual event to view the student house decorations. Saturday’s Homecoming football game against Texas Christian University would be the highlight of the day.

“Yes, we are going to the football game,” Rachel said. “It’s Homecoming.”