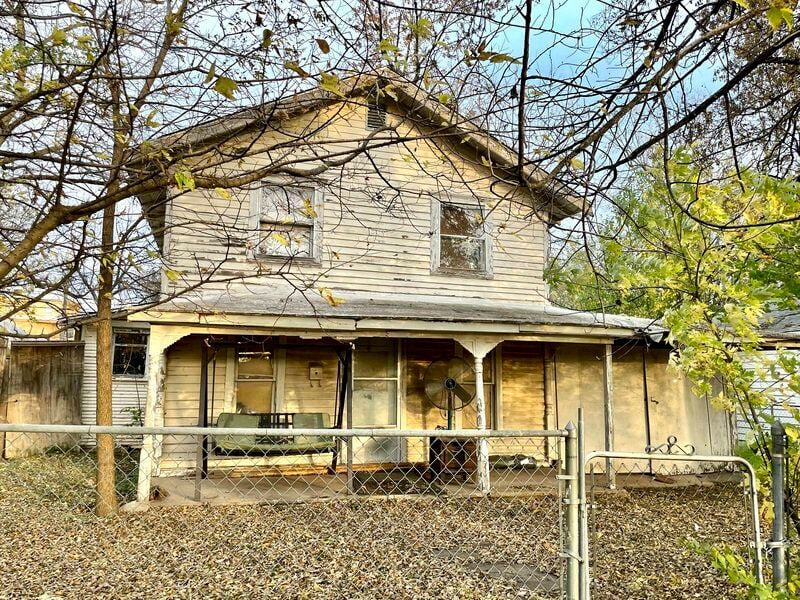 Two neighboring homes on S. Husband Street have been declared dilapidated by the Stillwater City Council after many years of code violations. The owner has 90 days to have them demolished or the City of Stillwater can have it done and bill him. Michelle Charles/Stillwater News Press 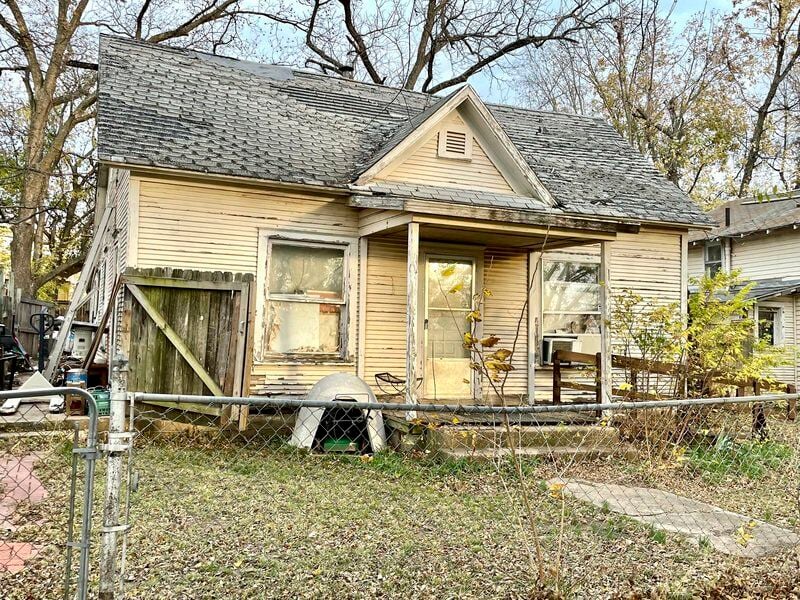 A house located at 1005 S. Husband St. and the house next door were condemned as dilapidated structures by the Stillwater City Council on Monday. Michelle Charles/Stillwater News Press

Two neighboring homes on S. Husband Street have been declared dilapidated by the Stillwater City Council after many years of code violations. The owner has 90 days to have them demolished or the City of Stillwater can have it done and bill him. Michelle Charles/Stillwater News Press

A house located at 1005 S. Husband St. and the house next door were condemned as dilapidated structures by the Stillwater City Council on Monday. Michelle Charles/Stillwater News Press

A long-running code enforcement saga is drawing to a close as the Stillwater City Council orders the demolition of two houses on South Husband Street.

The properties, located at 1005 and 1009 S. Husband, are both owned by Rex Hays, owner of an adjacent property at 1001 S. Husband that was previously condemned and demolished by the City.

Hays also owns a commercial building at 1010 S. Main St. that at one time housed a vacuum and sewing machine repair shop.

Before it was torn down, the structure at 1001 S. Husband had sustained severe fire damage that was not repaired over the course of several years. Hays petitioned for injunctions in Payne County District Court in 2018 and 2019 but they were ultimately dismissed.

The house was demolished by the City of Stillwater in March 2019.

All three of the houses owned by Hays have amassed a lengthy list of violations over time, according to the city’s code enforcement department.

The two remaining houses on Husband Street are in generally poor condition with issues that include structural deterioration, rotten material and holes in exterior walls, peeling paint, rotten and broken windows, infestation by rodents and other vermin, and roofs that have rotted to the point of collapse, among other problems.

Hays told the Council that remodeling has been done on the inside, although the exterior does not reflect it. He has not had enough money nor time to make repairs, he said, but recently secured the help of a carpenter.

Hays told the councilors it would be nice to have two more years to work on his properties.

Mayor Will Joyce asked Hays for documentation of work done and noted that the City has been talking with him about his properties for several years. Joyce asked what would happen differently if Hays were given more time.

The man Hays introduced as his carpenter said he has been helping Hays as much as he can over the past few months. They have begun working on the roof of a lean-to at the rear of one house on weekends and are clearing stuff out and hauling it away with his truck and trailer.

The roof they’re working on could be done in about 90 days but it would take a significant amount of work to bring both properties up to code, he said.

Joyce called the properties “a textbook definition of dilapidation” and said the community expects the code to be followed with all structures.

“These two structures clearly have some issues when it comes to the code,” he said.

Since 2018, the City of Stillwater has been making a concerted effort to address buildings that are abandoned and in disrepair, adopting an ordinance that allows properties that have been boarded up and under construction for more than 18 months to be declared dilapidated.

The Council has been ordering the abatement or demolition of those that can’t be or aren’t brought up to code within 90 days. After that time, the City can take the structures down and bill the owners, recording unpaid bills as liens on the property.

The City recently resolved its issues with Danny Amen, another property owner who had a more than 20-year history with code enforcement over the condition of two houses located at 502 and 506 S. Lowry, by allowing him to move both structures outside the city limits.