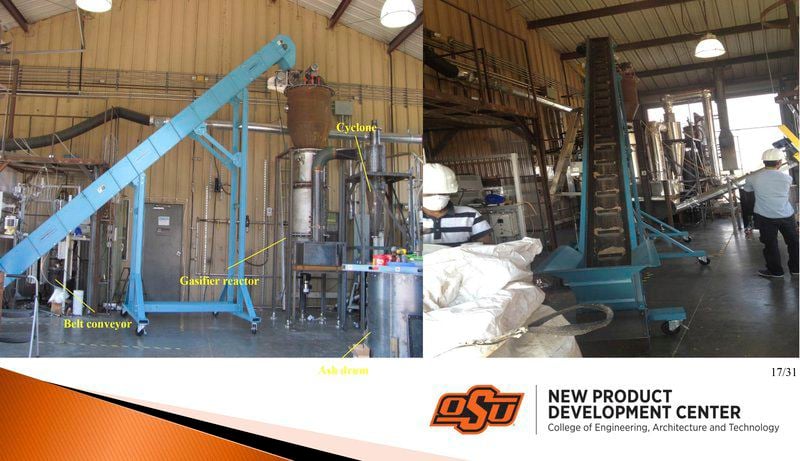 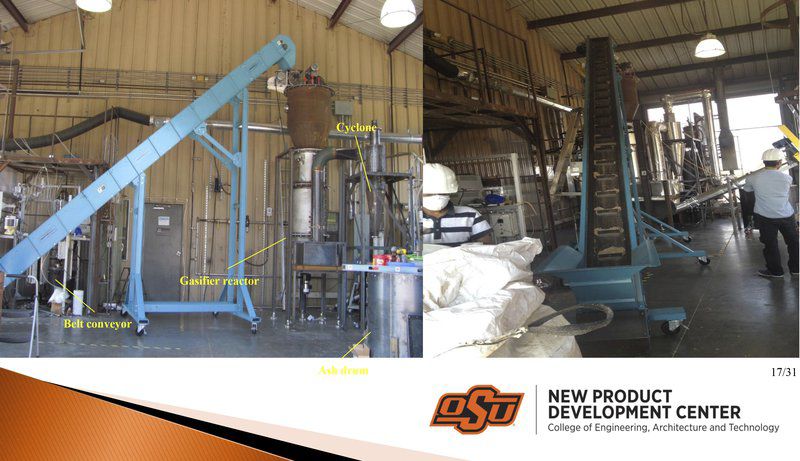 Stillwater, like many other communities, is struggling with what to do with its trash. But Oklahoma State University and the Stillwater Utilities Authority have agreed to partner on a project that could alleviate some of the headaches associated with municipal waste management.

OSUs New Product Development Center has already patented and built a laboratory prototype of a downdraft gasifier that burns dry materials to produce a synthetic gas that can fuel an internal combustion engine or generator.

The gasifier burns cardboard and paper as well as plant materials like sticks, leaves and grass, as long as they have been dried to the proper level.

NPDC Director Robert Taylor said the center wants to work with the City of Stillwater to create a production prototype that could burn up to 5,000 pounds of the city’s yard waste, cardboard or paper materials per day.

The gasifier would be built on city-owned land, probably on an acreage near the waste water treatment plant, and the gas produced could be used to power some equipment at the plant.

The system should create enough gas to produce 60 kilowatts of energy all the time, roughly the same output as a 100 kilowatt natural gas generator, Taylor said.

The process is clean because the gasifier controls the amount of oxygen present while the materials are being burned to eliminate things like nitrogen compounds, he told the SUA during its Feb. 10 meeting. An additional scrubber ensures the gasifier’s emissions meet California standards.

The solid byproduct is a type of charcoal equal to about 10% of the original material.

It is suitable for spreading on agricultural land and Taylor says it could potentially become a value-added product.

The gasifier could be scaled to take more material and adapted to burn at least a certain percentage of other types of waste.

The proposed system would require a dryer to get the yard waste from an average water content of 30-50% to the maximum 15% moisture required to burn it in the gasifier. It would also need a grinder to chop the material and a conveyor to feed the material from the grinder.

The project, estimated at $600,000 total, qualifies for $300,000 in 1:1 matching funds from the Oklahoma Center for the Advancement of Science and $100,000 in cash match from Cowboy Technologies, a corporation created to help commercialize university research.

The Stillwater City Council, acting as the SUA trustees, agreed to write a letter of support that offers up to $200,000 in cash or in-kind donations like equipment or the use of land for the project.

The gasifier would save the City of Stillwater tipping fees it currently pays for dumping up to 900 tons of yard waste per year in the landfill and would put power into the electrical grid.

Taylor calculates the system will have a 3-4 year payback. He asked the trustees to “recognize there’s a future for this.”

He believes the equipment being developed could eventually tackle the solid waste problem and his goal is to get it into production.

If an OCAST grant is awarded, the money will be available Aug. 1. Taylor says it will take it about 18 months to get the system online once that happens.

OUR VIEW: Knowledge is literally power

At Oklahoma State University, there is a large amount of research on a variety of different subjects going on all the time.