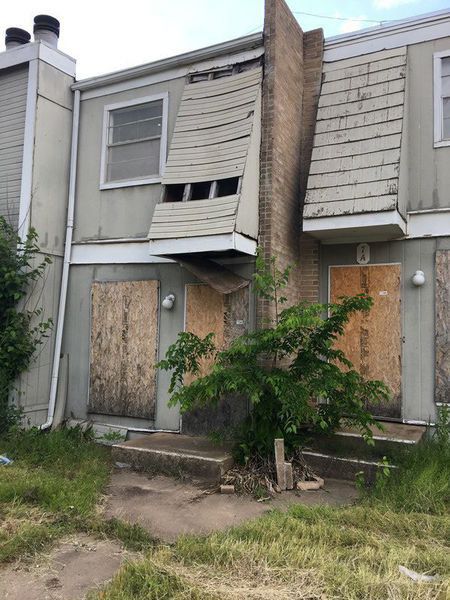 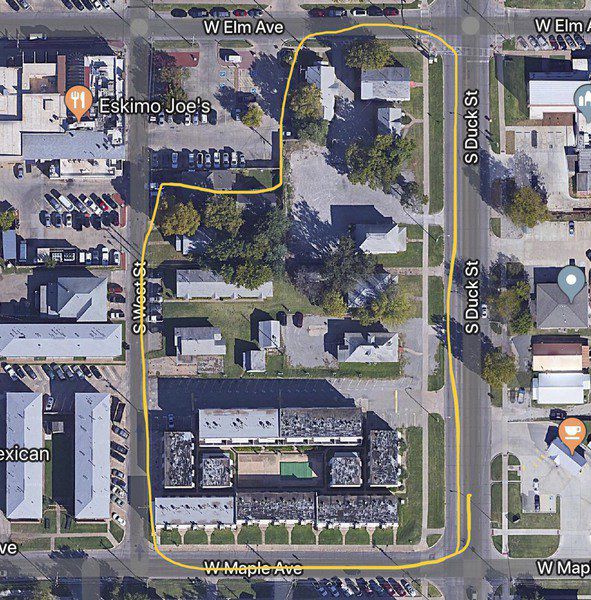 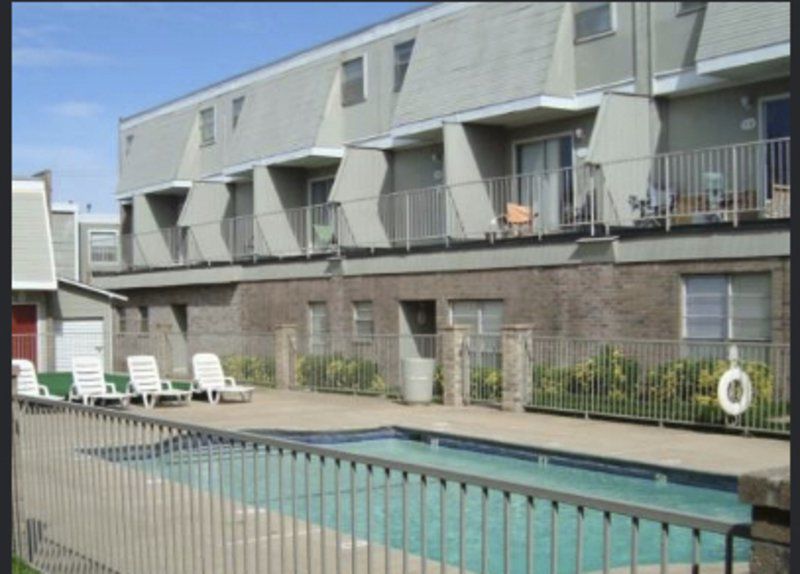 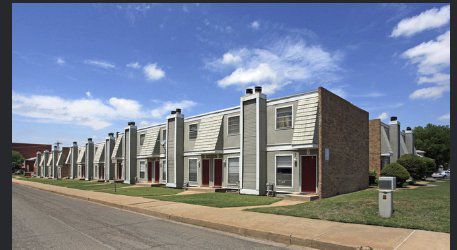 The clock is ticking for Barrett Investment Properties, LLC, the Georgia-based owner of a block of dilapidated apartments along Duck Street that the Stillwater City Council has ordered to be torn down.

The property consists of 17 buildings located on about 2.5 acres that are just east of Eskimo Joe’s along Duck and West streets and extending from Maple to Elm streets.

The buildings are vacant and boarded-up, and have not had utilities connected to them since 2016. A deal with a developer who initially announced plans to build a seven story, 704 bed apartment complex with a 15,000 square foot clubhouse fell apart last year.

On May 13, the Stillwater City Council gave Barrett Properties until Aug. 26 to demolish what Mayor Will Joyce called “the most complained-about property in Stillwater.”

During that same hearing, a Code Enforcement officer listed the property’s numerous code violations, which ranged from weeds that provide cover for rodents and snakes to unsecured buildings that invite squatters.

The Stillwater Fire Department responded to at least three fire calls there in July, including a large fire that occurred in the apartment building in the early morning hours of July 6.

SFD Battalion Chief Rhyner Arthur said the condemned site presents many hazards for firefighters, and after the first blaze each shift surveyed it and made a pre-plan in case another call came in for that property.

“We’re waiting with bated breath for it to come down,” he said.

Workers stripped appliances and other items out of the units in July and finished capping the sewer connections on July 29.

The City of Stillwater Development Services office says demolition permits were granted as soon as that was done.