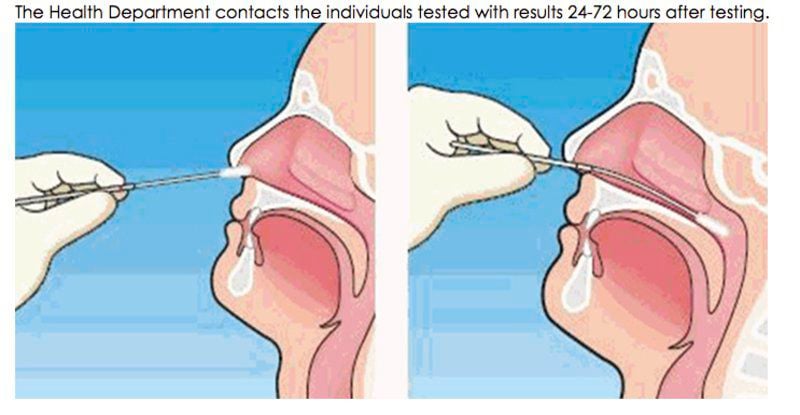 Testing for COVID-19 involves collecting a sample using an upper respiratory nasopharyngeal swab that is inserted into the nose and through the sinus cavity. It is similar to the test procedure for influenza. Provided 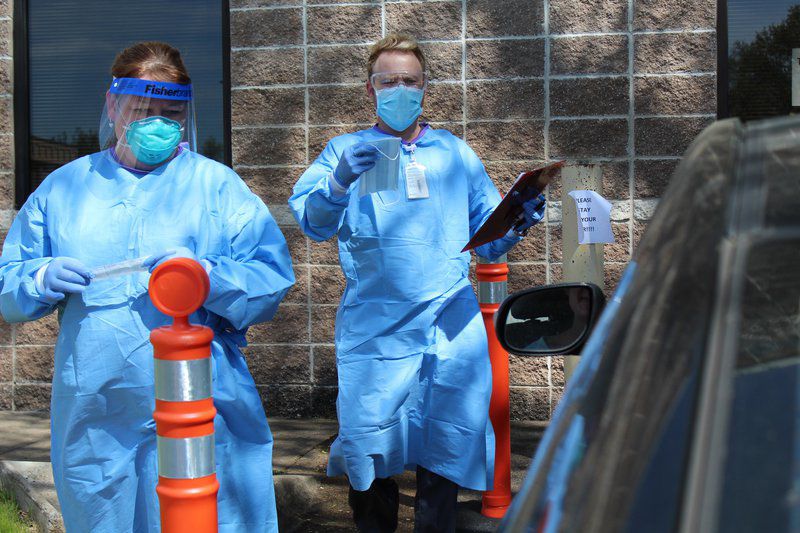 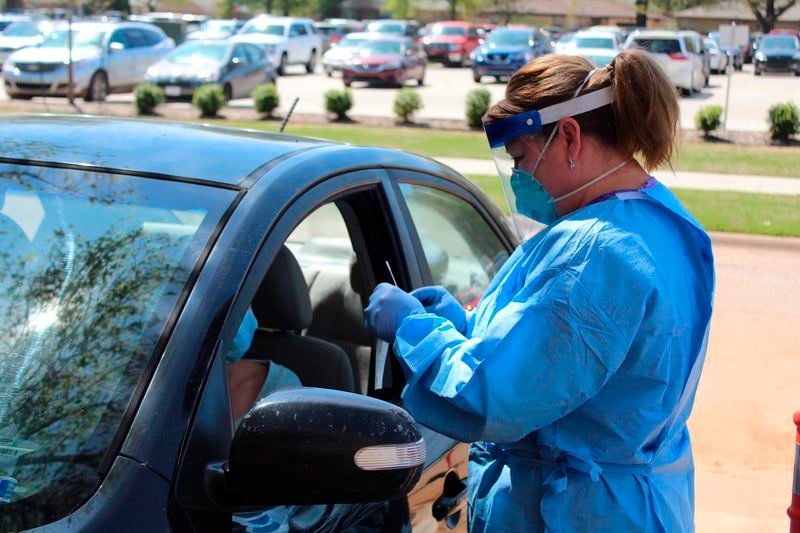 Ashley Cavett R.N. prepares to collect a sample from a patient during curbside COVID-19 testing at the Payne County Health Department on Tuesday. Testing will be held at the Cushing Health Department next Tuesday. Michelle Charles/Stillwater News Press

Testing for COVID-19 involves collecting a sample using an upper respiratory nasopharyngeal swab that is inserted into the nose and through the sinus cavity. It is similar to the test procedure for influenza. Provided

Ashley Cavett R.N. prepares to collect a sample from a patient during curbside COVID-19 testing at the Payne County Health Department on Tuesday. Testing will be held at the Cushing Health Department next Tuesday. Michelle Charles/Stillwater News Press

The Oklahoma State Department of Health is rolling out curbside testing at sites across the state over the next few weeks. Curbside testing began at the Payne County Health Department, 1321 W. 7th Ave., on Monday.

The Stillwater site will be testing people who are 18 and older and who are experiencing a fever of 100.4 or higher, have a cough and/or are experiencing shortness or breath by appointment 8:15 a.m. to 4 p.m. through Friday.

People experiencing COVID-19 symptoms should call the Health Department at 405-372-8200 to see if they qualify for testing and reserve an appointment.

The testing is free and does not require insurance or a physician’s order. But if someone already has a primary care provider, they are encouraged to seek testing through their doctor.

COVID-19 symptoms can vary and not everyone presents with exactly the same ones, health department staff said Tuesday.

Registered nurses Matthew Adams and Ashley Cavett are collecting samples for the tests at the Payne County site. They said they have talked to people who had a fever for just a few days, some never had difficulty breathing but reported a feeling of “heaviness” in the chest. Other said they had a headache or a feeling of “heaviness” in their head and a few reported losing their sense of taste.

People who have questions about whether they qualify for testing should call the Payne County Health Department to explain their symptoms, risk and exposure.

The test takes less than 15 minutes and you don’t even need to get out of your car.

It’s done by collecting a sample using an upper respiratory nasopharyngeal swap, which looks like an extra-long cotton swab.

It’s inserted through the nose and through the sinus cavity to the back of the throat, Regional Director Kelli Rader said. After it’s inserted, the swab is rotated twice then removed. It’s similar to the test for influenza, meaning it’s not fun but not terrible.

“It will make your eyes water,” she said.

Samples collected at the Payne County Health Department are going to Oklahoma State University for testing and results come back within 24 -72 hours.

People are only notified if their result is positive, Adams said. If someone doesn’t get a result, they can call the local health department to make sure their test was negative.

Jennifer Sisk-Miley was one of the patients who came to the health department Tuesday hoping for a negative test result.

She said she works in an essential job and has been off work after developing a cough and a feeling of heaviness in her chest. But her job isn’t the only place she’s needed. She’s also the mother of two children she can’t hug until she gets the all clear.

“I’m an essential worker and I need to get my test results so I can go back to being essential,” Sisk-Miley said.

Rader said couldn’t release testing numbers specific to the Stillwater site but issued a statement saying 125 tests were completed across her seven-county district on Monday. Rader is the director in charge of Creek, Lincoln, Kay, Noble, Osage, Pawnee and Payne counties.

She said testing is being offered in all the county health departments in her district and daily testing will continue as long as supplies are available.

In addition to testing in Stillwater all week, the Payne County Health Department will be offering testing in Cushing on Tuesday.

The same qualifications and procedures apply.

After months of pleading with the public to wear face coverings when they go out, the Stillwater City Council is considering a new city ordina…