The city of Stillwater had quality time with its residents Thursday night discussing a plan to improve the quality of life.

The city of Stillwater is trying to improve the city for its residents, and the election in November gives the residents a chance to improve their quality of life.

On Nov. 12, three propositions will be on the ballot. The city is trying to inform its residents about the propositions, and how the city plans to fund them.

One proposition will add a sports facility and make improvements at Boomer Lake Park. This package will costs $20 million, and if the residents approve the proposition, the city will issue a general obligation bond to fund this package.

The second proposition is for an improvement to public safety. If it’s approved, the costs for this package will be $7.5 million, and it will also be funded through a general obligation bond.

The City Council and Stillwater officials want to make the capital improvement plan more transparent, which is why the city held a public forum.

The Thursday night forum was an opportunity for the city to answer residents questions. City Manager Dan Galloway said in a press release before the event, that the forum was to present residents with the facts, and inform the citizens on the propositions so they can decide how they want to vote.

Once the event started, there was no holding back, Mayor John Bartley said.  Approximately 30 people came to ask questions from different Stillwater public officials questions.

Bartley said the forum did better than what he anticipated.

“I think it went great,” Bartley said. “It accomplished its goals and there were so many great conversations.”

Bartley said people would walk in and have questions about one of the three packages, but then he said he would look up and the vistor would be at another table asking about a different package. He said most of the visitors not only went to each table and but also many different officials asking questions about each package.

If people have more questions, even for the people who came Thursday, Bartley said they will be given more opportunities to talk about the propositions.

This forum is one of two the city has scheduled to discuss the capital improvements. Bartley said this event scratched the surface for the next public forum.

“It’s really setting up wonderfully for the next one in October,” Bartley said. “The next one we are really going to focus on the tax question.”

Bartley said most residents have tax questions. People want to know how much it is going to cost them, and it’s important for people to see how their tax rates compare to other surrounding communities.

The tax question is the the question Bartley said he is most excited to answer. He also is excited about the October public forum.

“I am so ready to answer that question (tax question), Bartley said. “I want to tell people how we compare to other communities. We are ready to take the next step and it is so crucial and important to everyone to be well informed.” 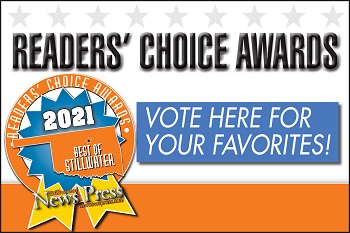