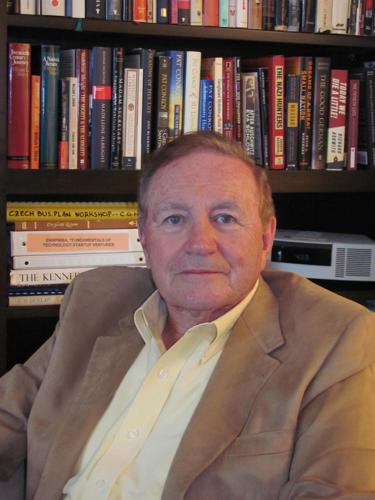 OSU Alumnus and memoirist Charles O. Heller has published his third book in a series of immigrant memoirs. “Cowboy from Prague: An Immigrant’s Pursuit of the American Dream” is available at all major online stores and at atmospherepress.com. 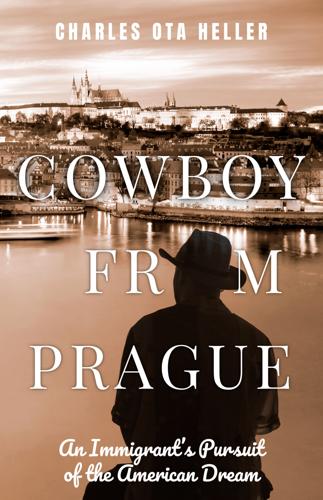 OSU Alumnus and author Charles O. Heller published a new book in his series of immigrant memoirs. “Cowboy from Prague: An Immigrant’s Pursuit of the American Dream” is available at all major retailers and at atmospherepress.com.

OSU Alumnus and memoirist Charles O. Heller has published his third book in a series of immigrant memoirs. “Cowboy from Prague: An Immigrant’s Pursuit of the American Dream” is available at all major online stores and at atmospherepress.com.

OSU Alumnus and author Charles O. Heller published a new book in his series of immigrant memoirs. “Cowboy from Prague: An Immigrant’s Pursuit of the American Dream” is available at all major retailers and at atmospherepress.com.

Charles Ota Heller came to the United States when he was 13 years old, the son of Czechoslovakian immigrant parents. Their family had escaped the Nazi regime which claimed the lives of 25 family members, only to find themselves fleeing Czechoslovakia’s communist regime not long after.

With three suitcases that held all of their personal belongings, they boarded a ship bound for the New York harbor. Onboard the ship, Charles’s father told him to become “100% American,” and to learn to speak English without a trace of an accent.

“Cowboy from Prague: An Immigrant’s Pursuit of the American Dream” relates the story of how Charles (“Charlie”) Heller did just that. It’s the third in a memoir trilogy about his life.

Heller attended Oklahoma State University, earning a Bachelors and Masters in engineering. He also earned his PhD at The Catholic University of America.

In 1969, he helped found the software company CADCOM, Inc., a pioneer CAD/CAM software company, where he was CEO and President. In 1983, he led a management buy-out of a segment of ManTech’s business, which became InterCAD Corporation, a leading producer of electronic publishing systems software.

In 1990, he became Director of the Dingman Center for Entrepreneurship at the Smith School of Business at the University of Maryland, where he proceeded to build one of the nation’s top-ranked university entrepreneurship centers. From 2000 to 2003, Charlie was General Partner of Gabriel Venture Partners, an early-stage, bi-coastal, venture capital fund with $260M under management.

He has received numerous awards for his entrepreneurial work, including the Lohmann Medal, the highest honor awarded to engineering alumni of Oklahoma State University. In 2015, he was inducted into the Oklahoma State University engineering Hall of Fame. He serves on the boards of Walden University and the National Czech & Slovak Museum & Library. He is a dual citizen of the U.S. and the Czech Republic, his native country, and is fluent in Czech.

Recently, he spoke with the News Press about his new memoir.

Tell us about your memoir and what prompted you to write it?

I had already written two other memoirs: award-winning “Prague: My Long Journey Home” (2011) and “Ready, Fire, Aim! An Immigrant’s Tales of Entrepreneurial Terror” (2017). When I started going to book tours, people were curious. When I would talk to readers about my other books, they had a lot of questions about what being an immigrant was like. My editor suggested that I write a third book and make it an “Immigrant’s Trilogy.”

In addition, the presidential election in 2016 and the surrounding anti-immigrant rhetoric with the building of the wall between US and Mexico spurred me on to write my story. Most people don’t realize how immigrants have contributed to a lot of what this country is today.

You’ve written three other memoirs prior to this. What is different about this memoir?

This book is about how one can overcome a lot of difficulties. I would say it’s the “proverbial success story,” not just in business or in academia, but in family and having a lot of good friends and being a good citizen.

My father gave me orders when we came to the United States to learn English without an accent. He gave me one year. In his words, he wanted me to be “100% American,” so no one would recognize the fact that I was an immigrant. Back in those days, when an immigrant father said you would do something, you saluted him and did it.

A subplot of my book is an emphasis on when I first came to college at OSU. I came to OSU to play basketball, but I was a student-athlete, not just there to play sports. One of the stories I wanted to tell is that I was the only guy (on the team) majoring in engineering. I was the only guy who studied on road trips.

Today, people who play sports spend so much time practicing. When I hear of a football player or basketball player who also has a 3.5 GPA, that is amazing. (Being an athlete and a student) is just so incredibly time consuming. Just to find time to study is an achievement.

What do you want readers to understand about your story?

I was brought up Catholic, as my father was Jewish and my mother was Catholic. I was a devout little Catholic kid. Then the Nazis passed the Nuremberg Laws, which stated that anyone with three Jewish grandparents were defined as a Jew by the Germans. I was essentially scheduled to go to a concentration camp, so my family hid me away. We lost 25 members of our family to the Holocaust – my mother and my father and myself were the only survivors. My father escaped and fought with the British army, and my mother was in a slave labor camp for Christian wives of Jewish men.

My family and I survived and began a new life in America. This is the story of how my parents accomplished that and how I grew to be successful. I wrote it to tell my story, to pass on my experiences. Today people don’t realize what immigrants go through. Not everything has been handed to us.

Can you tell us what more about your writing experiences and your process?

Writing has always been my hobby. When we came to the United States, I knew two English words: “Thank you.” I fell in love with the English language. In college, I took all free electives in English.

Professor Cecil Williams who taught me at OSU really impressed me and mentored me. We had a magazine called the Oklahoma State Engineer (now called Impact) which I wrote articles for. I became the story editor, eventually becoming editor. We were named the No. 1 college magazine in the United States while I was the editor.

I’ve written a column for local newspapers for many years. In the summer, I write about sailing, and in the winter I write about skiing. I also wrote an entrepreneurship column in the Washington Business Journal. I’d write about how I worked 60-80 hours a week at startup companies. I’d write my column on Sunday evening, the only time I could find to write.

For my first book, I was writing 8-10 hours a day. I was totally absorbed in it. It brought up a lot of memories, some of which were traumatic. My wife Sue would get so frustrated with me (at the time). I’d wake up in the middle of the night, have a pad by my bed stand, and write it down.

Since that time, I haven’t been as disciplined as I was then. Now I write pretty much when I’m in the mood. But I’ve been in a writer’s workshop and critique group for a while, and that forces me to write because I know I’m going to be critiqued. I’ve taken writing courses for years to keep me fresh.

Where can readers find your book?

They can find it at all the major online sellers, including amazon.com and barnesandnoble.com. You can also purchase the book at my publishers website at atmospherepress.com. You can find out more about me or my other books at charlesoheller.com.