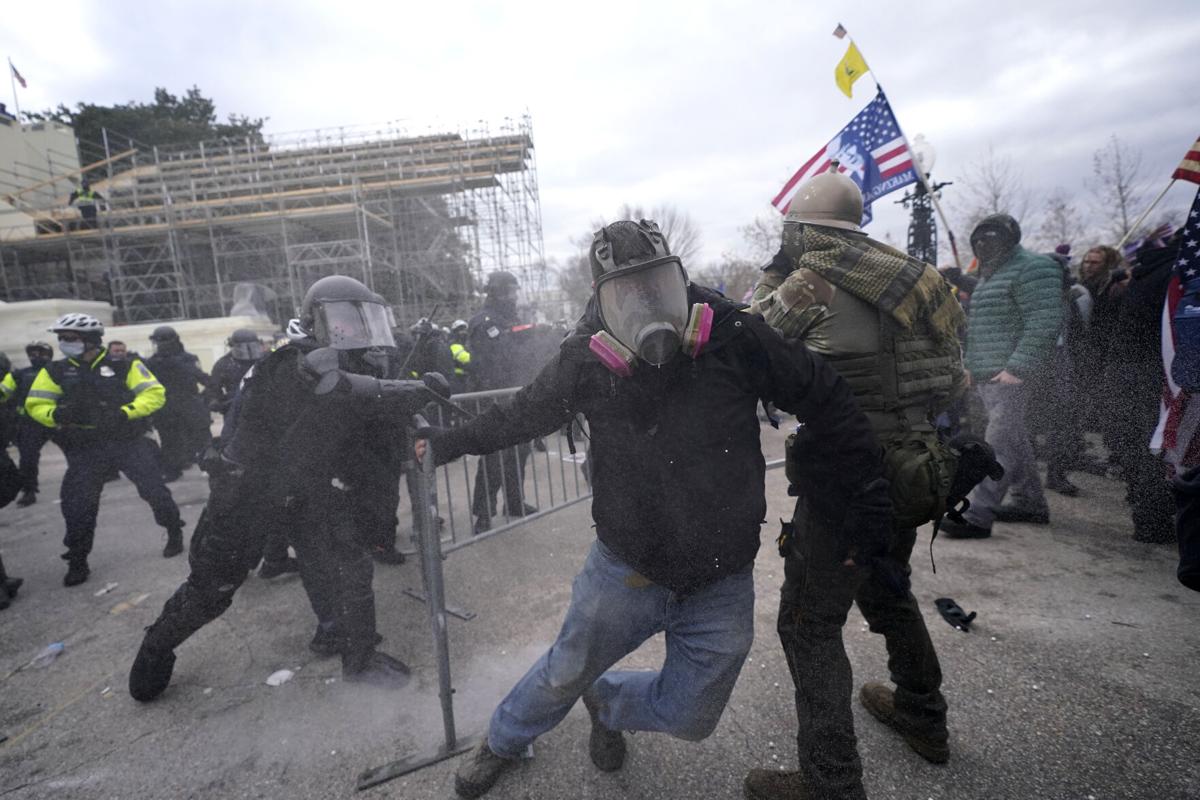 Trump supporters try to break through a police barrier, Wednesday, Jan. 6, 2021, at the Capitol in Washington. As Congress prepares to affirm President-elect Joe Biden's victory, thousands of people have gathered to show their support for President Donald Trump and his claims of election fraud. (AP Photo/Julio Cortez) 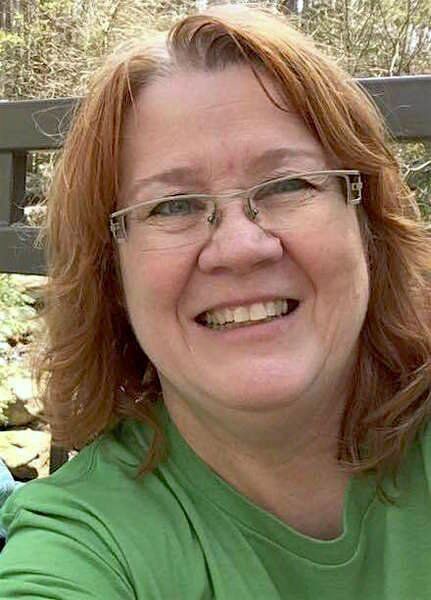 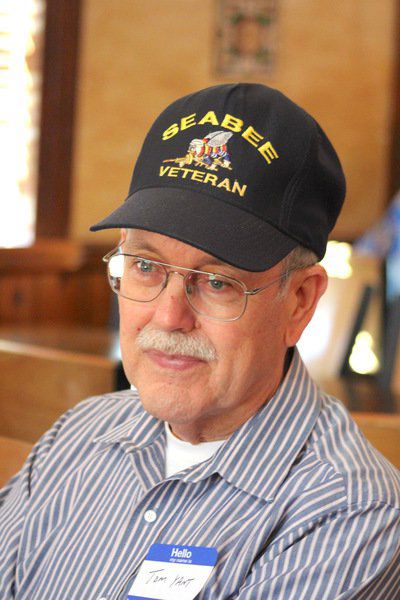 The News Press reached out to area residents we have spoken with over the past few years for our Pulse of the Voters series to get their reactions to seeing a mob break into the U.S. Capitol on Wednesday to disrupt the certification of electors making Joe Biden the 46th President of the United States. We also asked what they thought about President Donald Trump’s role before and after.

As of Friday, five deaths were associated with the riot, including a woman described as a passionate Trump supporter and follower of the QAnon conspiracy theories who was shot by Capitol Police and a Capitol Police officer who died after being injured while engaging with rioters.

On Friday the President was permanently blocked by Twitter, his primary method of communicating with his supporters, based on concerns that his tweets could incite more violence.

Local opinions about the riot that spilled into the halls of Congress this week and why it happened are varied, but – no surprise – they tend to break down according to party lines.

Thumper Rodriguez is a lifelong Republican from a family of Republicans who says he joined the Young Conservatives when he was 16.

Rodriguez said he doesn’t condone the mob’s actions at the Capitol but he understands why people are angry enough to take extreme action.

“I do think that a lot of the mainstream media is dismissing it,” he said. “They were so adamant and passionate about the protests of the summer, they’re not really equating it. They’re just thinking it’s a bunch of convoluted, disillusioned Trump supporters. … It’s not fair for the BLM movement, for us or anyone to say all the rioting had to do with the entire movement, just like what happened yesterday had nothing to do with Trump supporters or President Trump.

“You always have a small faction of people that are a little more extreme than they need to be. I think when mainstream media systematically dismisses a lot of the charges or complaints, I think that feeds fuel into people not trusting this election. I think there is a legitimacy to questioning the outcome of the election.

"I am not a Trump supporter that feels it was stolen or any of that stuff but … one stolen vote is enough for there to be some sort of grand jury or a probe like Bob Mueller did … I think that should be something that’s done. I don’t think that challenging or questioning the election somehow or another like Mitch McConnell said yesterday, attacks democracy. I think in order to have a completely transparent election, we need the answers to some of these things.”

Rodriguez attributes the most extreme actions to fringe groups whose conduct Trump can’t be held responsible for.

“I think the reason why these fringe groups did what they did is because they felt, they’re disenfranchised Americans,” he said. “They’re being told it doesn’t matter or more likely, they’re like me, being tired, they’re sick and tired of being told because you voted for someone you are some derogatory pejorative.

"Those people are patriots and the idea on the other side that a lot of the Democrats and the mainstream media keep saying that somehow what they did was illegal, our entire constitution is a bill of rights that gives us rights from the government. It protects us from the government … So even storming the Capitol building, which again, I want to say that was wrong, but it’s in our nature to do that. So to say that somehow that’s un-American or undemocratic, is the furthest from the truth when our country was based on insurrection that involved a tyrannical government.”

Rodriguez takes issue with the use of the terms “insurrection” and “coup d’etat” in relation to the events this week.

He also doesn’t view the breach of the Capitol building as a desecration of a sacred place because he feels the people elected to Congress across the board have already desecrated it by selling out to special interests.

Heidi Hoart is a Trump supporter who said she’s disappointed in the electoral process and glad people are protesting.

“If the election was fair, a recount would have shown that it was,” she said. “No recount certifies that it probably was not fair … What I did see was that 100,000 protesters were peaceful. A few were not. From what I read in the paper today, the media didn’t report it that way. I am disappointed in the reporting.”

Erin Adams is a Libertarian who takes issue with both the Democratic and Republican establishments, which she characterizes as “powerful politicians and their cronies.”

She says the protest by Trump supporters and the Black Lives Matter movement have root causes that are more similar than either group probably cares to admit.

She thinks the protests are happening because people are frustrated and fearful. They get out of hand because of misplaced rage at a system she says was not built for the average person but relies on them to run.

“People who are happy and comfortable do not riot,” Adams said.

She does believe the President’s rhetoric inflamed the situation but says it was “stereotypical Trump.”

She thinks impeachment at this point accomplishes little but turning Trump into a martyr and she worries that the actions of a few will be used as an excuse to exercise more authoritarian control over the people.

As she contemplates our nation’s way forward, Adams has a message for her fellow citizens.

“It’s sad,” she said. “I felt horribly sad about all of it … We’re going to have to pay for this guys … Please, please, please, don’t hate your neighbor. Work with them to fix it.”

Some people believe Trump is very much to blame for creating a climate that led people to question the integrity of our national election and for urging people to apply pressure to their elected officials for his own political benefit.

Tom Yant is a U.S. Navy veteran and member of the Veterans of Foreign Wars who has never been a fan of Trump.

“In my opinion, President Trump has demonstrated a mental unbalance during his entire presidency,” Yant wrote. “He has demanded complete loyalty from everyone around him and demanded to be liked. Good managers don't want to be surrounded by 'Yes' men. They want people who can help them see pros and cons. Anyone not agreeing with Trump was alienated.

“Ironically, he was stunned when he found that those alienated didn't vote for him and he panicked, making unfounded accusations and becoming totally irrational. He encouraged civil disobedience at the Capitol and those radicals loyal to him delivered. Now, apparently from pressure close around him, he is conceding the election and speaking more conciliatory. I'm afraid it is now too little, too late. He has now fully demonstrated how unfit he is to be Commander in Chief and in possession of the nuclear launch codes.”

Diane Tipling agrees that Trump should be held liable for the events at the Capitol and says his cabinet should invoke the 25th Amendment.

Tipling wasn’t surprised at what happened this week but said she was “incensed, angry and frustrated.” The President has a way of deciding he wants something and repeating the lie until people begin to accept it as the truth, even if that involves declaring an election fraudulent before it has even happened.

Tipling said a statement Rep. Conor Lamb (R-PA) made when the House returned to its debate late Wednesday after hiding from rioters sums up how she feels.