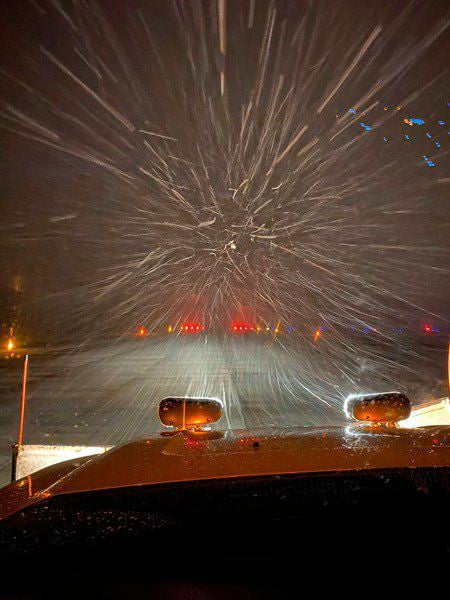 Photo by Gina Cosden Snow was falling quickly at Stillwater Regional Airport by 5 a.m. and workers focused on staying ahead of it to prevent accumulations of ice or snow on the runway. 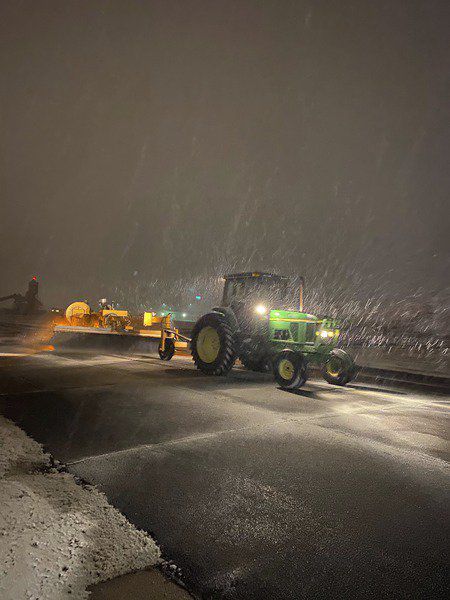 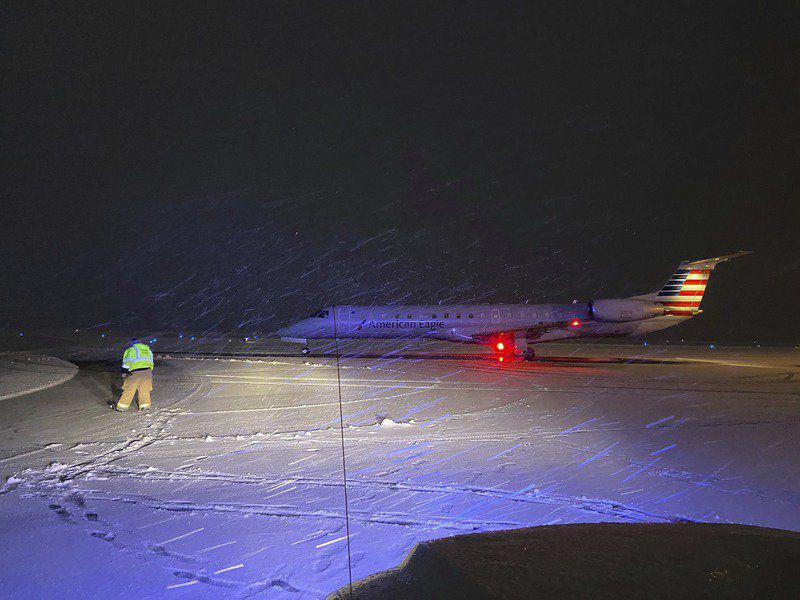 Photo by Gina Cosden Snow was falling quickly at Stillwater Regional Airport by 5 a.m. and workers focused on staying ahead of it to prevent accumulations of ice or snow on the runway.

As Oklahoma braced itself for snow and schools announced closures, crews from the City of Stillwater, Payne County and Stillwater Regional Airport were gearing up to help people get where they needed to go, as safely as possible.

The staff at Stillwater Regional Airport either started working late at night or early in the morning, depending on your perspective. Either way, they were focused on keeping Wednesday’s flights on schedule.

Airport Director Paul Priegel said his staff started checking the runway at 2 a.m. and began applying de-icer as a pre-treatment around 4 a.m.

Heavy snow was falling by 5 a.m., and the airport crew started brooming and plowing the runway to stay ahead of accumulations, looping through in continuous passes to keep the ground as clear as possible as the snow continued to fall.

“It was a big team effort. It took 6-7 straight hours of brooming to get on top of it,” he said. “Once you start, you can’t stop.”

The early morning flight left on schedule and by 11 a.m. all critical areas had been cleared. The mid-day American Airlines flight and a charter flight for the Oklahoma State University women’s basketball team took off without incident and the runway was already in good shape for the evening flight, Priegel said Wednesday afternoon.

“I’d put our SWO team up against anyone!” he said in a Facebook post. “Long (early) morning fueled only by coffee and determination!”

This was only the   second time the airport has had to deploy its de-icing equipment this season, but it has saved flights both times, Priegel said.

The City of Stillwater had workers out assessing conditions and pre-treating trouble spots on city streets at 4 a.m. The Oklahoma Department of Transportation was also out clearing snow on U.S. 177 and State Highway 51.

City Manager Norman McNickle said the ground temperature was still high enough from unseasonably warm temperatures over the weekend to prevent much accumulation on roadways.

County roads had some snow accumulation but the commissioners with road districts took different approaches.

District 1 Commissioner Zach Cavett, who is responsible for roads and bridges in the eastern half of the county, said he didn’t plow roads because he didn’t want to create black ice. He thinks packed snow is a safer driving surface.

Between the ground temperature and traffic, most paved surfaces cleared off during the day.

District 3 Commissioner Rocky Blasier, who is responsible for roads and bridges in the western half of the county, said roads in his district had a lot of snow on them. His crews bladed asphalt roads, followed by a truck spreading sand.

Roadways are fairly clear McNickle and the commissioners still urged people to remain cautious and be aware of icy patches, especially on overpasses and bridges.

Ronald Glee Hanes, 85, of Stillwater passed peacefully from this life on February 9th 2020. A memorial service will be held in his honor at a later date in Stillwater, Oklahoma.