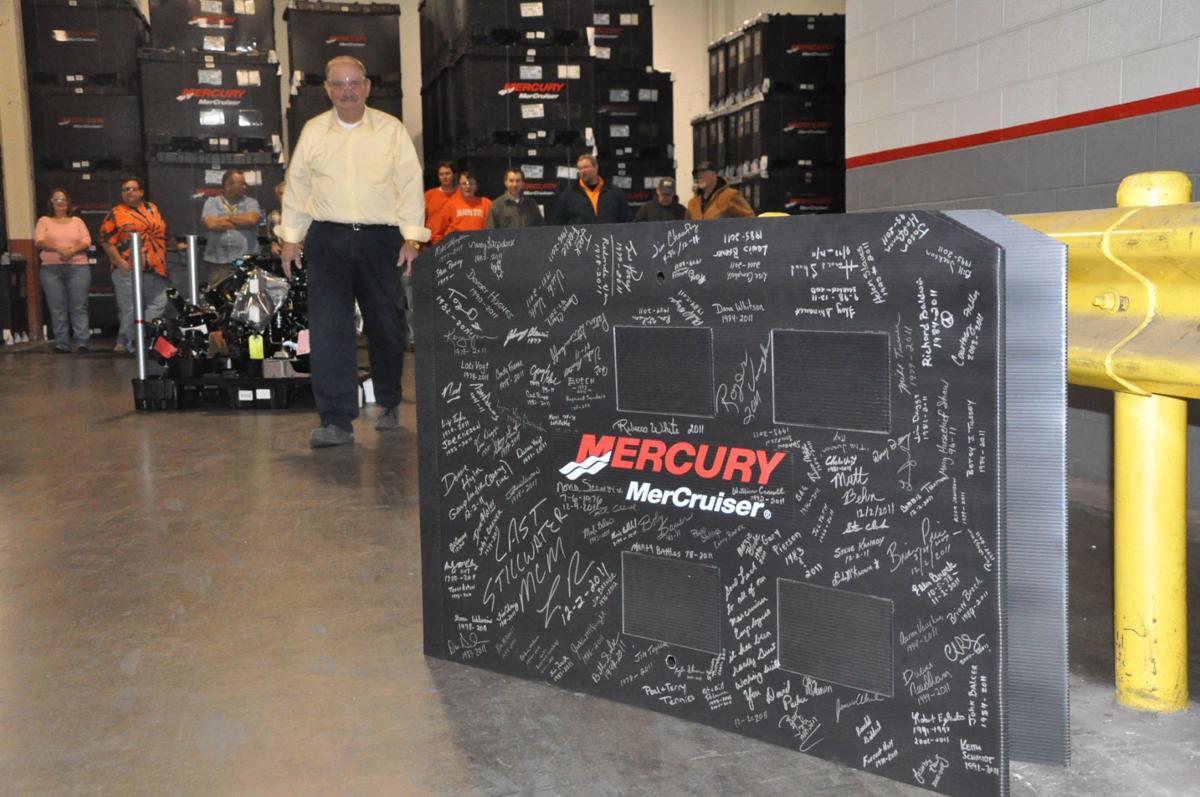 MerCruiser workers signed the box in which the final engine will be shipped out of the Stillwater plant during the last day of production on Friday. Lawrence Robinson, plant director of operations, will retire at the end of the year. 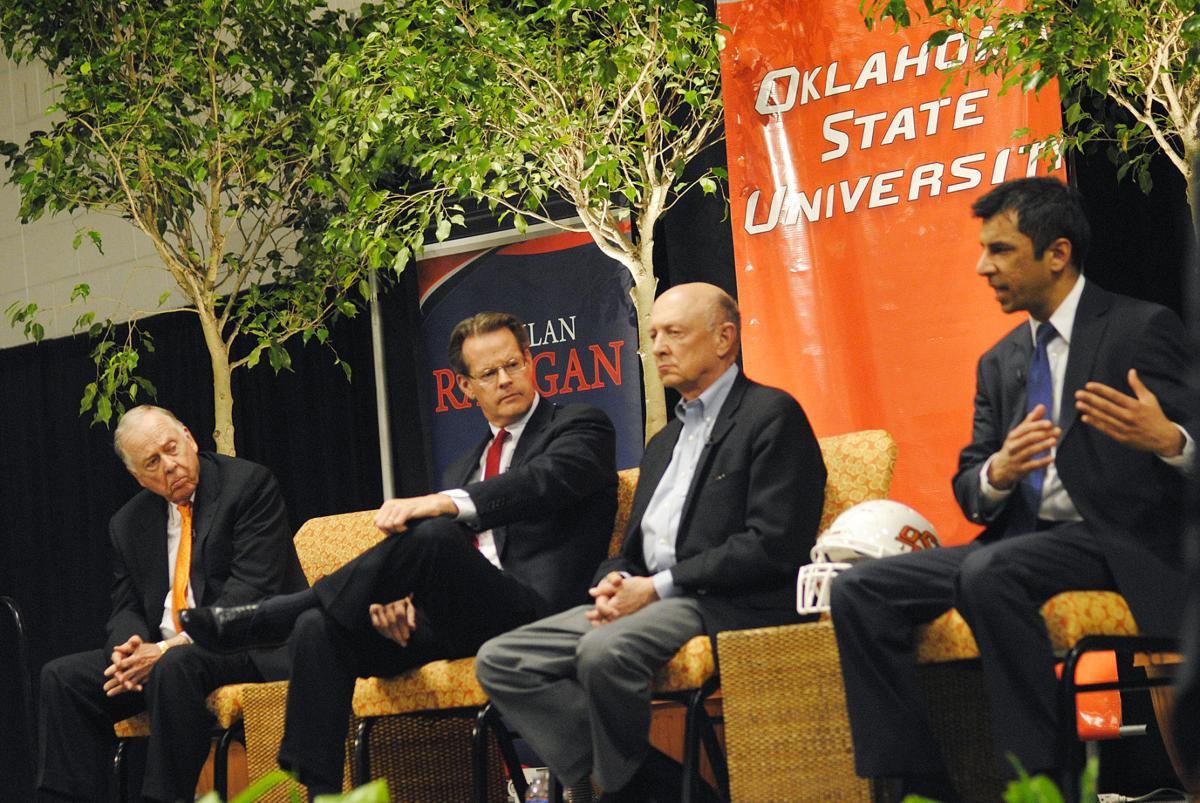 MerCruiser workers signed the box in which the final engine will be shipped out of the Stillwater plant during the last day of production on Friday. Lawrence Robinson, plant director of operations, will retire at the end of the year.

It was a busy year in the Stillwater business community, which was forced to overcome factory closings and a record drought. There was, however, some positive news that included projects expected to take shape throughout 2012.

The top five 2011 business stories were:

1) Factory closings. MerCruiser and Quad/Graphics each finalized plans to close down Stillwater plants.

Parent company Mercury Marine announced back in September 2009 that the boat engine parts manufacturer would end production by the end of 2011 — a plan executed as promised. The remaining 200 MerCruiser employees watched on Dec. 2 as the final engine shipped out of the Stillwater plant.

Quad/Graphics announced in October that it will close its Stillwater plant by May, effectively terminating 240 employees. Operations at the printing facility began decreasing in December and will gradually continue to do so until Quad/Graphics ceases production in May.

2) Record drought. Payne County and the surrounding area was declared a primary disaster area during one of the worst droughts in state history.

By late July, the Stillwater area received less than half its normal rainfall amounts for the year. While the precipitation picked up slightly in the months to follow, the damage from months of dry, hot weather was too much for many local farmers and ranchers to overcome.

The lack of consistent rainfall caused an increase in hay prices, depleted water supplies and ruined crops. In September, the Oklahoma State University division of Agricultural Sciences and Natural Resources estimated the drought caused more than $1.6 billion in losses for the state’s agriculture industry.

Construction finished on the 98-year-old former Katz Department Store building on the corner of Main Street and Seventh Avenue in Stillwater, allowing developers to separate the building for multiple uses. The building includes a new dining option called Brookyln’s. In addition, a Sharpe’s Department Store opened next door, while engineers from MerCruiser arranged to have office space on the building’s second floor.

More recently, renovations began on the former Rivals Sports Bar and Grill on the corner of Husband Street and Seventh Avenue. The project will include five apartment units upstairs and a fine dining restaurant and bar downstairs, according to Cory Williams, one of the building’s developers. The project is slated to be finished in fall 2012.

4) Retail development. Many upcoming projects branch beyond downtown, including a new TJMaxx, Jo-Ann Fabrics, Ulta Cosmetics and — perhaps most notably — an Olive Garden.

Bradford Plaza on North Main Street will get a facelift in 2012 that includes adding three new tenants to help replace the vacant Goody’s and CiCi’s Pizza. Clothing outlet TJMaxx, craft store Jo-Ann Fabrics and Ulta Cosmetics are all slated to open by spring 2012, while Old Navy and Party Galaxy will relocate within the plaza.

Olive Garden broke ground in November on a new restaurant outside Lakeview Pointe Plaza on North Perkins Road. The restaurant is expected to open in early spring 2012.

Each project benefited from incentives provided by the City of Stillwater.

The panel debate included oil-tycoon-turned-alternative-energy-advocate and OSU alum T. Boone Pickens, who suggested to Ratigan that Stillwater host the program. Pickens stressed the need for the country to implement a plan to turn away from foreign oil resources. He was joined by former CIA Director James Woolsey, Bob Deans of the Natural Resources Defense Council and Ashwin Madia of VoteVets.org.

Charles Swart Jr, 81, died October 22, 2020. His funeral service will begin at 2:00 p.m. Friday, October 30, 2020 at the Strode Funeral Home Chapel with livestreaming available on his personal page by visiting www.strodefh.com.

Rickey L. Barefoot, 62, passed away on October 15, 2020 in Stillwater, Oklahoma. There are no services at this time. Strode Funeral Home and Cremation is in charge of arrangements.