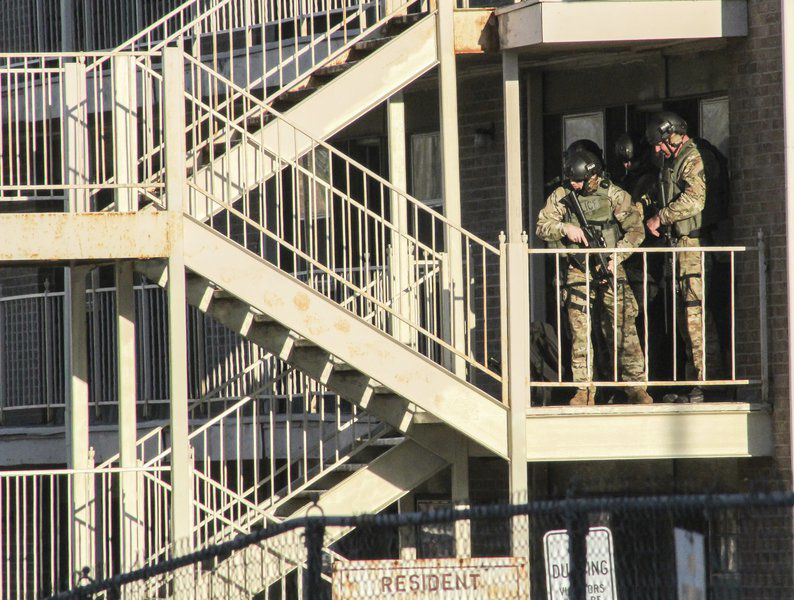 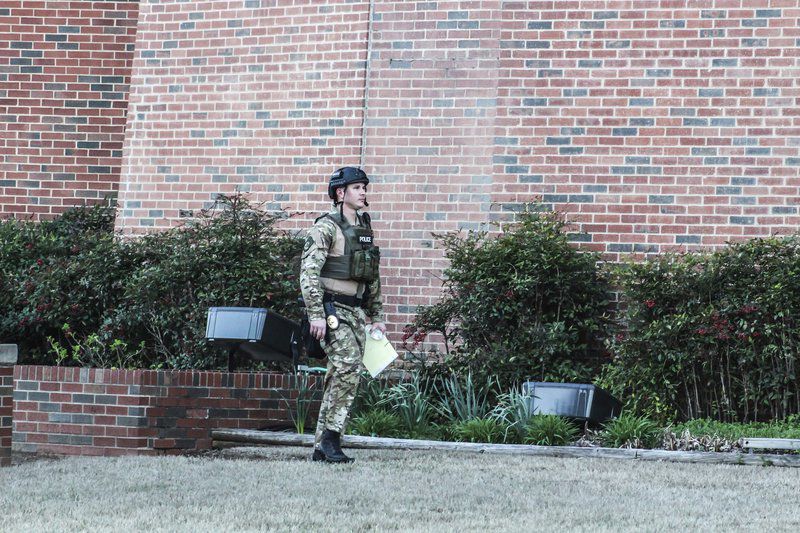 Ashlynd Huffman/ Stillwater News Press SOT Cody Manuel assists on the scene of a man with a gun by Mapping the area, keeping track of personnel, and documenting actions taken and their times. 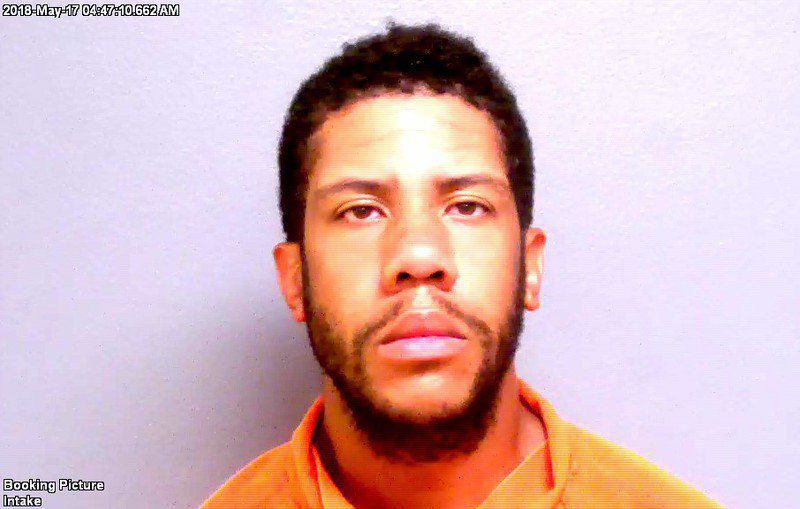 Ashlynd Huffman/ Stillwater News Press SOT Cody Manuel assists on the scene of a man with a gun by Mapping the area, keeping track of personnel, and documenting actions taken and their times.

People gathered around their houses as officers worked a potentially dangerous situation across the street.

Aaron Murray, 21, of Checotah lived across the street from where officers attempted to de-escalate a man with a gun.

“It’s kind of scary, honestly. On top of the coronavirus, you have people doing dangerous things,” Murray said.

At 5:15 p.m. March 24, Stillwater officers were dispatched to the Casa Mia apartments.

The reporting party called 911 in regards to a male yelling on the third floor balcony. Witnesses on scene told officers the suspect had a rifle.

The suspect was identified as 32 year-old Joseph Pradia, of Stillwater.

“Officers did observe the subject holding a rifle and a gallon jug of wine,” Capt. Kyle Gibbs said in a press release.

Pradia refused to lay the rifle on the ground and cooperate. Pradia went back into his apartment and barricaded himself inside.

According to the press release, the Multi-Jurisdictional Special Operations Team and Crisis Negotiations Team were activated to assist.

Two sisters also watched everything happen from their house across the street. Morgan Humble said she received a call from OSU about the incident.

“This is definitely something I have never seen before,” Morgan said.

Hailey Humble was more concerned about what Pradia looked like, so she could recognize him if she saw him.

“I wanna see what the dude looks like, a lot of people around here walk,” Hailey said.

According to the press release, negotiators tried for several hours to talk with Pradia without success.

At 9:35 p.m., Pradia stepped out of his apartment onto the landing. He was then subdued by officers and taken into custody.

Pradia was transported by LifeNet EMS to Stillwater Medical Center for assessment, before being taken to the Payne county Jail for booking.

Pradia was charged with the misdemeanor crimes of Carrying a firearm while under an intoxicating substance and resisting arrest.

Bond was set in the amount of $7,500 and the court continues this matter until April 1.

SPD was assisted by SOT, OSU PD, CNT, and LifeNet.

The case is being forwarded the District Attorney for review.