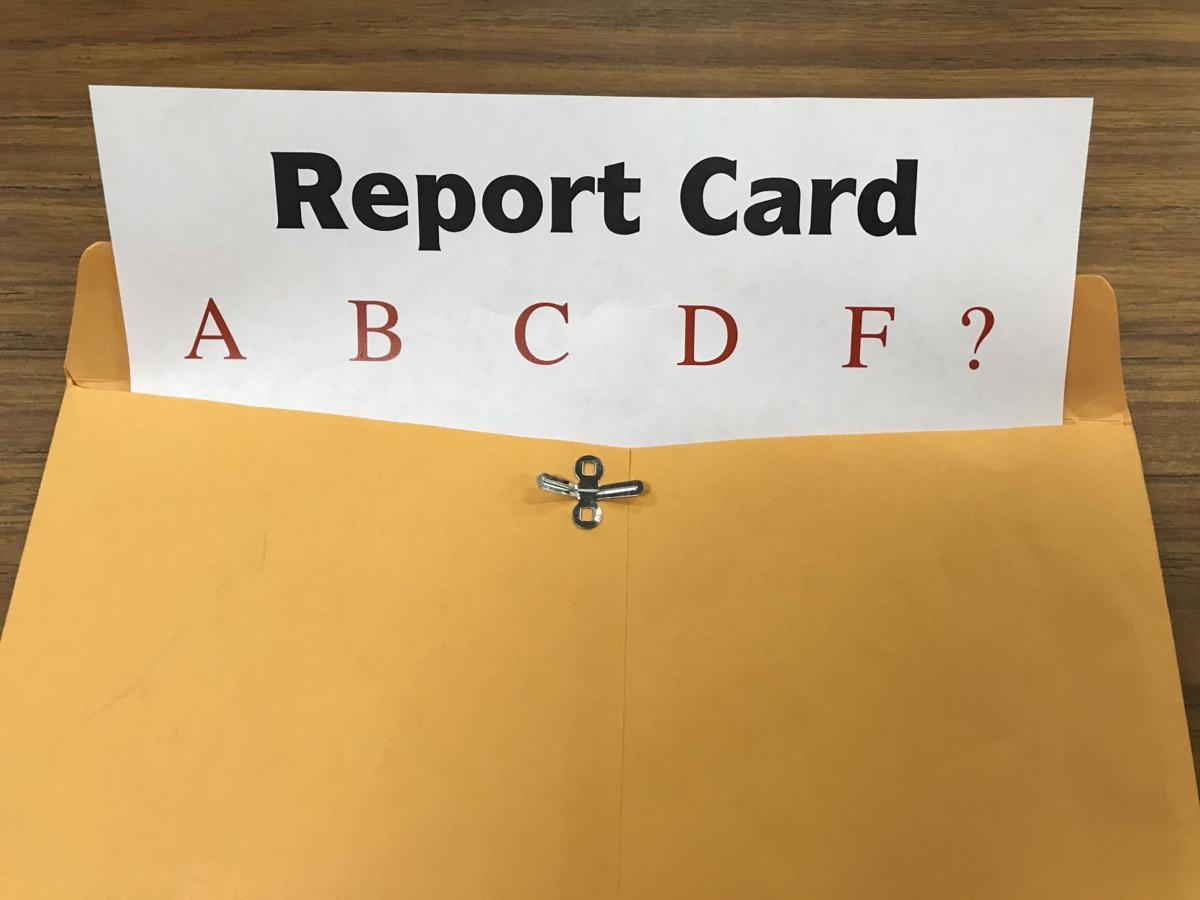 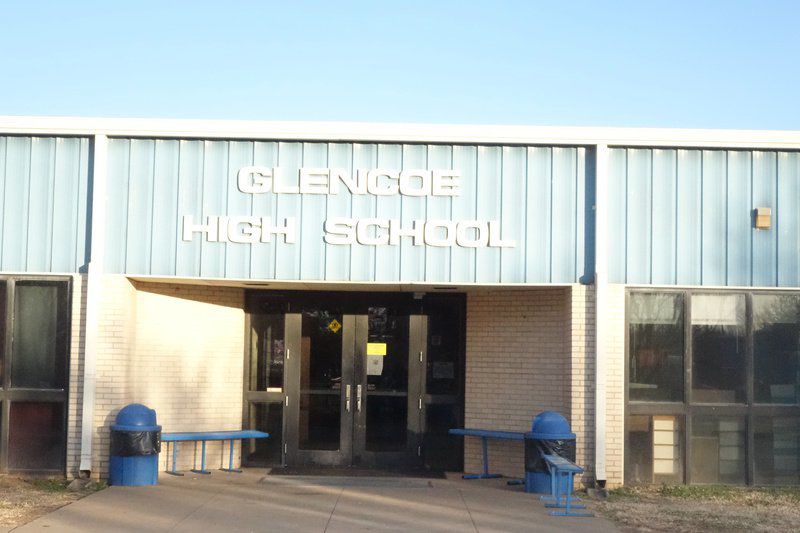 Jordan Bishop/Stillwater News Press Glencoe High School was one of only 111 schools in the state to earn an F, something superintendent John Lazenby doesn't take lightly. 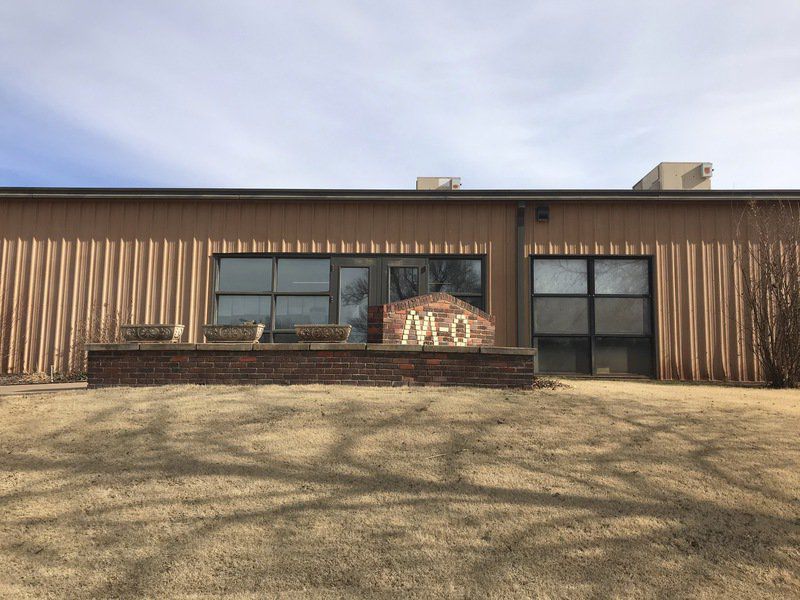 Jordan Bishop/Stillwater News Press Mulhall-Orlando High School was one of only 54 schools in the state to earn an A, along with the elementary school in the district. 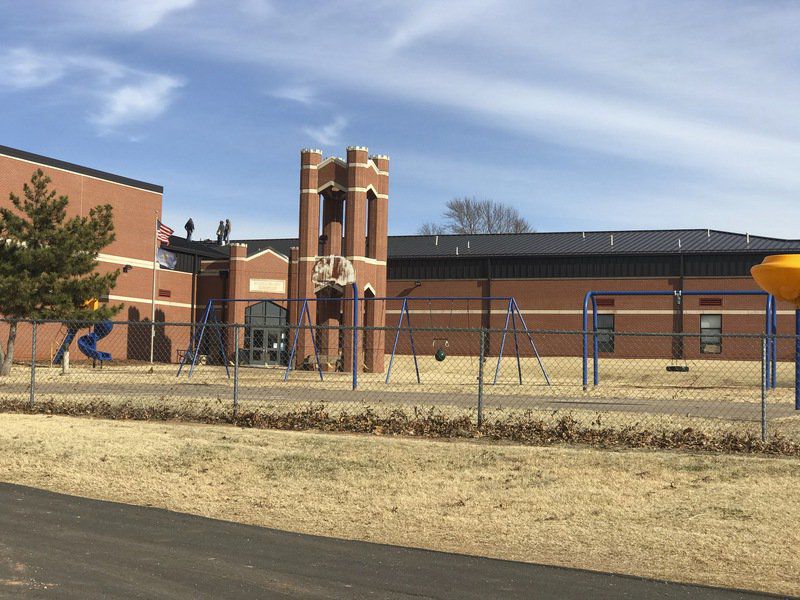 Jordan Bishop/Stillwater News Press Mulhall-Orlando Elementary School was one of only 54 schools in the state to earn an A, along with the high school in the district.

Jordan Bishop/Stillwater News Press Glencoe High School was one of only 111 schools in the state to earn an F, something superintendent John Lazenby doesn't take lightly.

Jordan Bishop/Stillwater News Press Mulhall-Orlando High School was one of only 54 schools in the state to earn an A, along with the elementary school in the district.

Jordan Bishop/Stillwater News Press Mulhall-Orlando Elementary School was one of only 54 schools in the state to earn an A, along with the high school in the district.

When Oklahoma’s annual school report cards were released last week, there was a large, mostly negative, reaction to the letter grades, including in the News Press area.

The state’s grades most hovered around average to below average, with State Superintendent Joy Hofmeister attempting to quell many of the grievances with the scores.

“We still have challenges and are not yet where we want to be,” Hofmeister said in a release. “The good news is that we are on the right track.”

The superintendents around the area agree with Hofmeister that the state is on the right track after years of ranking near the bottom of national averages. However, they believe the ranking system still remains flawed as a way to adequately reflect the impact these local schools have on students’ education.

Sumrall had several points against the way the scores are compiled – which are averaged through criteria such as academic achievement, academic growth, graduation, English Language Proficiency, chronic absenteeism, along with postsecondary opportunities for high school students.

One issue Sumrall had was the academic growth, which gauges how students have improved since the previous year, but with the state constantly changing the tests, it is hard to get an accurate reading of growth, Sumrall said.

“They haven’t nailed down a same test every year, so how do they compare growth to one group and then the next group when the tests aren’t the same?’ Sumrall said. “I don’t know how you can get a fair reading from those tests when you change the tests every year.”

An issue that Sumrall said affects his Coyle district particularly was the postsecondary opportunities evaluation, which the high school scored a D in. It is supposed to show how well schools are helping students gain early college and career exposure. Coyle earned a 23 percent compared to the state average of 46 percent.

“I understand Hofmeister says it is not all to do with it, but the majority is the CareerTech system. Well Coyle is not a member of the CareerTech and that is voted on by the people because the people are taxed on it,” Sumrall said. “Coyle is a district that chose several years ago not to become a member so if our students attend, they have to pay tuition. It is a high tuition. So to penalize a school like us for students who can’t afford to attend, I don’t know how that can have anything to do with us.”

Sumrall mentioned that the district is trying to provide as many opportunities as it can to prepare students for the next step, whether it be finding more internships for kids or having them do concurrent enrollment, which is already in place at Coyle.

The main thing Sumrall and many superintendents had issue with was the chronic absenteeism score. Most see it as an issue that can’t be used against a school if a student doesn’t show up. Sumrall also brought up the struggle of public schools against online charter schools in this day and age where institutions like his are at a disadvantage when it comes to scores of chronic absenteeism.

“If a student misses more than 10 days, there is really nothing we can do about it and is up to the parents to get them to school,” Sumrall said. “The online schools get 100 percent of chronic absenteeism because the kids work from home and it is something we are battling when compared to online schools. I still don’t think it is an honest overall grade you can put on a school system and community. I think we need to hold schools accountable for what we are teaching the kids, but it hurts the community if they get a D or F.”

Ripley Superintendent Lisa Pitts agreed with Sumrall about the absenteeism being an unfair gauge, especially for small schools like hers where a single chronically absent student can have a large effect on the overall score.

“That is something we can’t control,” Pitts said. “We can’t make that kid come to school or make that parent bring that kid to school. From a school point of view, it is an unfair mark.”

If the schools are to be docked for absent students, Pitts said there needs to be overarching rules about what does or doesn’t count as a chronically absent student. Ripley had a student who had back surgery and was told by the physician not to attend school, but the state refused to exempt them and it counted against Ripley’s score, Pitts said.

“Pretty much, the kid has to be dying before they are going to give us that exemption,” Pitts said. “They used to at least acknowledge if they had a medical release, but that has been ignored. We did approach that with them and told them it was legit and yet, they would not grant us that, so that needs some work. That is not a school problem and sometimes, a kid really is sick and doesn’t need to be here contaminating everybody else. I understand there are kids that play hooky, but that is a parent problem. Can a school fix that? No.”

Pitts has 456 students attending two schools in her district. Like Coyle, both the elementary and high schools earned C grades. She said while she would like the scores to be better, Pitts knows that the system is imperfect with how it grades class by class.

One superintendent who said he wasn’t going to lose sleep, but is seriously concerned, is Glencoe Superintendent John Lazenby. The Glencoe district has 359 students spread across an elementary school and a high school, the latter of which was given an F. Glencoe Elementary earned a C.

Glencoe High School was one of 111 schools across the states, 7.4 percent, to receive a failing grade, which didn’t sit well with Lazenby.

“Honestly, when it comes down to it,” Lazenby said. “I saw where the state department said they aren’t singling out schools and ones that have poor grades aren’t bad schools, but it gives it something to look at. You know me as a coach, I am used to being a champion. I like to win. I like to have high scores. Right now, I am more concerned about education than I have ever been with our kids at Glencoe because it is unacceptable.”

While Lazenby doesn’t want to make excuses, he brought up some factors that could contribute to Glencoe High’s low score. One was the graduation rate, which he said was hurt recently by transfers into the district who graduated at Glencoe, but came into the district low on credits so didn’t stay on target with the state’s schedule.

Another was the chronic absenteeism, which like most, he thinks is a home issue. He also had a problem with how the high schools are judged on test scores, which he said comes mostly from tests taken by the junior class each year.

“At a small school, especially (not to make excuses) but a few years ago we had a class come here and we were second to Stillwater in our ACT average,” Lazenby said. “We had a few kids that knocked it out of the park and our average jumped real quick. At Stillwater, 400 kids in the junior class won’t skew as much.”

Lazenby has seen some of the remarks made about the overall state’s numbers and dissension amongst people who feel that the teacher strike and subsequent raises were unwarranted, which he thinks is ridiculous and another reason why the grades can be harmful.

“You hear these people, ‘Throwing money at it wouldn’t fix the problem.’” Lazenby said. “How the hell would you know if you never threw money at it? Oklahoma wants a top-flight education – a steak or lobster-level education – with a baloney budget.”

Lazenby said one positive is the school is eligible for grants now because of the low score and he will take those after a year in which he and the school board had to spend $100,000 on heating and air condition repairs that could have gone toward items to help his educators. He also said he and other staff members will be picking the brains of people at schools like Mulhall-Orlando, one of only 54 schools to receive an A, or 3.6 percent.

Rodney Vollmer, the superintendent at M-O, said even though both the elementary and high schools in his 239-student district received As, he thinks there are some issues with the report cards, as well. The main thing he brought up was the chronic absenteeism, which has a bigger impact on smaller schools like his compared to the bigger ones.

“Lets take these two schools: Stillwater and M-O,” Vollmer said. “Our graduating class is 14, their graduating class is probably 500. If you have 10 of their kids absent and chronic, it won’t be a big deal. If there are 10 of our kids chronically absent, it will hammer us. I don’t know if you are comparing apples to apples throughout the report card, I don’t know how accurate it actually is.”

“I think you have to look at your community,” Vollmer said. “We have really good parents, our kids and their families for the most part like to work hard whether it is in the classroom or whatever. The work ethic is a big thing, Being able to count on parents to follow through just like we try to follow through on our end with their kids as students.”

Vollmer doesn’t know if there is anything different that his district is doing than anyone else, but he points to the fact his staff has strong curriculum alignment and planning to ensure the students aren’t missing anything.

“Well, like I have always told our staff. It is great we have received those grades, but our goal every day is to educate our kids to the best of our ability and for our kids to accept that challenge every day and that is what takes care of that report card,” Vollmer said.