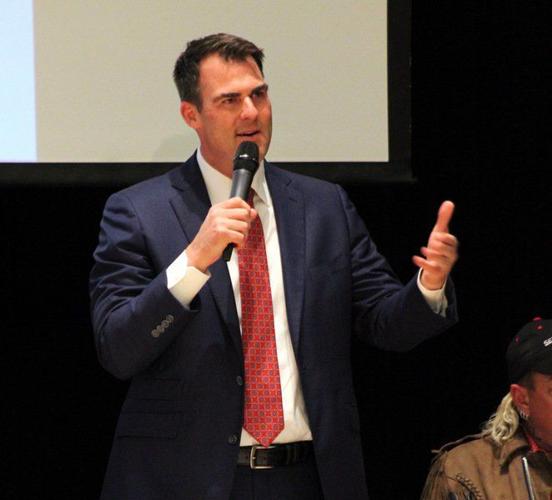 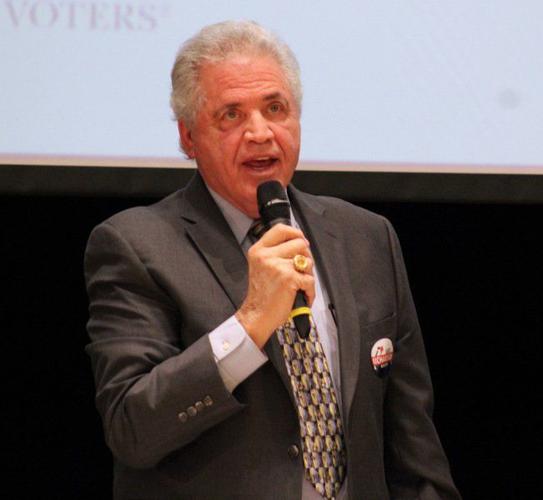 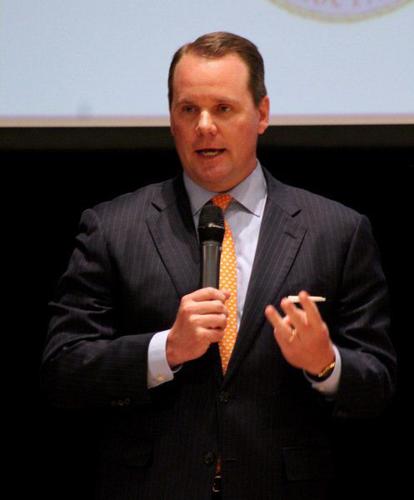 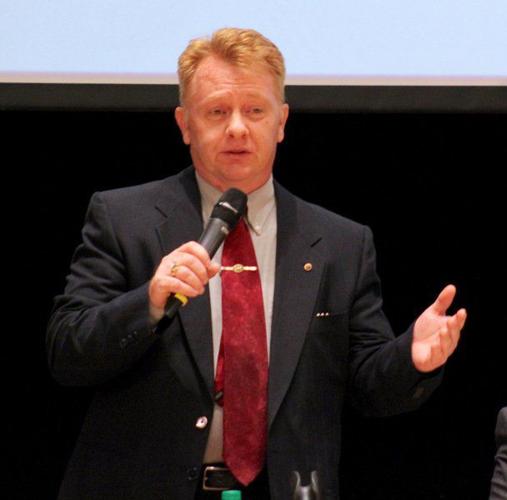 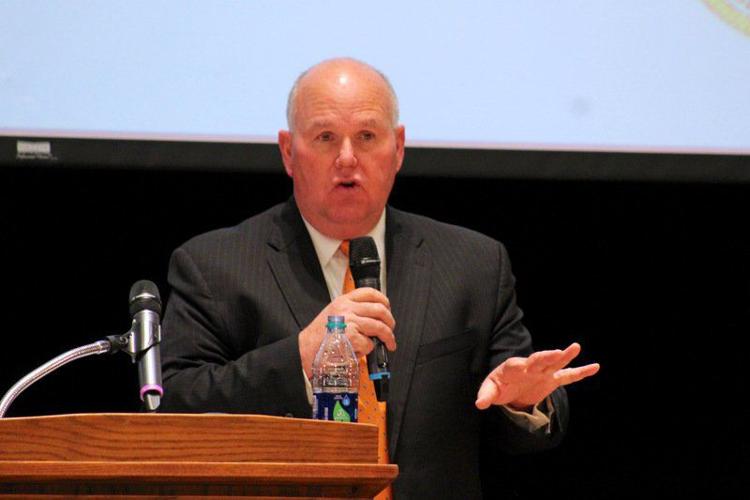 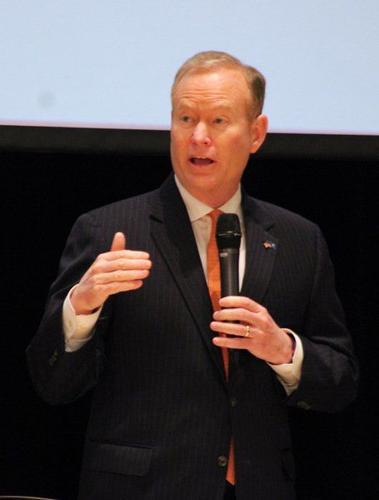 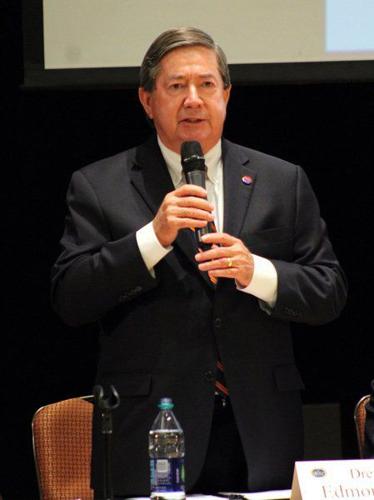 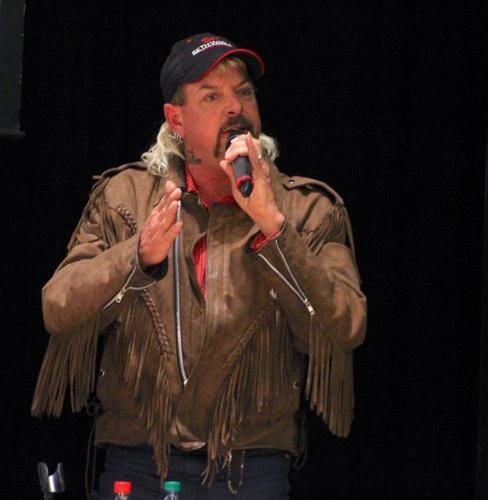 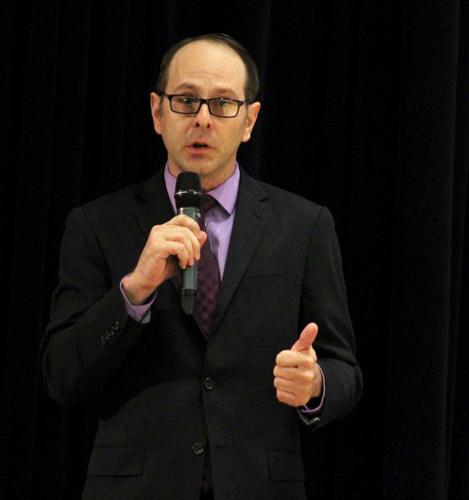 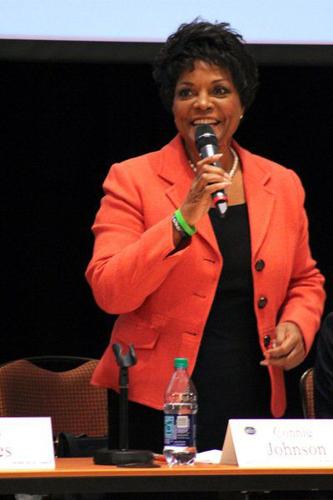 A field of 10 candidates vying to be governor of Oklahoma introduced themselves to voters Thursday during a policy forum hosted by The Oklahoma Academy and held at Oklahoma State University.

The Oklahoma Academy is a non-partisan membership organization that studies and brings attention to public policy issues.

The Oklahoma Academy presented the candidates with three questions one week before the forum so they would have time to prepare their responses.

The candidates who haven’t previously held public office are making their “outsider” status and business experience a centerpiece of their campaigns.

Stitt summed up the messages from all the people coming to the race from a business background instead of previous government positions when he said, “I just don’t think the guys that got us into this mess can get us out of it.”

Each candidate was asked to list their three strategies or priorities if elected.

Richardson said he would he would audit every state agency, focus on the state’s public education system and take down toll gates on turnpikes. He says he has a five-point plan for improving the state.

Powell said he would prioritize state spending to ensure money is being spent wisely and incentives are benefitting the state, address the education system to make sure it was student focused with a greater emphasis on preparing students for careers in skilled trades and implement criminal justice reform.

“We have too many people and too many of the wrong people in our prisons,” he said.

Lamb pledged to get the state budget in order and implement an open, zero-based budget process, focus on education reform and diversify the state economy with a focus on exporting more commodities.

Edmondson wants to return the gross production tax paid by oil and gas producers to 7 percent and opt into the federal Medicaid expansion to fund healthcare; improve education systems by ensuring they’re fully funded and the provisions of HB 1017, an education measure passed in 1990 to reduce class sizes and address school funding, are reinstated and implement the Smart on Crime proposals from the Department of Mental Health that would save money by diverting non-violent offenders to treatment instead of incarceration.

Lawhorn says he would focus on education reform with an eye toward spending, implementing a student-centered education model and developing Swiss-style apprenticeship programs for students who don’t wish to attend college; moving the state toward greater economic diversity and implementing State Question 788, which legalizes medical cannabis, to get people out of prison.

Jones would revamp what he says is a flawed state budget system by establishing an office of accounting and budgets that would have qualified financial professionals preparing the budget instead of legislators, fund education and the criminal justice reform provisions passed as part of State Questions 780 and 781 and look at reforms beyond auditing state agencies.

“People talk about audits but what we ought to do is pay attention when we get a recommendation,” he said.

Johnson boiled her priorities down to “Stop the stealing” through what she characterizes as inefficient privatization schemes, “Get some money” through new streams of revenue developed by legalizing not just medical but recreational cannabis as well as wind and solar power, and “Get the people involved.”

“Our leadership is elected by less than 15 percent of the registered voters,” she said. “When the people are asleep, the rats are making off with the money.”

Cornett said he would focus on developing agriculture which is a big part of Oklahoma's economy and employs 321,000 people in related industries, fund roads and other infrastructure because poor infrastructure discourages outside investment and implement criminal justice reform to save money on housing prisoners and providing their medical care.

“It’s an idea whose time has come,” he said. “It has support from the left and the right.”

Stitt says his overall goal is to have Oklahoma become a Top 10 state in growth, education and infrastructure. To get there, he says he would get control of the budget by giving the legislature more money to allocate instead of taking it off the top for specific uses and he would ask for the authority to hire and fire agency heads who don’t do their jobs or misappropriate funds.

Exotic said he would make lobbying illegal to “get them out of our way”, hold public officials accountable because “misappropriation is basically theft” and rebuild the state from the bottom up by opening parks and saving money by using inmates to clean up the state by doing jobs like picking up trash along roadways.

He also said he would get everyone out of prison who is locked up for low-level drug offenses involving cannabis.

The forum was live-streamed by Oklahoma State University and will be rebroadcast at ostate.tv.