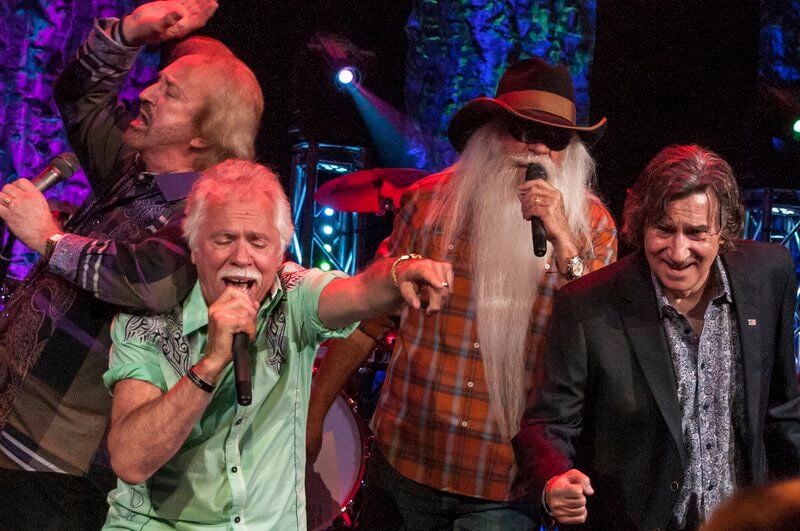 Photos provided The Oak Ridge Boys are celebrating the 40th anniversary of their hit song, "Elvira." Richard Sterban, far right, spoke with the News Press about the song's history and what's coming up for the band this summer. 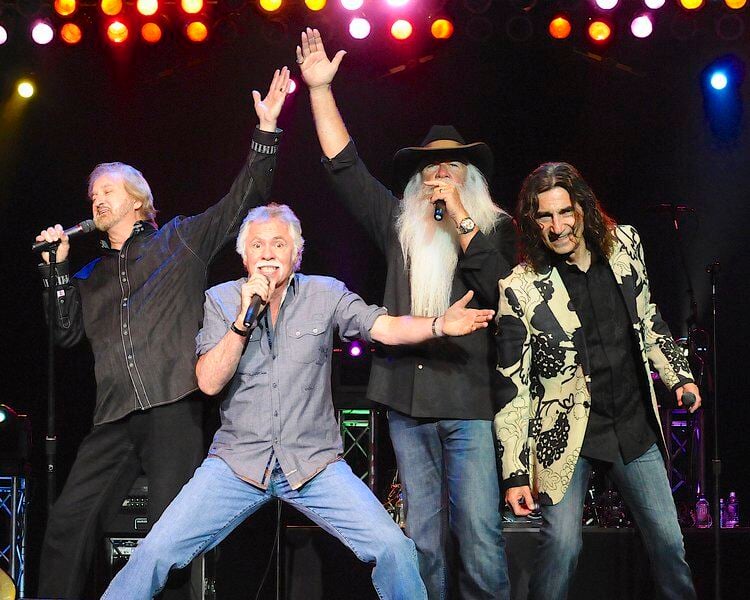 As far as earworms go, they don’t get much more catchy than “Elvira” by the Oak Ridge Boys. People’s hearts have been on fire for the tune since 1981, and the song is now being celebrated this year for its 40th anniversary.

“Elvira” was originally written in 1966 by Dallas Frazier, who had a hit on it himself, but it became a staple of country music and music in general in 1981. Richard Sterban, the bass singer for the Oak Ridge Boys, is perhaps best known for his line of “oom poppa, oom poppa, mow mow.” Sterban was also a backup singer for Elvis Presley at one point in time.

Sterban said Frazier was initially inspired by a street sign in Nashville that read “Elvira,” which paired well with the words “my heart’s on fire,” and the origins of the song were born. Sterban said his famous line even derives from the bumpiness of the street due to the potholes.

“A few weeks later, maybe even a few days later actually, we went into the recording studio and we started working on this album,” Sterban told the News Press. “And I remember when we recorded 'Elvira,' first of all, the song went down very easily. We got it in two or three takes. And I remember everybody in the studio was really smiling.

“I remember the musicians had big smiles on their faces and everybody was having fun playing the song. And it felt like it was a hit record. We felt that day that we had something special on our hands.”

Sterban said the thing that sticks out in his mind the most was a moment during a show in Spokane, Washington, when the song proved to be a hit. Sterban said in the middle of the show, without saying anything, the Oaks decided to try a few of their new songs for their upcoming album, which included “Elvira.” He said the song garnered encores before the entirety of the show had even been performed.

“When we played ‘Elvira’ that day, the audience just went crazy. I don’t ever remember seeing a reaction from an audience in regards to a song than how they reacted to ‘Elvira’ that day,” Sterban said. “It was unbelievable. We had to encore the song several times right there in the middle of the show. People would not quit applauding, people would not quit clapping. At the end of the show, we played ‘Elvira’ again and we had an encore again at the end of the show.”

Sterban said the group was very adamant to get the song on the airwaves and thus resulted in one of the largest single-selling records ever recorded in Nashville. He said it is a special song and even 40 years on, it is a song that makes the audience go crazy.

“There’s just something about the song,” Sterban said. “Something very special about it. It makes you happy. It makes you, for a little while, forget about your cares, your worries and your troubles. It makes you want to sing along and have fun, and that’s what the song does.”

Sterban said he is very fortunate to have a line in “Elvira” that he said has become one of the most recognizable bass lines in all of the music business. The part was written in the original version of the song and had been recorded by other artists, including Kenny Rogers. But Sterban said it was Chancey’s idea for him to do that part, and through his own version of the line, created the famous line that has been heard now for four decades.

“So I guess I kind of stumbled onto something special there,” Sterban said.

During the past year, the music scene has been hit hard by the pandemic, just like all aspects of society. Sterban said the Oak Ridge Boys haven’t been able to work for most of the past year with the exception of the group’s Christmas shows, which were “Godsends.”

During the down time of the pandemic, Sterban said the group was able to start working on a brand new project, which resulted in a new album entitled “Front Porch Singing,” that is set to be released June 11. Sterban credited their current record producer, Dave Cobb, for coming up with the concept that derived from something that has become popular at various concerts they perform.

He said Cobb and other record executives were at the Christmas performances last year and decided to come up with an album based on a segment of the performances in which the members all sit in rocking chairs and share memories and sing individually. Sterban said this spawned the idea for an album with the same type of concept.

“Just as the name implies, we tried to capture the feeling of four guys either sitting or standing on the front porch just harmonizing and just singing songs,” Sterban said. “And there’s some old songs in there. See, Dave Cobb is a genius, a master of taking old things and making them sound new. He’s done that with the Oak Ridge Boys, and there’s definitely some of that on this project. There’s some great old gospel songs on here, some traditional folk songs, songs that people will recognize. But at the same time, there’s some great new country songs on there.”

The past year has also allowed the Oak Ridge Boys to better appreciate their roots. Sterban said with concerts being taken away due to safety concerns surrounding the pandemic, the healing power of music was lacking for a lot of people. He said the Oak Ridge Boys were able to better realize the positive influence their performances can have on their audiences.

“I think we’ve come to realize that even more so during the time we’ve been away from it. I think we as the Oak Ridge Boys have also learned how much we miss our fans, how much we miss our audience,” Sterban said. “We missed that feedback from them. Being able to interact with our fans and our audiences. That’s what we have missed. We’ve known from Day One that music is important to people. But I think we’ve realized that even much more so since it’s been taken away from us for this past year. We’re anxious to get back to the real important things in life and that’s trying to help people with our music.”