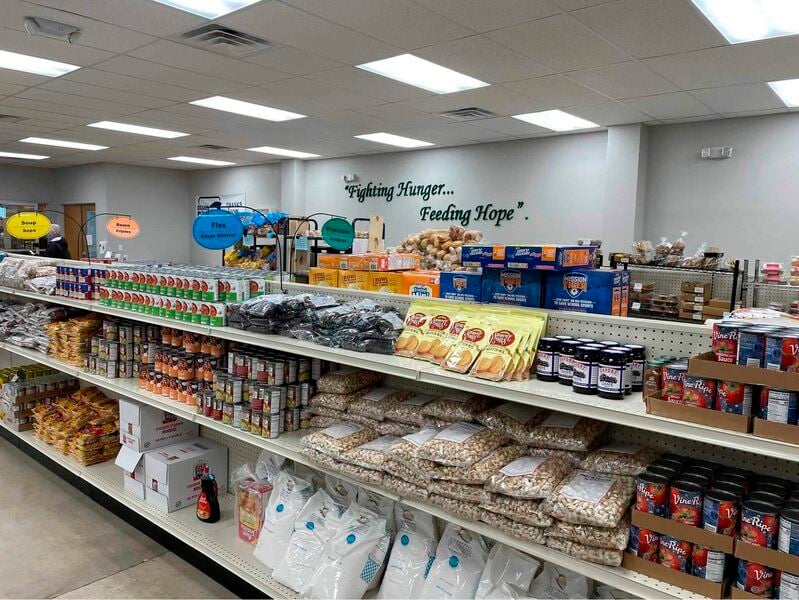 Provided. Our Daily Bread helps those struggling with hunger. Inside is set up as a grocery store so customers feel they are shopping at a grocery store rather than a food bank. 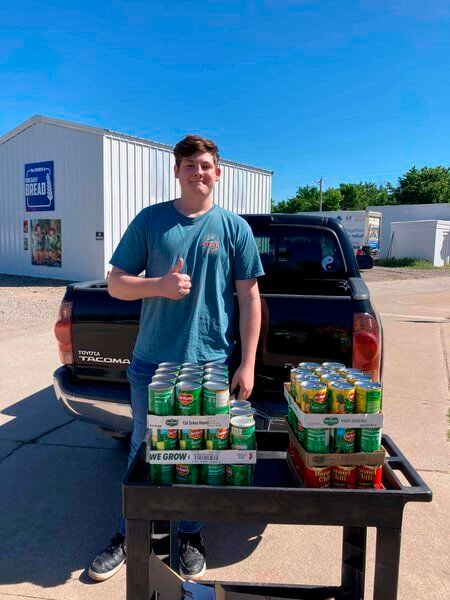 Provided. Derek Messer smiles and gives a thumbs up after using money from his OSU meal plan to buy food for Our Daily Bread.

Provided. Our Daily Bread helps those struggling with hunger. Inside is set up as a grocery store so customers feel they are shopping at a grocery store rather than a food bank.

Provided. Derek Messer smiles and gives a thumbs up after using money from his OSU meal plan to buy food for Our Daily Bread.

A freshman at Oklahoma State University used money left over from his meal plan to donate food to Our Daily Bread.

Derek Messer, an 18-year-old from Frisco, Texas, recently finished up a semester at OSU and wanted to help the Stillwater community.

“I was looking for better ways to spend my money and I know that my family has volunteered in the past with our local churches and stuff like that,” Messer said. “We donated to our food banks here so I was just looking for stuff like that here in Stillwater.”

Messer said it is common for people to buy bulk grocery items to bring back home with them after the semester, but he didn’t want to do that.

“We have plenty of food at home and there’s plenty of people that don’t,” Messer said.

Messer said a majority of the items he purchased were canned goods, which are typical donation items.

“It was mostly canned food,” Messer said. “A lot of canned veggies, corn, green beans, a lot of soup. I got some cereal. Just stuff like that.”

Being from Frisco, he said it’s common that people donate to those in need, so he wasn’t expecting all this attention.

ODB posted a picture of Messer on Facebook asking for the post to go viral in hopes of finding Messer’s mom.

“When I was doing it, I didn’t really think much of it. I was just like, ‘Oh I’m gonna do this thing and that will be the end of it.’ I wasn’t really looking for any attention from it,” Messner said.

Rachael Condley, the executive director at ODB said Messer impacted the community and they are now looking at outside-the-box ways to donate.

“As with other exceptional good deeds, the ripple effects of this will go far beyond this moment,” Condley said. “We are so thankful Derek took the time to think of others during a very busy time in his own life.”

Messer said if he was given the opportunity to do this when he returns for school, he will continue donating.

“I feel like it was a good thing to do and more people should do it,” Messer said. “If more people do it it would be a much better place.”

Constance E. Diamond died June 14, 2021. Services will be scheduled at a later date. Arrangements are under Strode Funeral Home and Cremation.