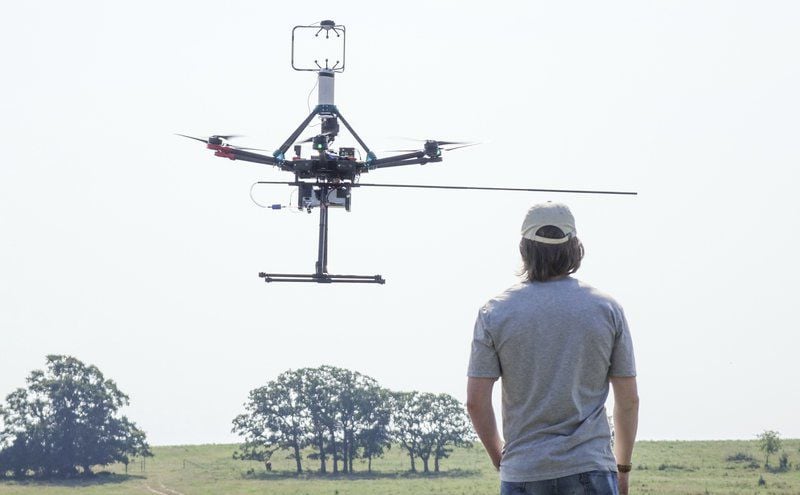 David Bitton/Stillwater News Press A drone comes in for a landing Tuesday, June 27, 2017 at Oklahoma State University’s Unmanned Aircraft Flight Station east of Stillwater. Students from four universities including OSU are researching the use of unmanned aircraft to help improve weather forecasting. 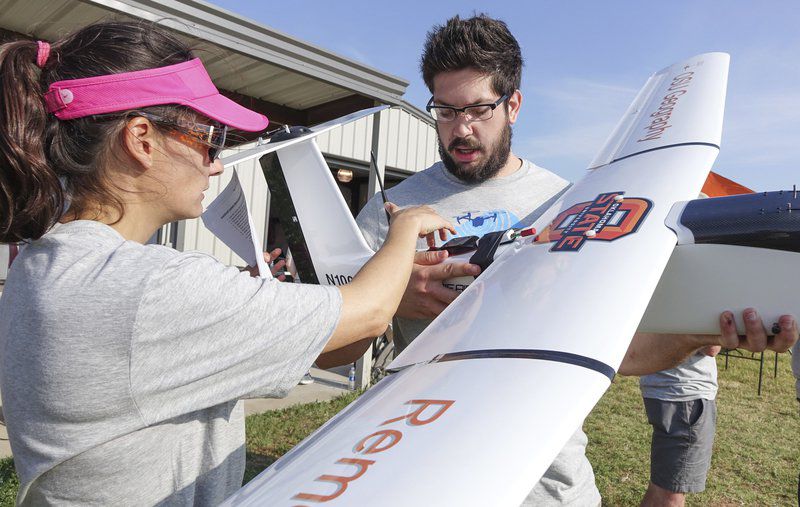 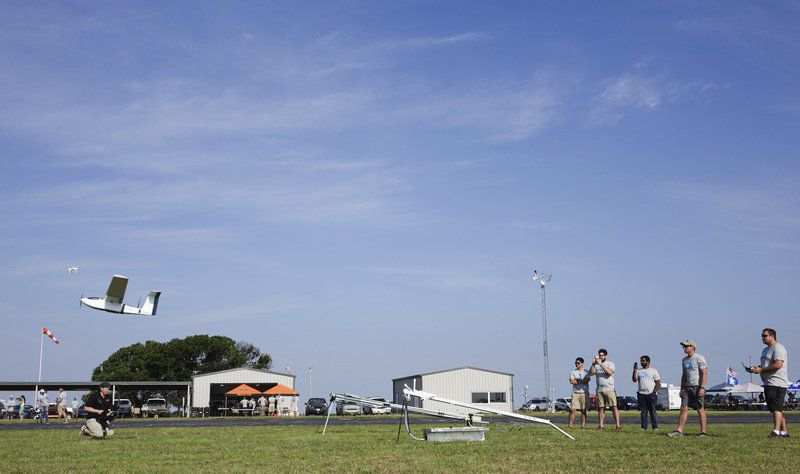 David Bitton/Stillwater News Press A drone comes in for a landing Tuesday, June 27, 2017 at Oklahoma State University’s Unmanned Aircraft Flight Station east of Stillwater. Students from four universities including OSU are researching the use of unmanned aircraft to help improve weather forecasting.

STILLWATER – Imagine having a 60-minute warning before a tornado hits your location instead of 12 minutes.

That’s what Oklahoma State University and their three partner universities are working toward while collecting weather data using drones.

“It is a game-changer,” said Jamey Jacob, an aerospace engineering professor at OSU and director of Unmanned Systems Research Institute.

About 60 students and staff from OSU, and the universities of Kentucky, Oklahoma and Nebraska, are spending the week flying drones east of Stillwater at OSU’s Unmanned Aircraft Flight Station off Clay Road.

It is the second year the universities have come together to test unmanned aircraft and their ability to improve weather forecasting as part of the CLOUD MAP project – Collaboration Leading Operational UAS Development for Meteorology and Atmospheric Physics.

A four-year, $6 million grant from the National Science Foundation is funding the research.

“The goal is to push the limits of tornado detection to help save lives,” Jacob said.

About 20 drones of all shapes and sizes, including a fixed-wing aircraft, were accessorized with sensors to collect data ranging from temperature and wind speed to humidity and pressure.

Amy Frazier, assistant professor of geography at OSU, was pleased with how Maggie performed during her test. Maggie is a white, fixed-wing electric aircraft with a 9-foot wingspan. Monday's flight was her maiden voyage.

Maggie launched off the runway and was airborne about 40 minutes. The autopilot followed a flight plant that included collecting data from multiple elevations before a controller brought the unmanned aircraft in for a safe landing.

“We are very, very happy with the results,” Frazier said.

Senior Britton Duncan, 22, a mechanical and aerospace engineering major at OSU, said he enjoys the research and collaborating with the other universities.

Suzanne Smith, University of Kentucky director of Unmanned Systems Research Consortium, agreed that collaboration was good for all.

Students have been working on their drone systems for a year and this was their chance to test them out.

“We look forward to this every year,” Canter said. “We get to compare how other schools use drones and learn from it.”