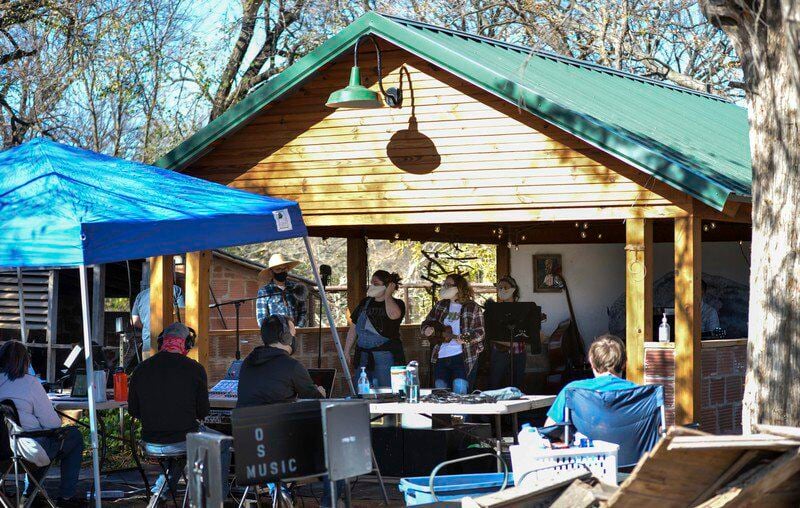 Courtesy of OSU Theatre Oklahoma State University students perform a scene from the radio rendition of "Charlotte's Web" at the Gypsy Cafe in Stillwater. The production will be available to stream for free from Nov. 19-22 and Nov. 26-29. 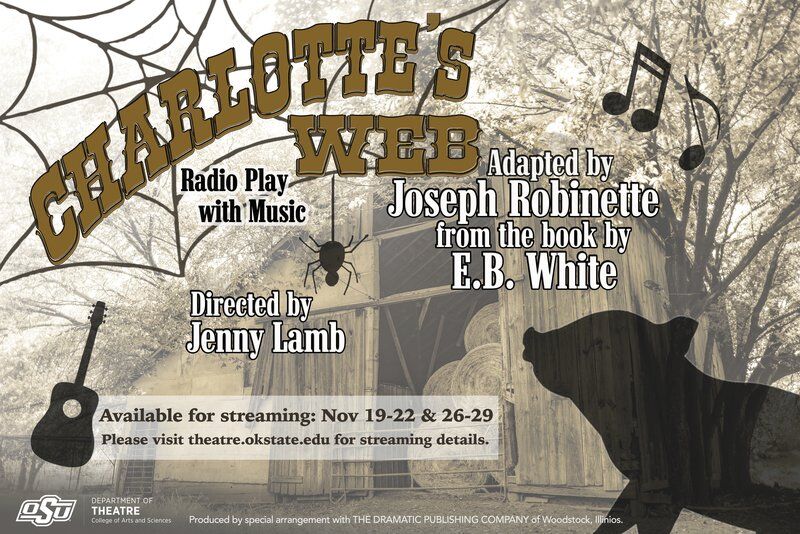 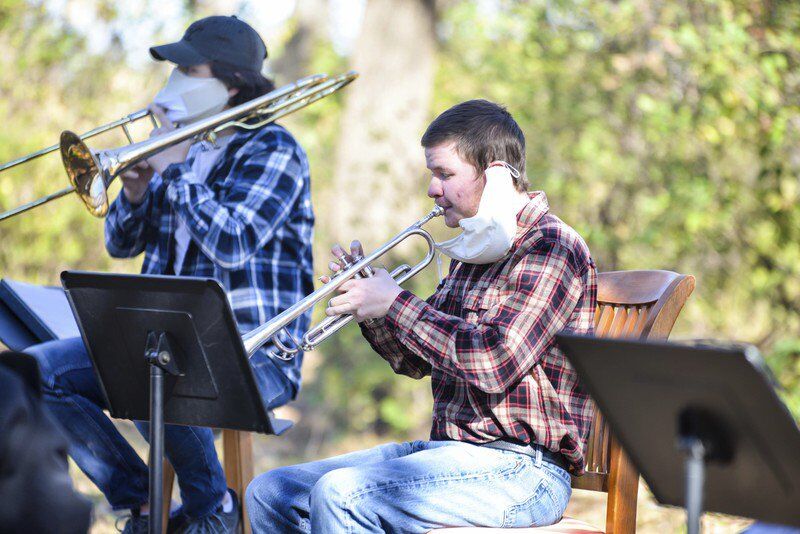 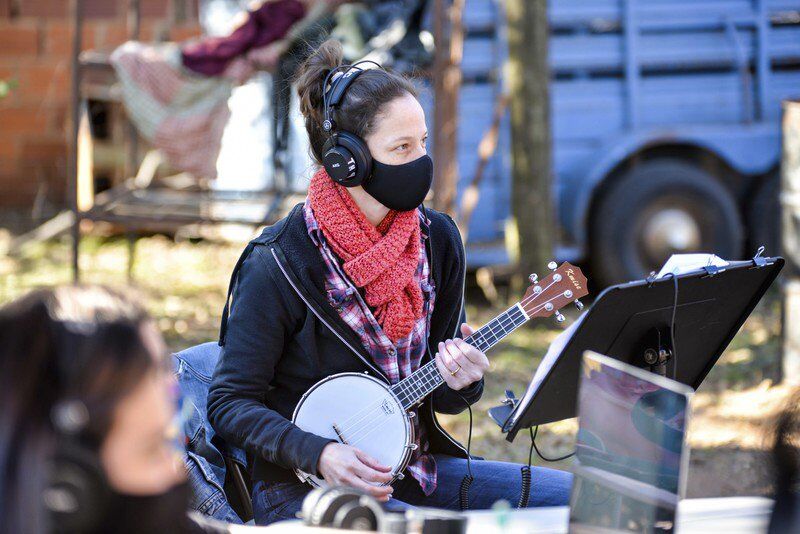 Courtesy of OSU Theatre Oklahoma State University students perform a scene from the radio rendition of "Charlotte's Web" at the Gypsy Cafe in Stillwater. The production will be available to stream for free from Nov. 19-22 and Nov. 26-29.

For the Oklahoma State University Department of Theatre, the uncertainty surrounding the COVID-19 pandemic caused Director Jenny Lamb and the show selection committee to look at alternatives for student-centric productions this semester.

Lamb, who is the assistant professor of theatre and the interim head of acting, said the decision was made to look at radio plays, which were possible due to not having the same preparation needed like traditional theater shows OSU puts on.

“Once the pandemic was in full swing in March and we all went online, we were of course optimistically thinking, ‘Oh, sure, everything will be fine in the fall.’ But in the middle of the summer, it was pretty evident that theater wasn’t going to make a comeback in the way that we knew. The season selection committee, we met over the summer and we thought that the safest choice for the fall, what we call ‘COVID proof,’ and lean towards radio plays. It was the original theater, it was the original TV.”

Lamb said War of the Worlds was one of the first radio productions chosen for the season, and was performed for an October debut. She said when she was working as a professional actor in Chicago, she had her own children’s theater company, which gave her some experience with the next show OSU is putting on, which is a radio rendition of “Charlotte’s Web.”

Lamb said for a radio production, a lot of the focus was put on the music that will play each time a character appears, as well as how a character will sound when they aren’t seen by the audience. She said the live recording was done on Sunday at the farm at the Gypsy Cafe in Stillwater, and while watching the students perform she said she felt like it was similar to how such productions were performed in their heyday.

“We’re just finding different ways in for people to be able to see the world that we’re creating through just the use of audio,” Lamb said. “So it was really interesting for the students to work on it because they kind of had to do double duty. They had to be the actor, they had to provide the sound, they have to be the musician, they have to do it all.

“A lot of them are playing multiple characters, as well, but then also the technique of radio, we can’t see them, so it doesn’t matter how beautiful their acting in the silent moment was, we don’t get to hear it, all we hear is silence. So I think it was a new technique for them to do what we call in the business as ‘acting on the line.’”

Lamb said with students having to use a different performance technique to get the most out of their characters, it added another tool to their metaphorical tool box.

“It was an interesting technique for the actors,” Lamb said. “They had to stand a certain way, they couldn’t look at their scene partner like we would do in traditional theater. Your scene partner was your microphone, so they had to get used to that kind of style. They couldn’t use all of their acting skills they have for live theater, they had to think about where they were sending their voice.”

With the cast of the show providing their own voices and sound effects, another aspect the students were able to showcase their talents was through the music, which the students created and performed themselves. Lamb said it is important in this day and age that actors are multi-faceted, with acting, singing, dancing and musical talents all combined into their performances.

“The ensemble created all of the music that’s in it. They are the originators. They created it. We spent our first couple weeks of rehearsal just exploring the music,” Lamb said. “Because all of the actors play music. They are all multi-talented actors, which is essential. You have to be an actor that also knows how to sing a little bit, knows how to move and you have to be an actor that knows how to play a musical instrument. So it was really great for them to exercise all of their artistic muscles in this show.”

Even though Lamb has been involved with many different productions of “Charlotte’s Web,” she said this particular show stood out to her. She said it always amazes her how the same production can be pulled off and still feel like a new version.

“To be able to combine all of these things, the beautiful music, the classic story, students that are excited was great,” Lamb said. “Really finding a lot of joy in coming to rehearsal and finding a sense of ownership over the show that they created. It’s been an amazing process, the best time I’ve had working on this show for sure. It’s a show I’ve done several times. I’ve been in it, I’ve directed it, and it never ceases to amaze me about how transformable a show can be. I’ve done it several times, but I feel like this is a new reinvention of it.”

The OSU Theatre production of “Charlotte’s Web” can be streamed for free from Thursday-Sunday and from Nov. 26-29 by visiting theatre.okstate.edu.