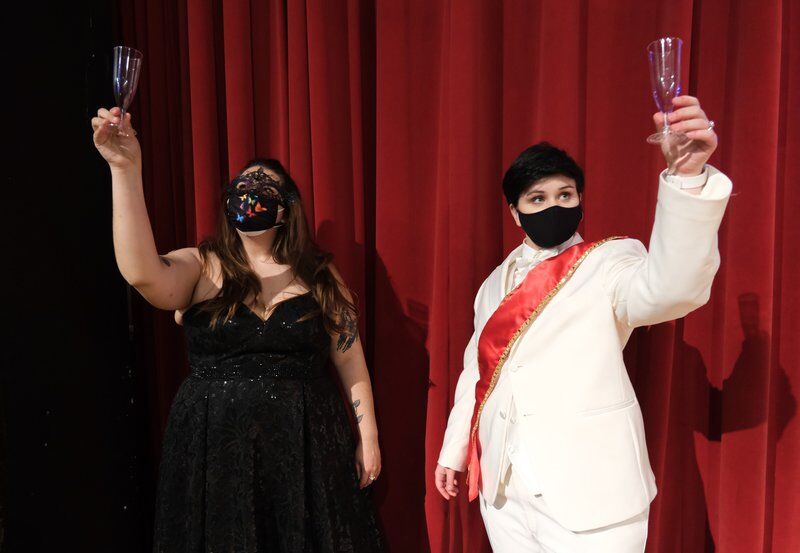 Provided by Andre Chiang The Oklahoma State University Opera performance of "Die Fledermaus" will be performed Feb. 19 and 20. There will be a 25 percent capacity for a live audience and the performances will be livestreamed on OState.TV. 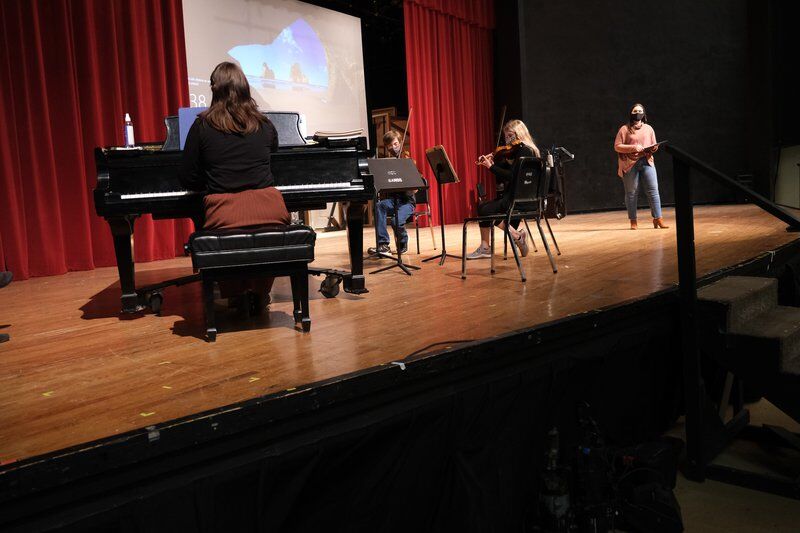 Provided by Andre Chiang "Die Fledermaus," a German operetta composed by Johann Strauss II will be performed by the Oklahoma State University Opera as an English translation performance.

Perseverance has been a common theme for most of us as we have navigated this pandemic over the past year. Finding new ways to go about jobs, school and things we enjoy has been an effort we have all done in order to make things feel as normal as possible.

For the Oklahoma State University Opera program, 2020 was going to feature a sort of celebratory performance of “Die Fledermaus,” written by Johann Strauss II. It was selected in the early part of the 2020 spring semester, but schedules and plans were flipped on their heads by the pandemic.

Andre Chiang, an assistant professor of voice at OSU, said when the pandemic hit things were up in the air in terms of scheduling and performances, but the goal of putting on a performance of “Die Fledermaus” never wavered.

“The show has a pretty rich history. I think it was one of the first shows to be put on by OSU,” Chiang said. “And it’s a show that a lot of universities in the region were doing, partially because it’s such a celebration. The overture is one of the most performed pieces in the orchestral literature, so it has a lot of hummable tunes, great music. It was going to be a big celebration of 2020 (before the pandemic), so I don’t think we wanted to lose that idea. The pandemic sort of derailed everything, so we sort of worked with what we needed to do, to do it as safely as possible.”

With the goal of still having a performance of “Die Fledermaus,” aspects of the original plan changed to make it as safe an environment as possible. A smaller version was essentially adopted, without a full chorus and with a chamber orchestra instead of a full orchestra. To reduce the number of performers onstage at any given time, some of the choruses were recorded beforehand and will be played alongside those singing onstage. The performances at the McKnight Center will also feature a 25-percent capacity live audience and the two performances will feature different performers in each.

Chiang said one of the developments made over the past year has been a couple versions of what have been called “singer’s masks.” These masks were developed by the Broadway Relief Project in order to create a mask that would help prevent the spread of COVID-19 while also being easier for use in stage performances.

Chiang said the OSU School of Music purchased such masks for those involved in choir and voice lessons. A type of filter added to the mask makes for a filtration system that resembles an N95 mask.

“Normal masks are really close to the mouth. It makes it hard to breath deeply and makes it really hard to sing,” Chiang said. “The singer’s mask was built by the Broadway Relief Project and is one of a few types of masks that has come out recently due to the pandemic. It basically keeps the masked area further away from the person’s mouth. You can breathe a little easier and move your mouth a little easier and as a result you have more space to sing.

“It’s been really good in terms of choral events and rehearsals. I think it’s an indication of OSU making an investment and taking it seriously while realizing we still need to sing, perform and do as much of that as possible within the safety constraints.”

The OSU performances of “Die Fledermaus” will be an English translation of the German operetta that was first performed in 1874. The two performances are scheduled for 7:30-9 p.m. on Feb. 19 and 20. Although the live audience is limited, a livestream will also be available for those who can’t attend in person. There will be a livestream available through ostate.tv. For ticket information, visit mcknightcenter.org or call 405-744-9999.

“I think it’s shown a lot of resiliency from everybody. It’s been tough for a lot of the students because they haven’t been able to just hang out with each other much,” Chiang said. “The social aspect of school has been a little bit truncated for them. I think it’s a worthy cause, and I think it’s important that we’re willing to pivot to try to put on a great show and try to give our students an opportunity to perform when some other places are canceling things and professional houses are canceling things left and right. Luckily, I think we have a lot of institutional support and given a lot of room, space, scheduling. So I think everyone has made some sacrifices this year in order to make sure the students still have something to look forward to and excited to be a part of.”

Kenneth Neil Brake, 85, died Wednesday at his home in Stillwater. Visitation will be 1PM to 8PM Monday, February 22, 2021. Funeral services will be 2PM Wednesday, February 24, 2021 at Dighton-Marler Funeral Home, Stillwater.