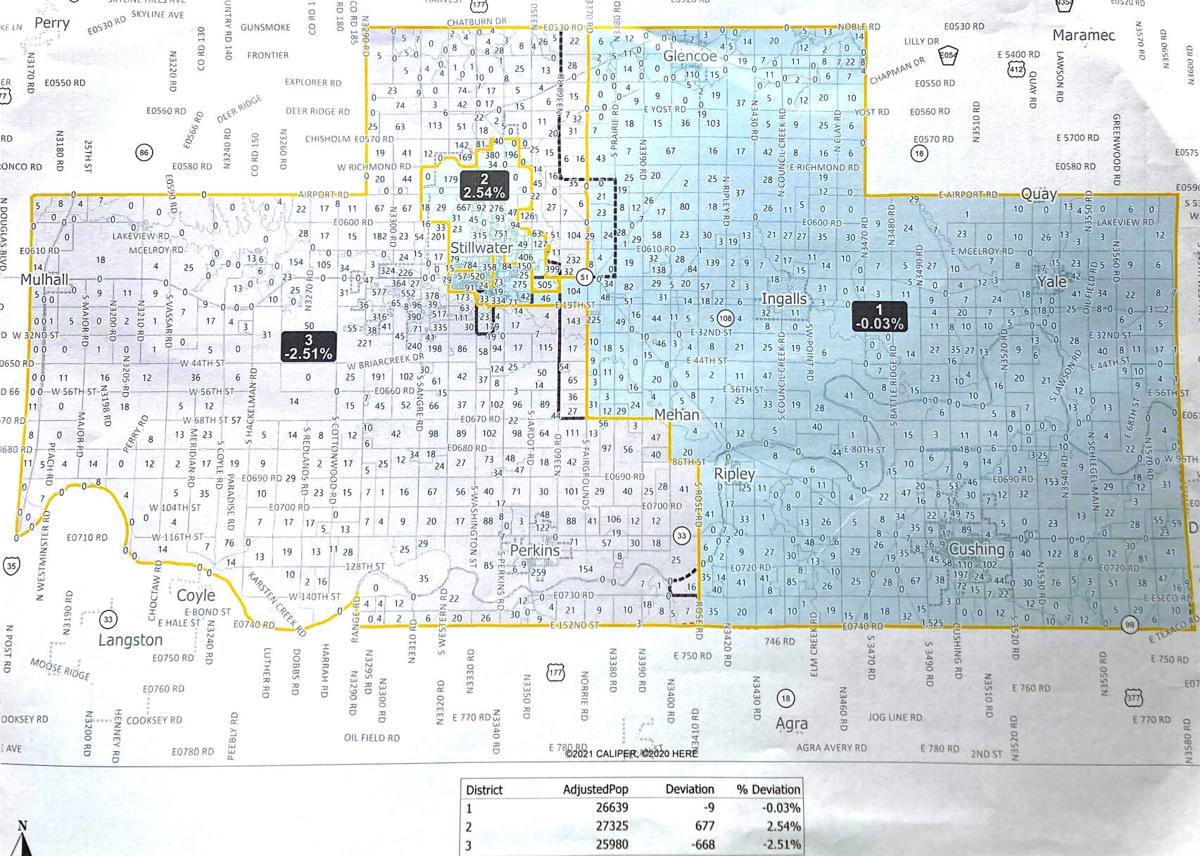 The Payne County Commissioners have approved a new district map, based on data from the 2020 census. Property owners between Brush Creek and Prairie Roads may find they are now in a different commission district.  The yellow lines show new boundaries and the dashed lines show the former boundaries. Provided 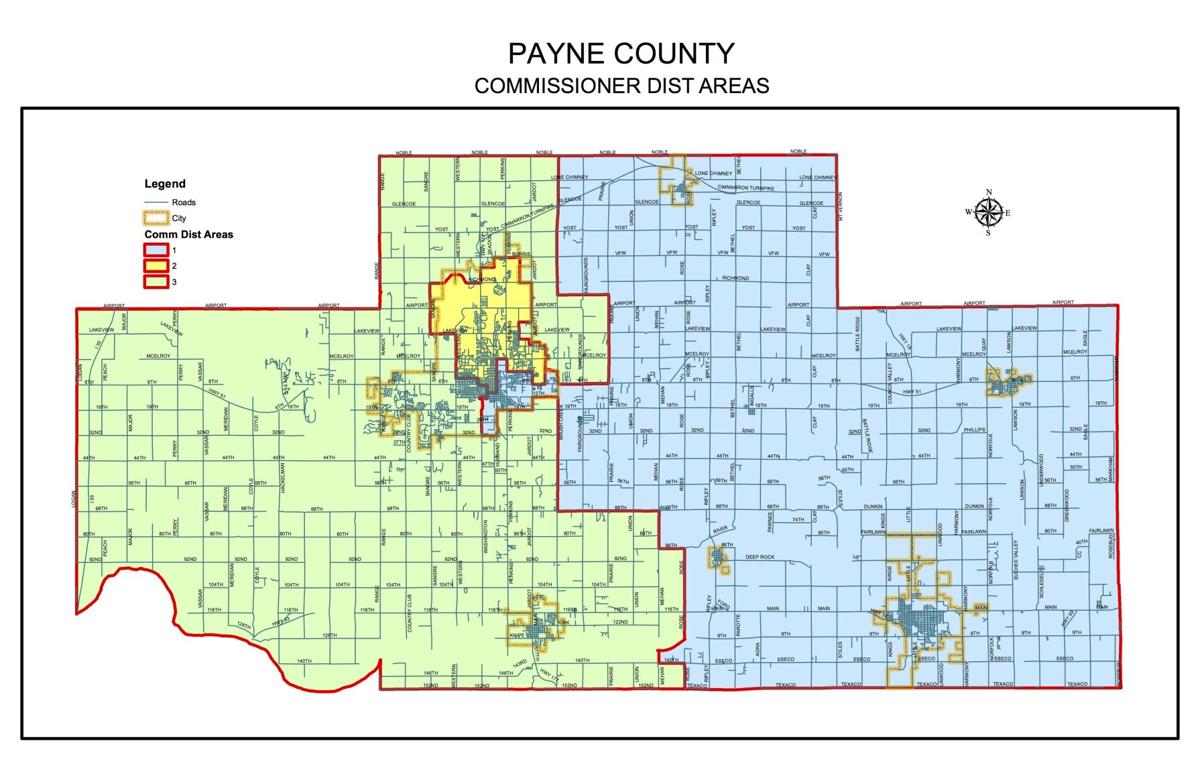 This map shows the former boundaries of Payne County's commission districts, based on data from the 2010 census. Redistricting is done every 10 years, after a federal census, to keep the number of residents served and the number of road miles maintained by county commissioners as close to even as possible. Residents between Brush Creek and Prairie roads may find they are now in a new district. Provided

Some Payne County residents may have to call a different county commissioner when they have issues with their roads. The Payne County Board of Commissioners approved a resolution Wednesday that adopts new boundaries for the commissioner districts, based on the 2020 federal census.

The commissioners acted quickly and decisively in re-defining their commissioner districts, unlike changes at the state level. Gov. Kevin Stitt has called for a special legislative session starting Nov. 15 to approve new maps for Oklahoma’s legislative and congressional districts.

Under Oklahoma law, commissioners are required every 10 years to create three districts that are as equal in population as practical, following the federal census. The districts must be within 5% of each other for compliance.

Under the approved map, Fairgrounds Road will now divide most of District 1 and District 3. The primary effect of the re-districting is assigning the responsibility of maintaining county roads within a district.

Property owners from the east side of Brush Creek Road to the west side of Fairgrounds Road, extending from a little north of Airport Road to State Highway 51 are now in District 3 instead of District 1.

Property owners from the east side of Brush Creek Road to the west side of Fairgrounds Road, extending from the south side of 19th Avenue to 68th Street also shifted into District 3.

Property owners from the east side of Fairgrounds Road to the west side of Prairie Road from a little north of Airport Road to State Highway 51 are now part of District 1 instead of District 3.

District 2 Commissioner Chris Reding, whose district includes the City of Stillwater, is responsible for one mile of roadway, but the actual work is handled by Blasier and District 1 Commissioner Zach Cavett.

In other business, the commissioners approved a proposal from the Payne County Sheriff’s Office to buy 50 TASER weapons and 45 body cameras from Axon Enterprise, Inc.

Undersheriff Marvin Noyes said the existing taser guns and body cameras used by PCSO are becoming obsolete and are difficult to repair and maintain.

The contract with Axon will save approximately $198,000 over the cost of selecting separate vendors for the taser guns and the body cameras, Noyes said. The approved contract requires PCSO to pay Axon $87,510 annually. Ownership of the taser guns and body cameras transfers to the Sheriff’s office after five years. The Sheriff’s office retains the right to review and cancel the contract annually.

The commissioners approved a contract with the Town of Glencoe to provide jail services for the town at the rate of $27 per day for inmates housed at the county jail.

The commissioners also approved a contract with the Town of Perkins to help maintain its streets and alleyways. Perkins will provide the cost of materials while Blasier provides up to 80 hours of labor at no cost to the town. The commissioners can enter into this type of agreement to assist smaller towns in the county.

Find Mark A. Moore on Facebook as Mark Moore SNP.