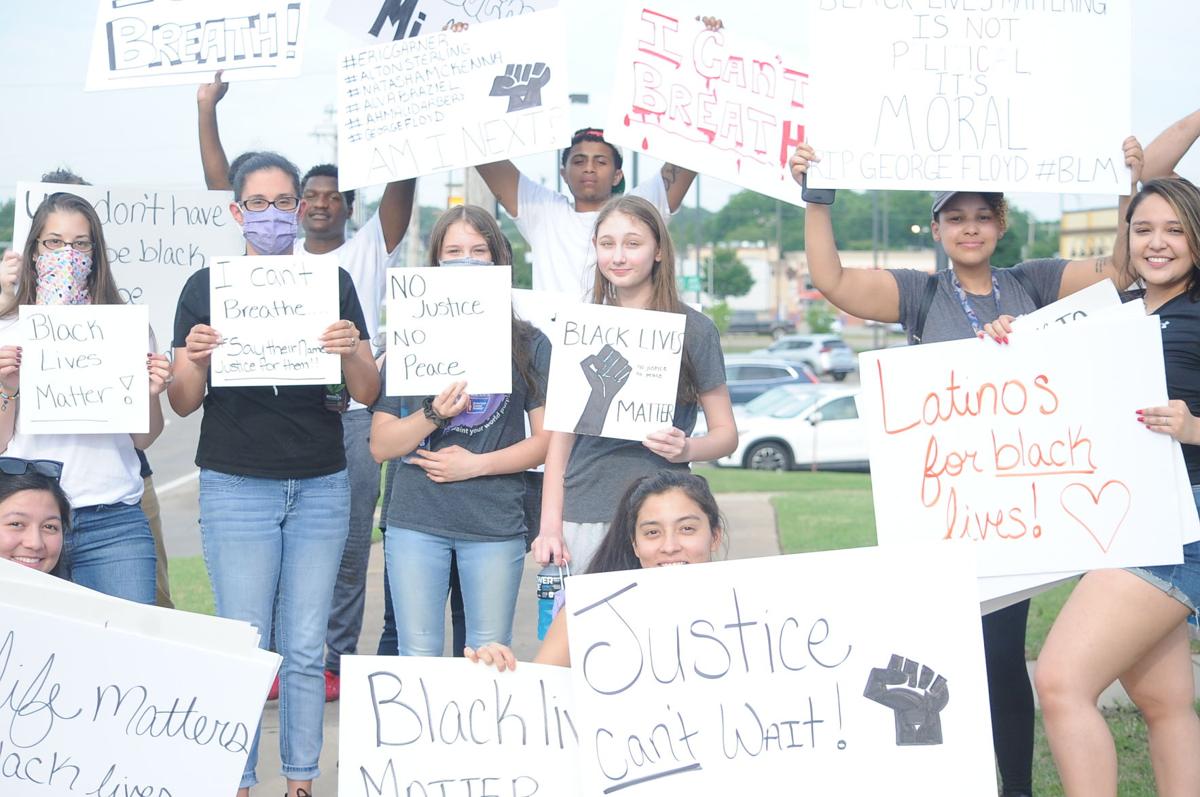 A small group of marchers joined a spontaneous march on Monday that began at Boone Pickens Stadium and continued along Hall of Fame Avenue. 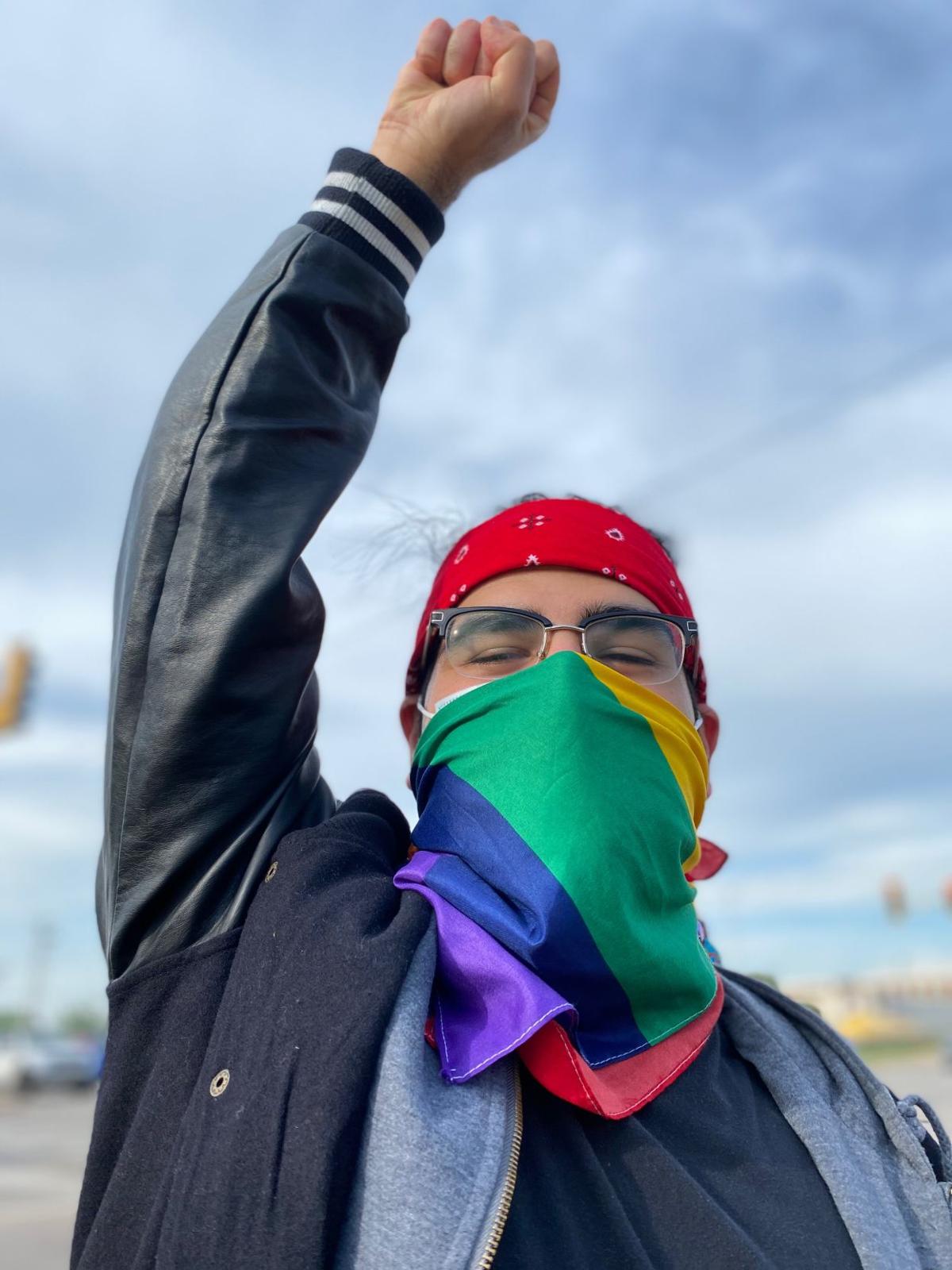 A peaceful protester raises his arm in support during a small march that gathered Monday.

A small group of marchers joined a spontaneous march on Monday that began at Boone Pickens Stadium and continued along Hall of Fame Avenue.

A peaceful protester raises his arm in support during a small march that gathered Monday.

As young people watch the rallies and protests taking place across the country following the death of George Floyd, many of them are feeling compelled to take some kind of action.

That desire to make a difference has resulted in two protests being organized in Stillwater this week.

The 21-year-old said she wanted to march to draw attention to what black people experience every day. She has a lot of black friends and family members and it felt good to be doing something, she said.

“I think us as other people, and as humans, should stand up for them and help them, do what’s right,” Marquez said. “… People shouldn’t be ignoring the small towns … just like the big towns, they should be doing it in the small towns too.”

Emily Croft, 17, of Stillwater, is organizing an event Wednesday that is listed on Facebook under the title “We Can’t Breathe – peaceful protest.”

Croft, who is entering her senior year at Stillwater High School, says she wanted to give people like her who haven’t been able to attend the protests in Oklahoma City and Tulsa an opportunity to show their support for Black Lives Matter and to remember and memorialize victims of police brutality.

Croft wants to be sure the protest is peaceful and she is meeting with Stillwater Police Chief Jeff Watts in advance to coordinate and ensure everyone stays safe.

The people taking part are being asked to wear face coverings and maintain social distancing to prevent the spread of COVID-19. They are also asked to stay on public property and avoid blocking streets or the entrance to the police station.

The program will begin with nine minutes of silence to represent the nine minutes George Floyd spent pinned to the ground and continue with a reading of the names of people killed by police.

There will be a time to discuss the actions individuals can take to help the black community, including causes to donate to, numbers to call, protests to support and books to read.

There will also be time to discuss legislative actions to help protect the black community and ways to make police forces more representative of and responsible to the communities they serve.

“We understand that public and police relations can be fragile, so we must always be transparent, honest, and open with our citizens,” Watts wrote. “We welcome opportunities to engage the public with conversations about how we, your police department, can better serve the community … We fully support our citizens’ rights to gather and protest peacefully.

“The city and the police department stand with the protestors in their plight to ensure that everyone is treated equally by police officers and that rogue police officers are held accountable for their actions. We, the police, are just as frustrated as our citizens are that there are officers in our nation that violate the Oath of Office and the policing principles that allow us to protect and serve our citizens with honor and integrity.

“We trust that the people of our community will express themselves in a positive and constructive way and will be prepared to serve and protect the demonstrators, as well as the surrounding areas, offices and businesses. We also trust that everyone involved will not tolerate those who seek to undermine the hard work and good intentions of the citizens gathered to voice their concerns.”

As the Chief of Police for the City of Stillwater, I am reaching out to our citizens to express my sadness and frustration with the events sur…