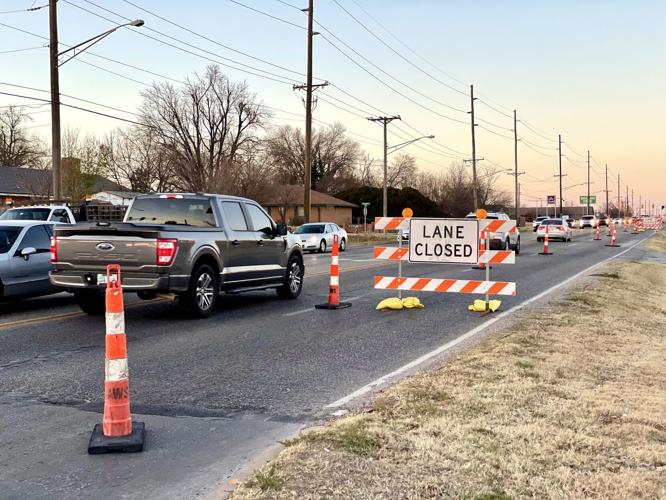 Perkins Road will be reduced to one lane of traffic in each direction beginning Monday. The closures will continue through the fall. Michelle Charles/Stillwater News Press

Although the bulk of construction on Perkins Road will take place beginning at McElroy Road and to the north, lane closures will begin as people approach the intersection from the south. Provided

The Oklahoma Department of Transportation announced Friday that Perkins Road/US-177 will be reduced to one lane of traffic in either direction between Hall of Fame Avenue and Lakeview Road, starting at 8 a.m. Monday.

Construction on the two-year, $18 million project began in December.

They should also be aware that lanes will be striped at 10 feet wide and look out for signs warning of lane restrictions and driveway closings.

ODOT has said some business driveways will be blocked along Perkins Road, but at least one entrance will be accessible at all times. The plan is for Phase 1 to be complete by fall, weather permitting, City of Stillwater Director of Communications Dawn Jones said.

Although the project will be under construction for almost two years, the contractor will be suspending work during the weekends of Oklahoma State University home football games, resuming after football season.

City Manager Norman McNickle previously told the News Press there are penalties built into the contract for having lanes blocked during football game weekends.

Phase 2 will begin after the football season ends, and work will focus on the west side of the roadway.

Drivers can expect lane shifts and reduced speed limits in work zones, ODOT warned. They should expect delays and allow extra travel time on Perkins Road or use alternate routes.

The contractor for the project - a partnership between ODOT and the City of Stillwater - is Duit Construction Company Inc., of Edmond. Work is expected to be complete in winter 2023.