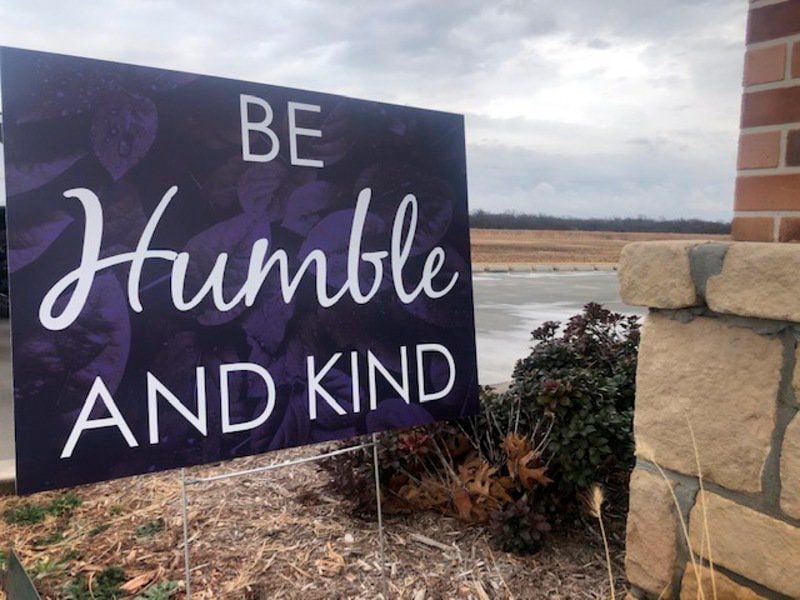 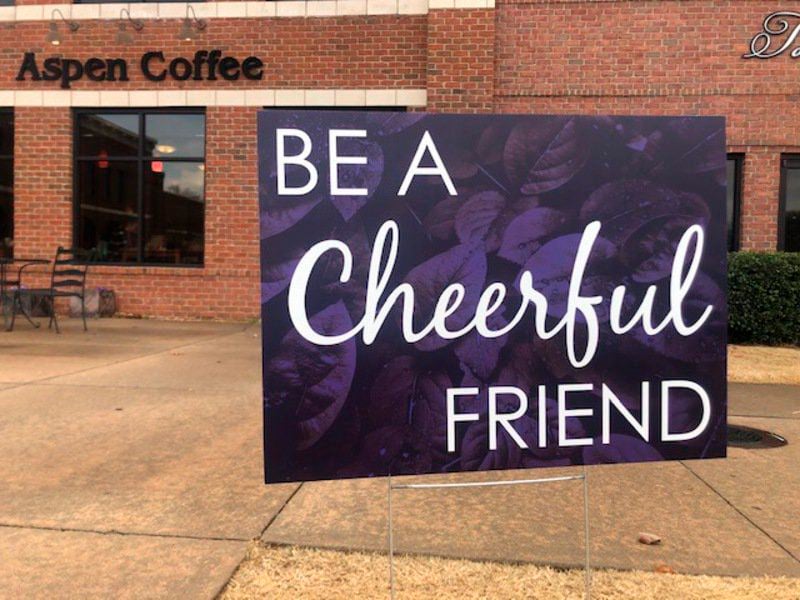 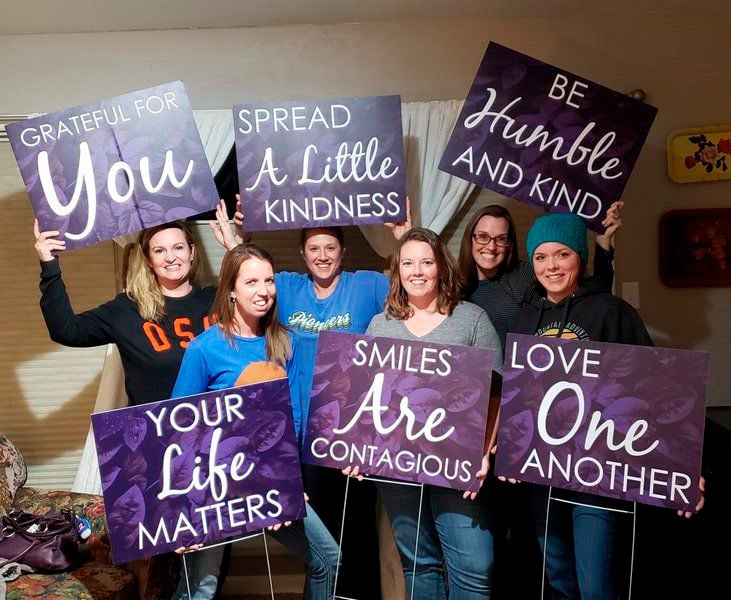 Provided A group of Stillwater residents are posting signs around Stillwater with a mission to “spread kindness and positive messages throughout our community at no charge and with no obligation to those receiving a sign.”

Provided A group of Stillwater residents are posting signs around Stillwater with a mission to “spread kindness and positive messages throughout our community at no charge and with no obligation to those receiving a sign.”

If you haven’t already, you will begin to notice purple signs promoting positive messages all over Stillwater in the next few weeks.

“The messages are not associated with any church or organizations,” Rachael Condley, coordinator of the movement, said. “They are no-strings-attached messages because honestly that’s what we all need.”

Condley and her family were in Van Buren, Arkansas, over the holiday and saw the messages around every street corner.

Upon further investigation she learned the idea came from Alan Swaim, a local resident who wanted to inspire kindness after battling an illness.

“They just spoke to me,” said Condley, who contacted Swaim and asked if she could take the idea home to Stillwater. Without hesitation he agreed.

Together they decided Stillwater would include the same 20 messages and design as those in Van Buren in order to keep the original mission going.

The mission is to “spread kindness and positive messages throughout our community at no charge and with no obligation to those receiving a sign.”

“I posted the idea on Facebook on Saturday,” said Condley. “And then it just blew up.”

After the initial post, Rachael received a call from Clint Metcalf of Cornerstone Family Dentistry offering to buy the first 100 signs.

A few hours after posting, the group had 154 official requests through their online form, a handful of people who agreed to help organize, people who volunteered to deliver signs, and 200 signs sponsored.

“The numbers continues to grow,” Mindy, a Positive Signs Stillwater volunteer. “It’s refreshing to be a part of something so simple and so needed.”

“Five hundred have been delivered,” Condley said. “It is my hope that we have enough interest, money and volunteers to have several thousand.”

For more information, to get a sign in your yard, to donate or to volunteer to deliver signs check out the Facebook page Positive Signs STW or email PositiveSignsSTW@gmail.com.