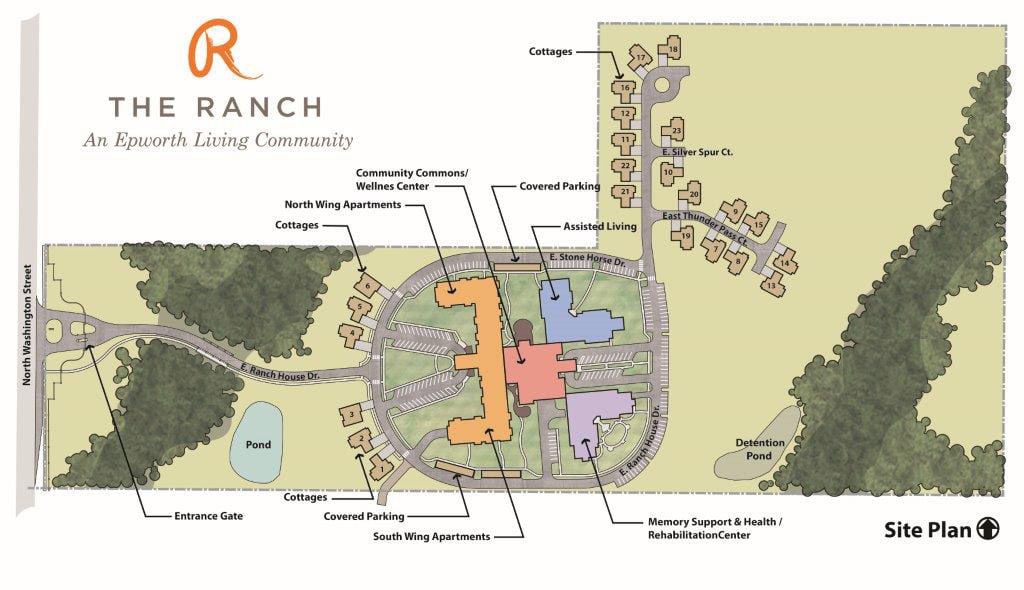 An artist’s rendering showing the layout of the The Ranch, a 55-acre continuing care retirement community being built just north of the Lakeside Golf Course off of Washington Street. 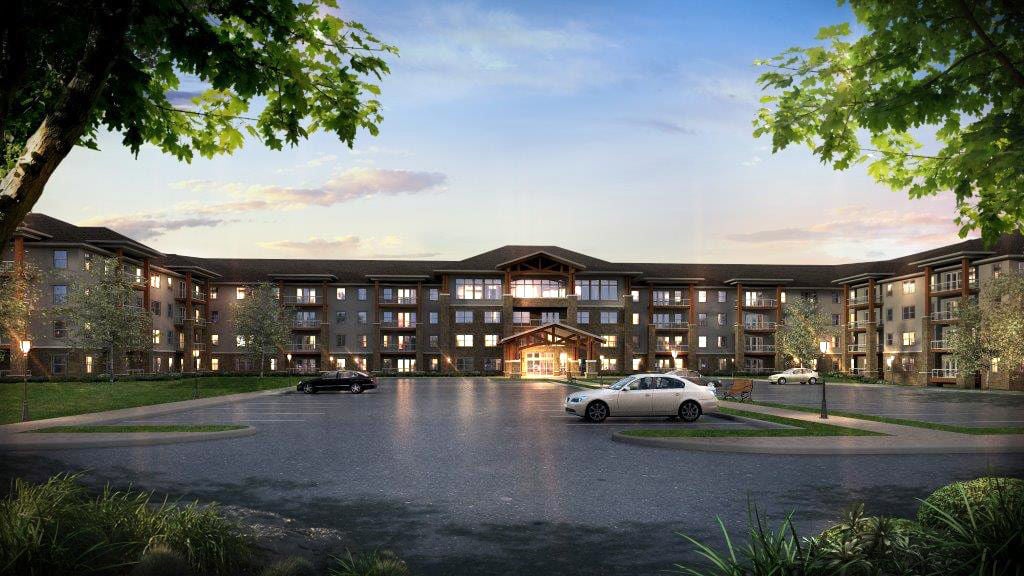 An artist’s rendering of The Ranch, a continuing care retirement community set to open in Stillwater in 2017.

An artist’s rendering showing the layout of the The Ranch, a 55-acre continuing care retirement community being built just north of the Lakeside Golf Course off of Washington Street.

An artist’s rendering of The Ranch, a continuing care retirement community set to open in Stillwater in 2017.

A $110 million first-of-its-kind retirement community in Stillwater is coming to fruition with a private groundbreaking Thursday after decades of planning, setbacks and perseverance.

The continuing care retirement community known as The Ranch is being built on 55 acres just north of the Lakeside Golf Course off Washington Street sandwiched between a thick canopy of trees with gently rolling hills.

It will offer 137 independent living units made up of cottages and apartments.

It is expected to employ about 125 personnel, according to Joe Haney, vice president of advancement for The Ranch, an Epworth Living Community, which will manage the nonprofit facility.

The idea for The Ranch was discussed for many years at OSU Emeriti Association meetings prior to Ron Beer serving as the association president from 2002-04.

During his time as president, Beer said 35-acres were to be donated at 19th Street and Range Road but the project – then called the White Woods Retirement Campus – wasn’t built because sufficient water pressure couldn’t be assured.

They had a developer ready to move forward with the project in 2007 but once the recession hit, they weren’t able to sell the necessary bonds, according to Haney.

The project was moving forward at the current location but was delayed about 1 1/2 years ago after a sibling retirement community to The Ranch in Oklahoma City called Epworth Villa went through Chapter 11 bankruptcy, according to Haney.

But on Monday, 21 investors bought the $110,960,000 in bonds and The Ranch received those funds Tuesday paving the way for construction to begin.

“Too many retired OSU professors were going elsewhere after retirement,” Beer said. “It (The Ranch) will provide an opportunity for people who have invested a large part of their life to this community a place to stay.”

Ron – who is currently president of The Ranch board of directors – and his wife Cara, plan to live in an apartment at The Ranch.

“I’m so excited the community of Stillwater will be able to have a CCRC,” Haney said. “There aren’t a lot of towns this size that will have a facility like this.”

What separates The Ranch from other retirement centers in Stillwater, Haney said, is the fact that they offer independent living, assisted, skilled nursing, memory and hospice care.

Aging residents within the community won’t be forced to uproot their lives, leaving their friends, doctors, church, banker or grocery store behind, Haney said.

All five areas of care will open at the same time.

“I think without a doubt, the Ranch will draw people to Stillwater,” said Norman McNickle, Stillwater’s city manager. “Stillwater will benefit from the many construction trades who work on the project and from the purchase of materials to build the facility.”

Construction is expected to take 18 months and the facility should open late 2017 or early 2018.

The average entrance fee – which is refundable – is $200,000 and monthly fees average $3,000, Haney said, though prices differ depending on the unit selected and occupancy.

Prospective tenants reserve their spot by putting 10 percent of the entrance fee down as a down payment.

Currently, 96 deposits have been made, Haney said.

Residents must be 62 or older or part of a couple with one resident at least 62.

The independent living homes include 23 two-bedroom cottages, and eight either one- or two-bedroom apartments.

“It is a place to live and engage in activities to be healthy as opposed to being a place to die,” Beer said.

The community will also include an 85-vehicle underground parking lot that doubles as a safe room during severe weather.

An assisted living facility and memory support and health/rehabilitation center are also located on the campus.

“You will never be asked to move no matter what level of care you need,” Haney said.

That idea was appealing to Wes Watkins, a former Oklahoma congressman who previously owned the land The Ranch will be built on.

The 77-year-old Stillwater resident and his wife, Lou, plant to move into the facility.

“We can go in as independent, then assisted, then memory care or skilled nursing,” Watkins said. “The older I get the more appealing the idea of not moving again is.”

Watkins said the facility will be a big draw to attract people back to Stillwater so they can be close to OSU.

“I promote Stillwater and OSU because this is the closest place to heaven,” Watkins said. “This facility will make it even better.”

Foreclosure hearing set for The Ranch